Diabetes: Consume These Spices To Control Your Blood Sugar Levels

Are you a diabetic patient and struggles with controlling your blood sugar levels? Read on to know about the spices that can help you! 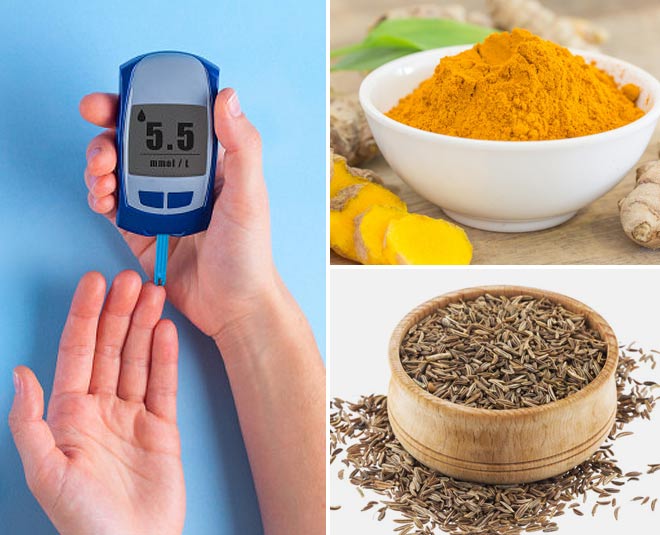 Over the years diabetes has become a very common problem around the globe. There are various reasons behind it, unhealthy eating habits being one among them. It actually is a disease that occurs when the blood glucose rises above the average. The blood glucose, also known as blood sugar is the main source of energy that comes from the food we consume. Diabetic people must be very mindful of what they are putting into their systems in order to maintain their blood sugar levels. Besides taking medicines and herbs recommended by medical experts, a couple of common spices can help diabetic patient big time.

This Indian spice is known for its sweet and woody flavour. Not only it is great to make food delicious, but also for its many health benefits. The antioxidant in cinnamon improves insulin sensitivity and reduce fasting blood sugars. One thing that is very important for diabetic people is that they should prevent cell damage. And as per health reports, cinnamon protects the cells in the body, but also makes it stronger. One can either add this amazing spice in their food on a regular basis or can consume cinnamon water once in a while. Both are likely to boost health. In India, turmeric has been used for centuries for its medicinal values. In fact, this superfood is regarded as one of the healthiest spices one can add to their daily food. It can keep diseases away from you and can also fight viruses or bacteria that somehow entered the body. When it comes to diabetes, it is most likely effective in improving insulin sensitivity and reduce blood sugar levels. Add it in your herbal tea, curry, rice or snacks to receive its maximum benefit.

Don't Miss: Consume These Foods To Prevent Greying Of Hair

Fenugreek is amazing for skin, hair and health. This all-rounder spice is loved by many for its bitter undertone and a strong aroma reminiscent of curry powder. Its various recipes are quite popular and are consumed in most part of India. Diabetic people must include fenugreek in their diets because of its hypoglycemic activity, as it can improve glucose tolerance, besides also lowering the blood sugar levels. It actually is great for people with Type 2 diabetes, because fenugreek positively affects their blood glucose and lipid profiles, as per health reports.

Don't Miss: This Black Pepper And Cloves Detox Water Is Great For Digestion Most of the Indian dishes, such as jeera rice, aloo jeera (delicious hing jeera aloo recipe), masala dal, etc are not considered complete without cumin. Daily consumption of this spice is likely to lower blood sugar and cholesterol, an element in the body that keeps increasing due to eating a lot of junk and fast foods. Alongside exercising and following a healthy balanced diet, one should also take it cumin, as it will have a good effect on the advanced glycation end products (AGEs). This element is highly damaging in diabetes.

Fennel seeds resemble like cumin, but their tastes are poles apart. This Indian spice has a strong flavour profile and is not just used to prepare dishes, but also delicious summer drinks. The seeds of fennel contain healthy enzymes that work against diabetes. A chemical called anethole found in fennel blocks several inflammatory agents in the body. As per health reports, this spice also holds the capacity to fight cancer. Follow the traditional path and chew fennel seeds after a meal to clean your teeth, freshen your breath, and to control your blood sugar levels.