Ahead of entering the Bigg Boss house, Jasmin Bhasin talked about his marriage plans with Aly Goni.

We have seen strangers bonding well inside the Bigg Boss house, falling in love, and eventually taking the relationship forward. However, this time, we saw best friends ending up realising that they are in love!

Yes, Jasmin Bhasin and Aly Goni who were best friends all these years ended up falling for each other and even confessed it on national television. Jasmin Bhasin has now entered the house again to support Aly Goni. Before heading to the Bigg Boss house, she shared her marriage plans, the moment she felt she was in love, and a lot more.

The Moment That Sealed The Deal

Jasmin Bhasin and Aly Goni have been friends for years but what was that moment that made love happen? In an interview, Jasmin shared that during a task, all the housemates were dancing to popular songs and that's when she had a conversation with him and it was a meaningful one. She further shared the moment that sealed the deal for her and that was her eviction. When Jasmin Bhasin got evicted, Aly Goni broke down into tears and it was so emotional that even the host Salman Khan went on to cry. However, the moment was a victory for Jasmin Bhasin. She shared that it was a dream come true for her that somebody loved her like that!

Earlier, when she was inside the Bigg Boss house and when her parents entered during a special task, they asked her to play her separate game. It looked like her parents weren't very happy seeing Jasmin and Aly's relationship on the show. Jasmin Bhasin cleared the air about the same and said, “The confusion was a result of my parents’ advice to play solo in the show. Their statement was misunderstood. They said it in the context of the game. My family is very broadminded. They have always left my decisions to me and supported me throughout. That’s how it is this time as well. There is no reservation or problem." 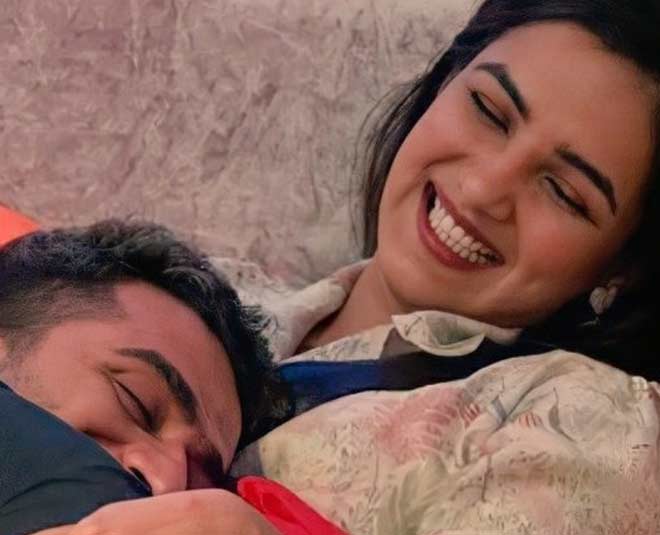 Talking about her marriage plans to a news channel, Jasmin Bhasin shared that she wants to discuss the relationship with Aly after he comes out of the Bigg Boss house and decide how to take things together.

She also shared that she has fallen in love and doesn't mind getting married this year if her parents are okay with it. Jasmin also said that she has met Aly Goni's parents a couple of times and if they approve of the relationship, she will not wait and get married because she knows Aly is the one for her.

Don't Miss: All Not Well Between Aly And Jasmin After Family Week? Here Is All You Need To Know

As seen in the latest promo, Jasmin Bhasin warns Aly Goni of Rubina Dilaik. She can be seen telling him that Rubina is not supporting him at all and he is looking nothing but a side kick on the show now. Well, this is not the first time that Jasmin Bhasin accused Rubina Dilaik of being manipulative, fake, or a clever player. While she was inside the Bigg Boss house, things weren't great between the two. In the promo, Jasmin Bhasin can also be seen apologising to Rahul Vaidya for misunderstanding him.

Well, we can't wait to see how things go inside the Bigg Boss house the next week with connections making it to the show. What are your thoughts? Share with us!