Visit Kolkata To Know That Kolkata Is Beyond Pujo

Always wanted to travel to the city of Joy, Kolkata? Here are more reasons to take this trip apart from Pujo! 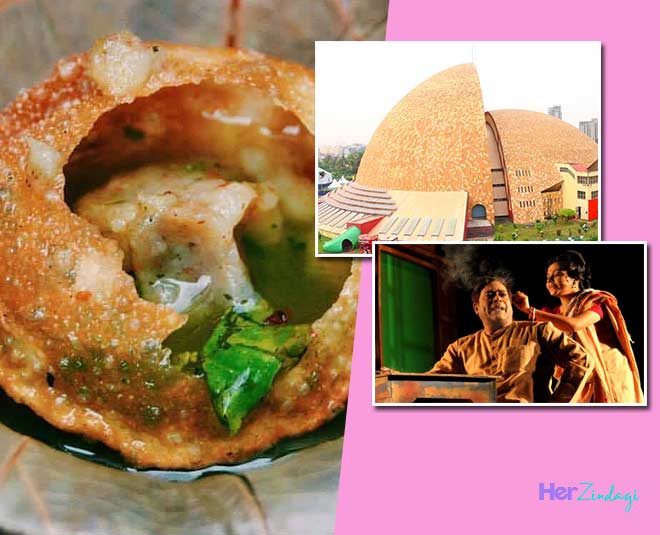 They say if you give anything to a Bengali, he/she will transform it into a celebration and probably that is the reason, their city is called the City of Joy, Kolkata. If you haven’t visited Kolkata, and you happen to be one of those people who feel Kolkata is nothing beyond Durga Puja, you are very wrong. Kolkata is one of those cities in our country that is till date not only attached but extremely proud of its culture. The cultural inclination of Kolkata does not make it fall behind on science and innovation. Kolkata is one of the most advanced cities in India which has shades of culture, technology, poetry and theatre, music, dance, and food of course. Kolkata is not just any city, it is the city of joy, it is a lifestyle, it is love. So, before we get overboard introducing Kolkata to you, let us get straight to the point and list down things that you must try on your trip to Kolkata! We cannot be writing about Kolkata without starting with food. A major part of the culture of this city is seen in its food. By food, we don’t just mean sweets. While Rasgulla and Sandesh do play a very important part in the food culture of the city, you can’t miss out on the ‘Puchka’. Kolkata is probably the only place where you will have the most traditional Bengali food on one side of the road and the most exotic and authentic English food on the other. The best chai in clay cups and the best coffee roasteries. Mouthwatering kachori sabzi in one shop and the most scrumptious noodles from China town. You may be a food lover, but you just can’t beat a Bengali at it because nobody eats like a Bengali! While we are already on the topic of food, let us tell you something about the people of Kolkata. When we say they like to celebrate, we dont mean they just celebrate the normal festivals that everyone does. They make their own festivals and enjoy like there is no tomorrow. A similar festival is the Hilsa Festival(Ilish Utsab). Hilsa is a particular variety of fish that is extremely dear to the Bengalis. However, it is available only during the months of June, July, and August. If you want to see an entire city go absolutely crazy about the availability of a fish, do travel in these months. Every billboard of the city announces the festival and advertises the restaurants where the fish is being prepared. Every restaurant has its own day where it goes all out with Hilsa preparations. They will eat and they will make you eat with equal excitement! While we just concluded that no one eats like a Bengali, no one feeds like a Bengali as well! While the people of Kolkata take pride in their food, culture, and Rabindra Thakur, they also boast the establishment of Victoria Memorial. A beautiful architectural establishment made only with marble, Victoria Memorial was built between 1906 and 1921. Today, this monument is one of the favourite picnic spots for the people living in Kolkata. On any weekend if you visit this place(which we highly recommend you to), you will find people sitting in the garden on a sheet of cloth, with a picnic basket, Luchi and Aloo Dum on paper plates having the time of their lives! These are two different places but perfect to spend your weekend at! At Eco Park, you can go ice skating, cruising, kayaking, zorbing, butterfly release, archery, bird watching, gun shooting, paddle boating, duo cycling and so much more! You can go here with your entire family and enjoy fun activities like zorbing and archery or come here with your better half and have a romantic duo cycling and paddle boating session.

Nicco Park, on the other hand, is an amusement park in Kolkata that has a water park and normal rides. There are some cafes inside, the most thrilling and adventurous rides, and a huge layout!

This is one of the major attractions in Kolkata. It was inaugurated in the year 1977 and was developed by the National Council of Science Museums. In fact, it is one of the largest and the most unique museums of its kind in the world and the largest in the Indian Subcontinent. When at science city, you can enjoy the Digital Panorama, the Space Theatre, A Dark Ride to see the evolution of life, and much more!

Be sure to visit Kolkata at least once in your life to experience culture like you have never before, eat the best food you would have ever had and just get the essence of celebrating life, laughter and love on a daily basis!