If you are a devotee of Lord Shani or Saturn then you can't miss paying a visit to these temples.

One of the most revered deities of Hindu Mythology, Lord Shani is widely worshipped in the country. The son of Surya and Chhaya, Lord Shani is believed to be the God of karma and justice.

It is said that Lord Shani gives results to everyone based on their thoughts, speech, and karma. 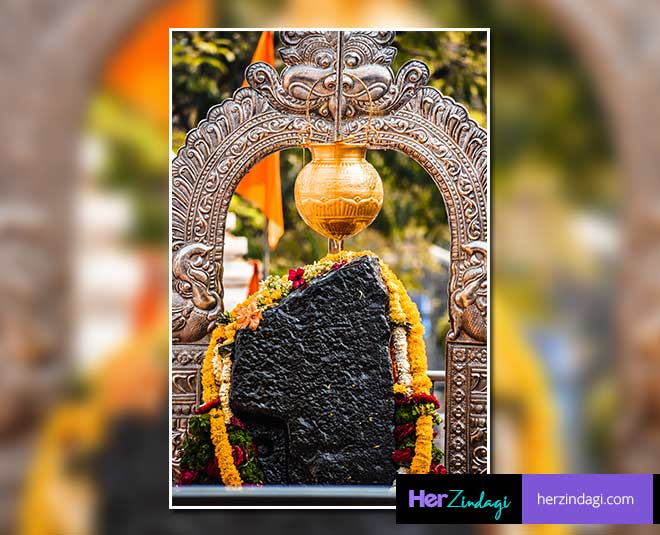 Have you heard of the village where the homes have no doors and no locks? It is the story of Shani Shinganapur. The people residing here are followers of Lord Shani, the Lord Of Saturn and they believe that there is no need for security because Lord Shani is their guardian.

According to a 300-year-old legend, a black slab was found on the shores of Panasnala River which once flowed through the village. When the locals touched the slab, blood started to ooze out of it.

Lord Shani once appeared in the dreams of the village head and told him that the slab is his own idol and should be kept in the village. The head was asked to never cover the rock as he won't be able to see the village properly. The villagers then installed it on a platform in the center of the village and didn't cover it with anything.

Ever since then the villagers and people from all across the country visit the temple for the blessings of Lord Shani. People residing here never close their doors or lock their homes as they believe Lord Shani will immediately punish the thief with blindness if they do any such thing. 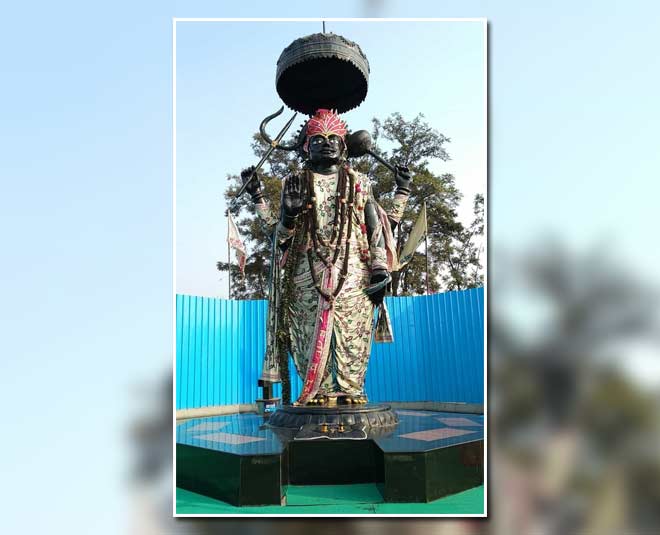 The Shani Dham temple in the capital has the world's tallest statue of Lord Shani. The idol was installed back in the year 2003 and ever since then, the temple became a big attraction for all the devotees of Lord Shani.

Thirunallar is a small town in Karaikal, Puducherry. It is best known for its temple dedicated to Lord Saturn or Shani, Tirunallar Saniswaran Temple. 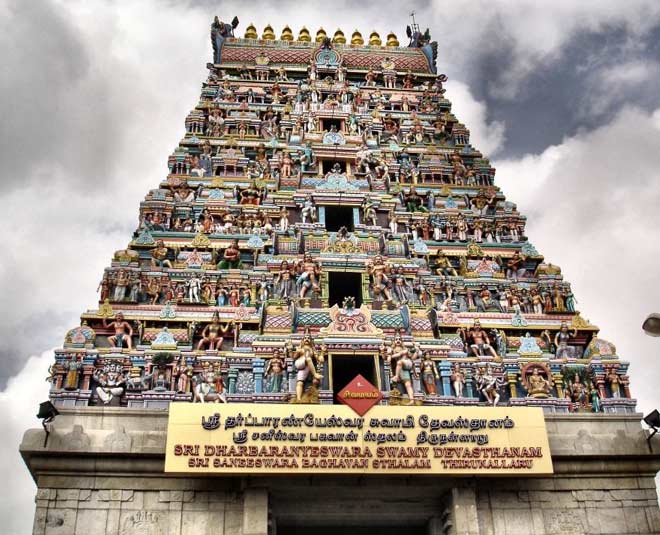 It is believed that King Nala got relief of his disease caused by the influence of Saturn after worshipping at this temple. The place is called the Nala Theertam ever since then. Devotees from all over the world come here to bath and get rid of any problems or diseases caused by the past karmas.

Another revered temple dedicated to Lord Shani, the Shanichara temple is visited by devotees from all over the world. According to the legend, when Lord Shani was thrown by Lord Hanuman from Lanka, he came and fell at this place.

The temple has a temple of Lord Shani which was brought from Lanka. People believe that taking a parikarma of the Shani Parvat here can help them get relief from the curse of Lord Shani Dev.

There isn't just one story related to this Lord Shani temple. It is believed that the temple exists from the time of the royal Holkar Dynasty. According to many stories, Devi Ahilyabai came here to worship Lord Shani.

According to a 300 years old story, once a blind priest came here and later dreamt of Lord Shani who then gave him his eyesight back. According to another legend, the idol of Lord Shani was located where the statue of Lord Rama is placed currently but one night the idol moved on its own and came to the place where it is today.

Have you visited any of these Lord Shani Dev temples in India? Share your story with us on our Facebook page.