To The Time When Sridevi Secretly Got Married To Mithun Chakraborty

Mithun was a married man when the actor tied the knot with the late actress, Sridevi in the 80s.

Sridevi was considered the other woman and a home-wrecker for all her life. For first being involved with Mithun Chakraborty and then Boney Kapoor. For a troubled love life the actress lived, here’s a timeline! 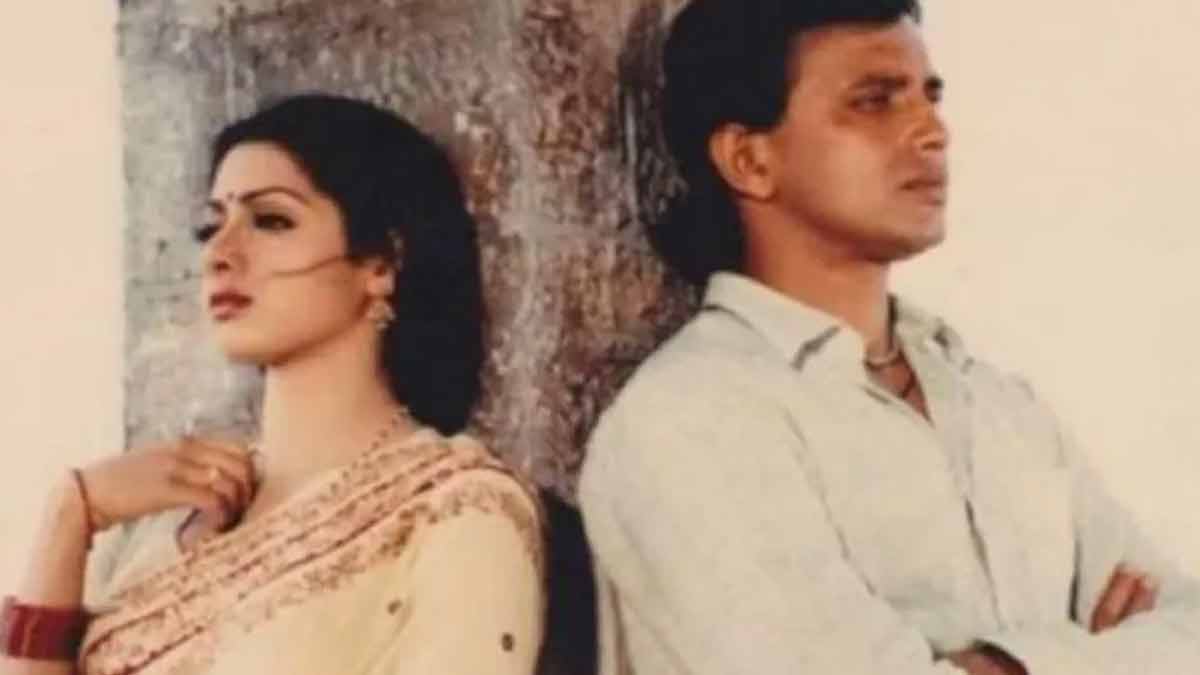 In the early 80s, Sridevi tied the knot with another actor, Mithun Chakraborty, they never publicly admitted to ever having been in a relationship. The two had secretly tied the knot in 1985 while Mithun was already married to Yogeeta Bali.

On knowing about the marriage, Yogeeta Bali had allegedly attempted suicide. Mithun’s first wife had also come out in an interview saying she would accept Sridevi and their marriage if that was the case.

For having to choose between the two, Mithun Chakraborty decided to stay well and safe with his first wife, Yogeeta Bali as she stood by him through thick and thin, leaving Sridevi with a broken heart.

What Was The Relationship Between Sridevi And Mithun 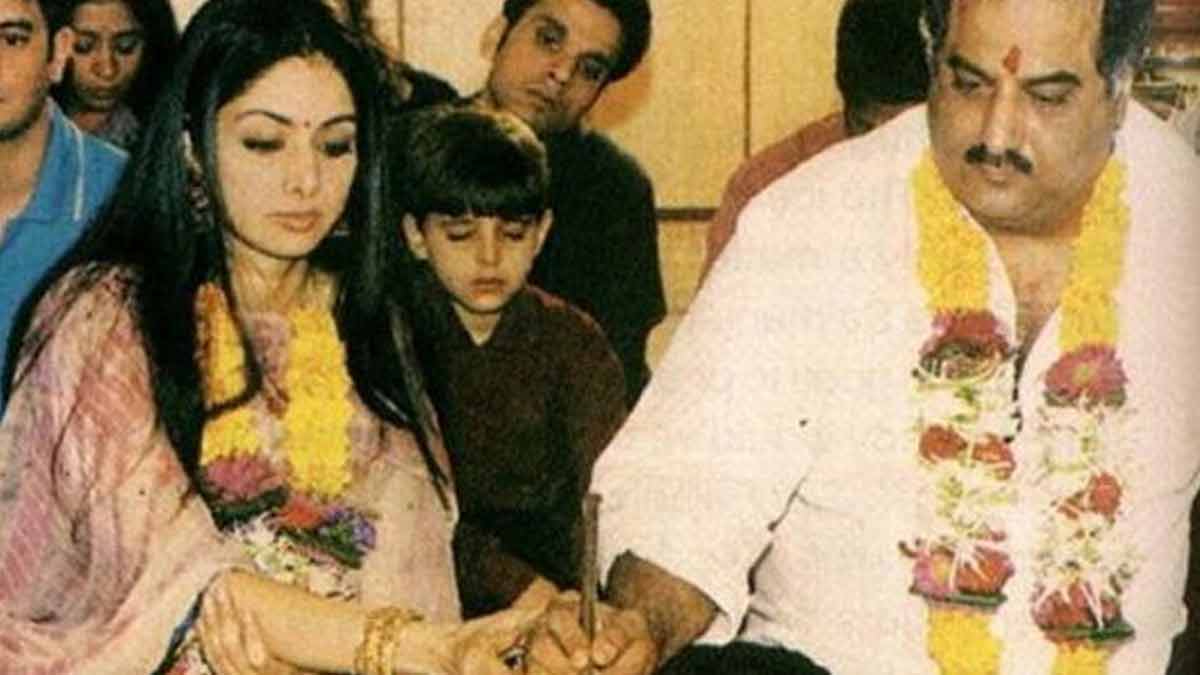 The relationship between the two was reported to have grown stronger while the two were filming Jaag Utha Insan in 1984.

The two were really close to one another while Boney Kapoor had always been the best friend to Mithun Chakraborty. While Boney and Mithun were close friends, it is known to the world that Boney Kapoor’s first wife, Mona Kapoor and Sridevi had been close friends too.

Mona had given Sridevi a place to stay while Sridevi was dating Mithun Chakraborty. The two remained friends until Mona was made aware of her ongoing relationship with her husband, Boney Kapoor.

Mithun’s insecurities grew through their relationship, he had asked Sridevi to tie Boney Kapoor a ‘rakhi’, making them brother and sister by nature. This helped Mithun be sure of nothing had ever happened between the two. 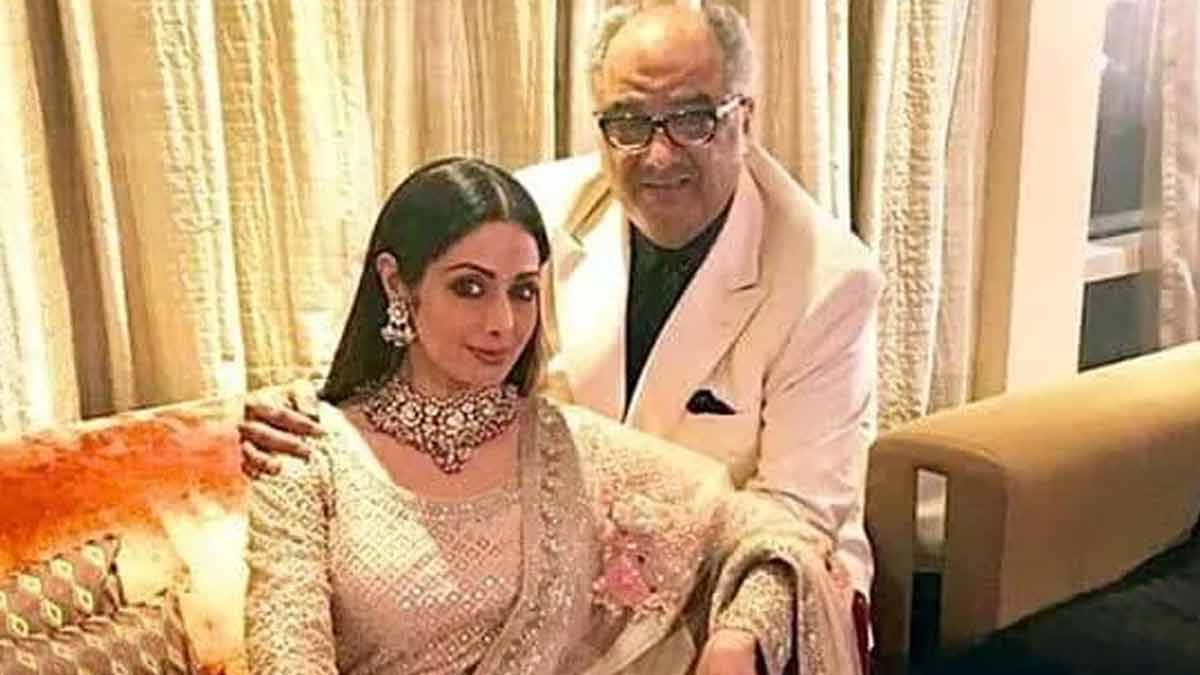 As Mithun Chakraborty chose Yogeeta Bali over Sridevi, the actress was left all by herself, with a broken heart to mend. This is when Boney Kapoor offered her a shoulder of trust and love.

It was in 1996 that Boney Kapoor and Sridevi tied the knot, soon after the actress got pregnant with their first daughter, Janhvi Kapoor.

After what Sridevi did to Mona and her children, Mona’s mother, Sattee Shourie had a public fight with the actress. Sattee not only abused the diva verbally but also tried to physically abuse her! Mona’s outrage towards her husband’s second wife was quite visible in her interviews. After all the tamasha, Sridevi put a ban on Boney to meet his first family! He was asked to cut off all the ties from Mona, Arjun, and Anshula. 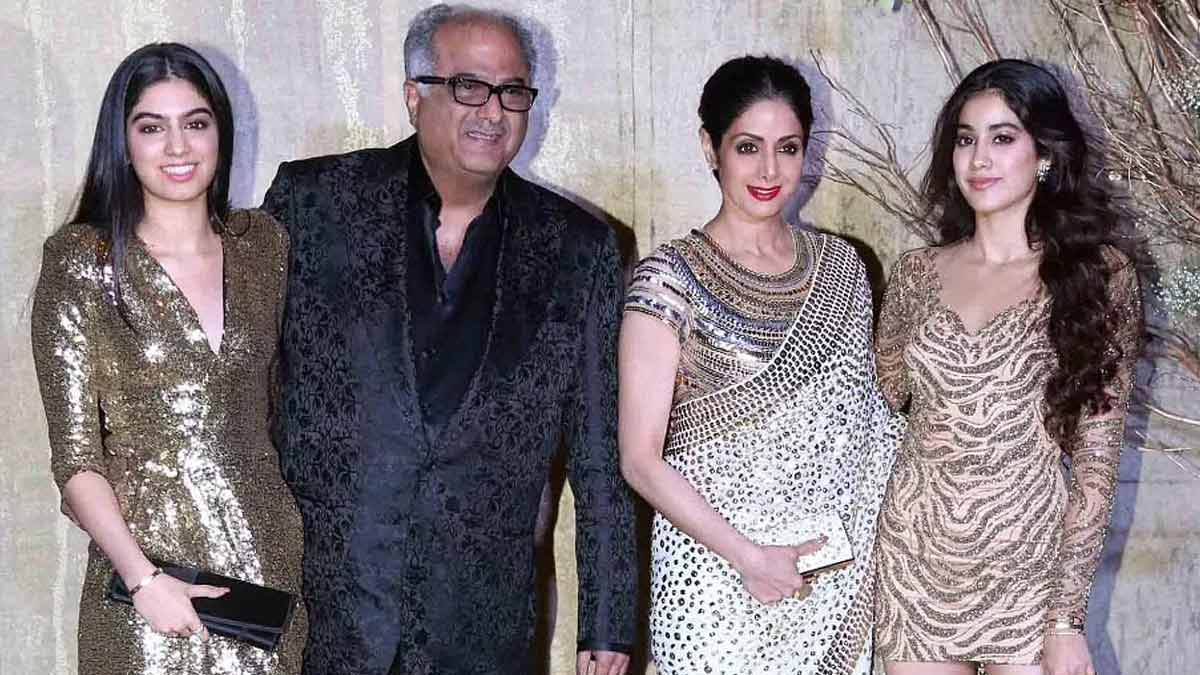 Sridevi and Boney Kapoor had their first child, Janhvi Kapoor in 1997 while their second born, Khushi Kapoor was welcomed to the world in the year 2000. While Janhvi Kapoor has already made her debut in Bollywood with ‘Dhadak’ alongside Ishaan Khattar, Khushi Kapoor is yet to make herself a place in the industry.

The two children share a good relationship with their father’s first wife. Post Sridevi’s death, Arjun and Anshula Kapoor were seen spending quality time with Jahnvi Kapoor and Khushi Kapoor, filling their long-lost void of being related to one another.

Have more questions? Connect with us over our official Instagram and drop us a comment. Stay tuned to HerZindagi for more updates and viral stories!