Kareena And Saif's Second Son's Real Name Is Out, Here's All You Need to Know

Did you know the name that Kareena Kapoor and Saif Ali Khan have given to their second child is not Jeh? Read to find out!

Kareena Kapoor and Saif Ali Khan welcomed their second child, a baby boy earlier this year. Unlike last time, Kareena and Saif clearly wanted to keep their second son away from the limelight which is why they didn't even reveal the name of their baby boy.

The couple also didn't share an official picture of their second baby on their social media. However, sometime back, Kareena Kapoor's father, Randhir Kapoor had accidentally posted a picture of him on his social media and deleted it later.

Before veteran actor Randhir Kapoor could delete his post, it was seen by a lot of netizens and picked by some media houses too. The picture had a collage of Kareena and Saif's two baby boys. Randhir Kapoor Confirms The Name Of His Second Grandson

In her book, Pregnancy Bible: The Ultimate Bible for Moms-To-Be', even though she addressed her second son as Jeh all through the book, in the caption of one of the images of her book she called him Jehangir!

What Is The Meaning Of The Name 'Jehangir' And 'Jeh'? 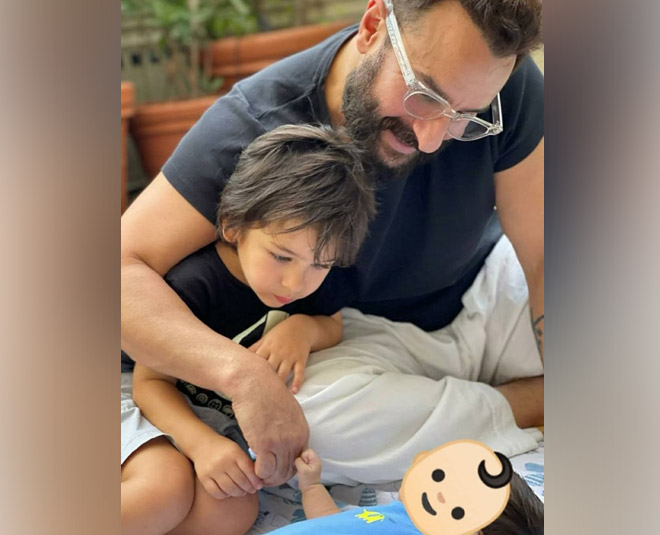 Wondering what does the name 'Jehangir' mean? Jehangir refers to 'Ruler of the World'. This cute baby boy has already started ruling our hearts, we are sure he will live up to his name! On the other hand, his nickname Jeh, according to reports means blue crested bird. In Parsi, it means, “To come, to bring”. How beautiful is that! Right?

Kareena Kapoor's Decision To Not Reveal Their Second Baby's Name

On her chat show 'What Women Want', Kareena Kapoor Khan told Neha Dhupia that after the whole controversy of her first son, Taimur, both she and Saif have decided that they would keep the name of their baby for a last-minute surprise.

For those who don't know, Saif Ali Khan and Kareena Kapoor's first son Taimur Ali Khan was surrounded by many controversies because many believed that he was named after a Turkish ruler.

In an interview with a tabloid, Saif Ali Khan had shared that the idea behind naming his son Taimur was not to offend anyone. Both he and Kareena loved the name and its meaning. He also shared how he felt all the drama around the name of his son was unnecessary.

Saif Ali Khan further shared that the name of the Turkish ruler was Timur and not Taimur. He shared that Taimur is an ancient Persian name that means iron.

Kareena Kapoor Khan recently had an Instagram live session with her B-Town buddy and filmmaker, Karan Johar. In this session, she revealed how her pregnancy with Jeh was much more difficult than the one with Taimur, her first child. In the same live session, she also spoke about the various mood swings she had, and how she was exhausted by her sixth month. Along with this, she mentioned how her sex drive had dipped while she was pregnant.

We think it is absolutely wonderful for someone of such repute to be talking about these struggles that common women face as well. This will make the other pregnant women feel comforted that what they are going through is not exclusive to them!

Coming back to Kareena Kapoor and Saif Ali Khan's second child Jehangir, throughout the live session she kept referring to the Khan baby as 'Jeh Ali Khan'. What are your thoughts on it? Share with us on our Facebook page. For more such stories, stay tuned!