Are Karan Kundrra and Tejasswi Prakash falling in love inside the Bigg Boss house?

Bigg Boss is not just a house full of lot of entertainment and drama but romance too. Every year, Bigg Boss house gives us atleast one couple whom we see falling in love inside the Bigg Boss house.

In the past seasons, we have seen Bigg Boss playing cupid many times and this time is no different.

Just a few weeks into Bigg Boss 15 and love is in the air already. While we were just witnessing Ieshaan Sehgaal and Miesha Iyer's love story, there is another couple getting close inside the Bigg Boss house.

Their fans have already started to ship them together and lovingly calling them #TejRan. The two are standing by each other on the show and we are truly enjoying how their friendship is growing each day. Somewhere it did recall us of SidNaaz, the two didn't get close in a day, their friendship grew each day inside the Bigg Boss house and they eventually became India's most favourite jodi.

We already have our favourite #TejRan moments. Let's quickly take you through some of them -

When Tejasswi Said She Will Keep A Check On Karan Kundrra

In one of the episodes where Karan Kundrra shares with Tejasswi about his anger issues, she was seen telling him that she will help him with anger management. Tejasswi Prakash said that she will take care of it if he gets out of control. She was then seen advising him that he cannot let everything affect him. Then she promises him that she will keep a watch over him.

When Karan Kundrra Confessed That He Is Fond Of Tejasswi

Karan and Teju sorting their differences out and getting on talking terms again.#KaranKundrra || #Tejran#BiggBoss15 || #BB15pic.twitter.com/7Sa1vdQWcV

When Tejasswi Prakash managed to enter the Bigg Boss house from the jungle section, she was seen sorting some differences with housemate Karan Kundrra.

In the video, Tejasswi Prakash was seen sharing that she was annoyed to not be able to speak with Karan Kundrra all these days. Tejasswi Prakash said she was feeling distant. She further shared that she thought that they would walk together and it would be nice with Karan because their vibes matched but nothing happened as such.

Karan Kundrra responding to this said,  "I am extremely fond of you. Mujhe expression issue hai. I wasn't happy when you went inside the house. I was even making faces if you remember. It took a lot for me to actually say, 'Teju, I miss you a lot.'"

Don't Miss: Bigg Boss 15 Wild Card Entries We Might Get To See Soon

When Karan Said He Will Be There For Tejasswi

While they were sorting their differences, Tejasswi Prakash also asked Karan Kundrra why he didn't come to her when she was upset. He shared that during a task if someone tries to hurt her, she would be the first one to protect her. He further shared, “You be you...I am telling you that I need to be given rights. So now that you know, I will be there for you.” To this, Tejasswi Prakash responsed, "Of course you can."

When Tejasswi Fought With Jay Bhanushali For Karan Kundrra 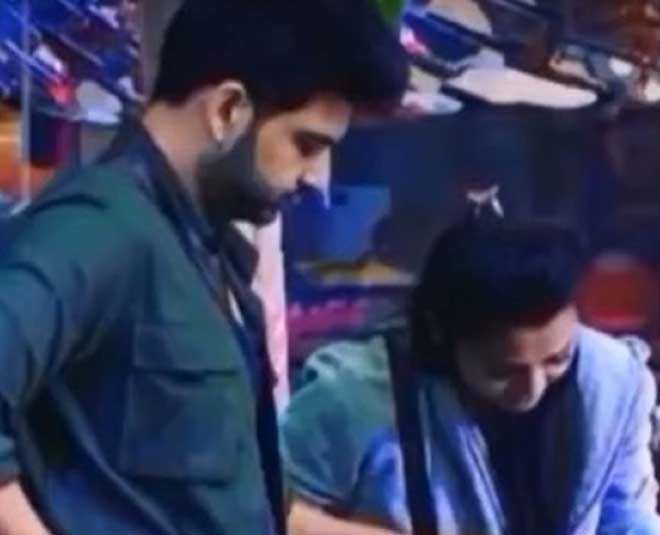 During one of the tasks, Tejasswi Prakash was seen getting furious and arguing with Pratik Sehajpal and Jay Bhanushali while protecting Karan Kundrra.

Don't Miss: All You need To Know About Bigg Boss 15 Contestant Karan Kundrra

Tejasswi Prakash cuddling Karan Kundrra in the morning to the two sharing a cup of chai. There are so many romantic moments of #TejRan that got caught on camera.

Their fans are especially sharing their tea sharing moment and have even turned it into romantic reels on social media.