Bigg Boss 15: Ticket To Finale Causes A Huge Ruckus In The House

With the ticket to the finale in hand, there is a whole lot of ruckus that winds between Tejasswi Prakash and Abhijeet Bichukale.

After a virtual call to their home in the past week, inmates of the Bigg Boss house have been in an emotional wreck. We spot everybody in a tight spot when the tasks leading to the ticket to the finale have been assigned to all.

Nominations To The Ticket

Bigg Boss announced a call to the start of a task wherein the inmates would internally strategize and decide who attains himself or herself a chance to win for the ticket to the finale week.

Tejasswi Prakash and Karan Kundrra are later seen having a conversation in the private area allotted in the outdoor jungle about the strategy that was played by Rashami Desai. Talking about her, the two end up fighting amongst each other and as usual, they end up calling each other something nasty. Well, this surely seems like a toxic relationship to us!

The couple is yet again seen near the smoking room had a nasty exchange of comments and it’s raw!

Read More- Bigg Boss 15: Tejasswi Prakash Is The Target For The Weekend 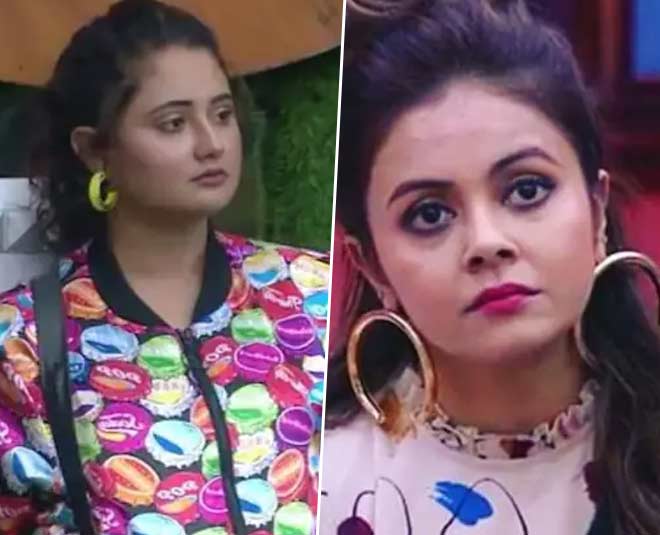 Nothing goes ugly but yeah, seems like the friendship could be back on track after those emotional virtual calls to home.

As the nominated inmates for the ticket to the finale were Nishant Bhat, Tejasswi Prakash, and Abhijeet Bichukale, the rest of the inmates were also given a major part to play.

Collecting the maximum smiley balls in their baskets as the main criteria, the start of the task seemed to be a fair play for all. With that in mind, Rashami Desai saw her shot and ripped open Abhijeet Bichukale’s basket, letting out all the balls from his court.

Abhijeet Bichukale being the sportsman that he is, continued his task and was willing to keep the fight on till the very end. As soon as he saw a free space to target Tejasswi Prakash’s basket, he did. He ripped open her basket and let out all the balls.

Meanwhile, Pratik Sehajpal asked his BFF, Nishant Bhat, to collect as many to keep his count high, being real keeping the game in mind. Tejasswi Prakash was seen sobbing over this, while she wasn’t the least bit upset when the same thing happened to Abhijeet Bichukale.

Who according to you should win the ticket to the finale? Connect with us over Instagram and comment for us to know your views. Stay tuned to HerZindagi for more stories and updates!