Seems like Rakhi Sawant has been the real entertainment factor of Bigg Boss season 15. Here’s everything about her! 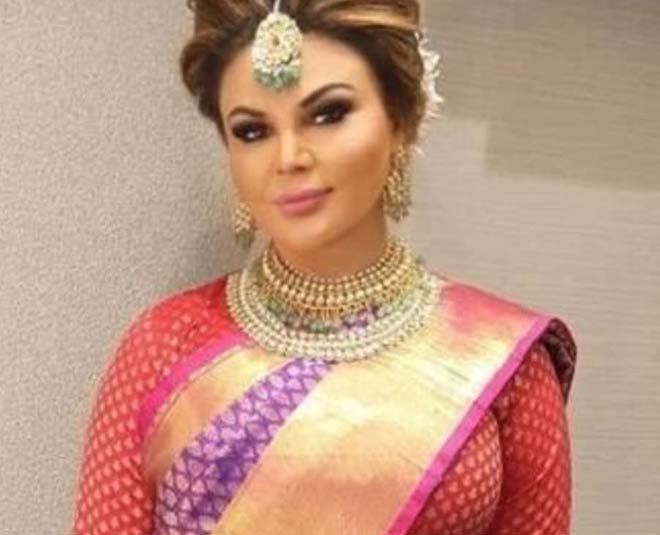 Rakhi Sawant, a sensational, renowned name in the industry of Bollywood took up to the most-watched reality show of India, Bigg Boss in season 1 itself. She has always been known for her bold, and full of sarcasm statements worldwide. Rakhi Sawant has established herself as a sex symbol in Bollywood.

Rakhi Sawant has been making multiple entrances in the Bigg Boss house ever since her first appearance in season 1. We have often spotted her as a guest or a wild card entry to accelerate the Bigg Boss entertainment level. There is no doubt in our hearts when we say Rakhi Sawant is yet again the real entertainer of Bigg Boss season 15.

Entering as a wild card and a VIP to the house of Bigg Boss, Rakhi Sawant has maintained her status of VIP and secured her place in the finale week after winning the task to get the ticket to the finale. With Rakhi Sawant making her entrance in season 15, she also brought us her husband finally. We got to have a clear vision of whom she got married to in 2019 when pictures of her went viral over the internet with only her face being visible.

Ritesh Singh, who claims to be a businessman in Belgium, was a part of the show for 3 weeks after which he was eliminated.

We got to see a different, new side to Rakhi Sawant, which was no less entertaining.

Rakhi And Her Pranks Rakhi Sawant is often seen having issues with the other housemates who have stolen food from her very own VIP room in the Bigg Boss house. She is seen generally running behind Abhijeet Bichukale as he is the one who is constantly stealing from naive Rakhi Sawant.

The two have a cute cat and mouse play between tasks and it’s super fun to watch Rakhi Sawant be herself in all spirits! Rakhi Sawant has also been seen having multiple ‘muddaas’ in the house during bedtime while she is also busy disturbing everybody from getting any sleep.

She was spotted standing super close to Karan Kundrra and Tejasswi Prakash’s bed while the two were having an intimate conversation, after which the couple was terrified of not knowing for how long Rakhi Sawant had been there. The three laughed it off, and so did we!

Rakhi And Her Life Advice

Rakhi Sawant was seen having a conversation with Karan Kundrra during the season regarding his love interest in a co-contestant, Tejasswi Prakash. Rakhi Sawant is heard asking Karan Kundrra to marry her as they leave the Bigg Boss house which seems extremely funny as it’s just the start of a beautiful relationship between the two. We see Rakhi Sawant and Devoleena Bhattacharjee having a bond stronger than glue. The two are seen constantly supporting one another as they go forward in the game.

Do you love Rakhi as much as we do? Connect with us over Instagram and let us know. Stay tuned to HerZindagi for more stories!