BB 14: Eijaz Khan's Girlfriends, Rape Accusation, Mental Illness! All You Need To Know About Him

From cheating on his girlfriend to being accused of rape and a disturbing childhood. Here is everything you need to know about Bigg Boss 14 contestant...

Well known not just for his looks but for his body of work as well, Eijaz Khan has come a long way not just professionally, but emotionally as well. This Bigg Boss 14 contestant's life has been a turmoil ever since childhood. Professionally, he gave us amazing performances in numerous shows like "Kkavyanjali", "Kyaa Hoga Nimmo Kaa, "Yeh Moh Moh Ke Dhaagey", "Laut Aao Trisha" and we all know him as Jassi from the film "Tanu Weds Mannu". However, on the personal front, his life has been a roller coaster full of controversies which includes cheating and even a rape accusation by a girlfriend. Here is a low down on what Eijaz is all about and what he plans on doing in the Bigg Boss house to win.

Eijaz Khan has been battling some tormenting memories from not just his adulthood by childhood as well. His parents separated when he was just three and lived with his brother and father in Mumbai while his mother and sister lived in Hyderabad. He was not even told about his mother's death for quite some time and did not even know that he had a sister until then.

Speaking on the same, he said in an interview with a media house that “We recognised each other and that was the start of a strong relationship. The good  thing that happened in my life was that I got my sister married and now we share a close bond with each other." His sister was 13 when he got to know of her existence.

Just recently he revealed on the Bigg Boss show that he was molested as a child and that is why he doesn’t like anybody touching him.

Sharing a video featuring Eijaz, Pavitra Punia, his ex co-contestant at the BB showwrote, “Socha nahi tha yeh likh paaungi apne hathon se... aur itni himmat juta paungi .. par likhna chahti hoon (I never thought I will be able to write this and have this much courage... but I want to write). It shattered me completely after knowing yesterday that what you been through. It broke me inside and I remembered every time you used to say “mujhe touch mat karo “(when we used to fight) but you had faith in me and I somehow was able to give the warmth that you crave for and have been craving for since childhood and all this while after been through that trauma."

"I am super proud that I know your heart and soul and what a beautiful human being you are. My respect and fondness has increased 10 folds #strongerthanever. It takes a lot to confess the deepest darkest secrets and you proved it that “YOU HAVE WHAT IT TAKES! Ma winner.”khuda ka bachha”#eijazkhan #khansaab #jilleilahi #pavitrapunia #sherni #PP #don #pavijaz," she added in the post 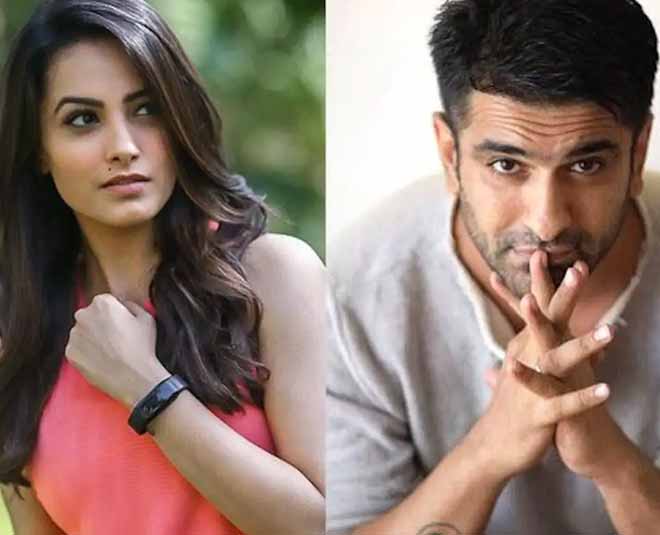 The actor who is very popular in the TV world made headlines thrice when it came to his relationships. One of them involved the popular and beautiful actress Anita Hassanandani, who is now happily married to Rohit Reddy and is also on the family way. The two made a handsome couple as they were both super talented and well they certainly oozed the glamour quotient.

However, it all went downhill when he cheated on her. Eijaz himself confessed this on a talk show "JuzzBaat" hosted by Rajeev Khandelwal. He broke down and shared that "The one and only time jab maine kisi pe cheat kiya. Galti hui jo mere puri zindagi ka nichod nikal diya. (The one and only time when I cheated on someone. It was a mistake which churned up my whole life)”. 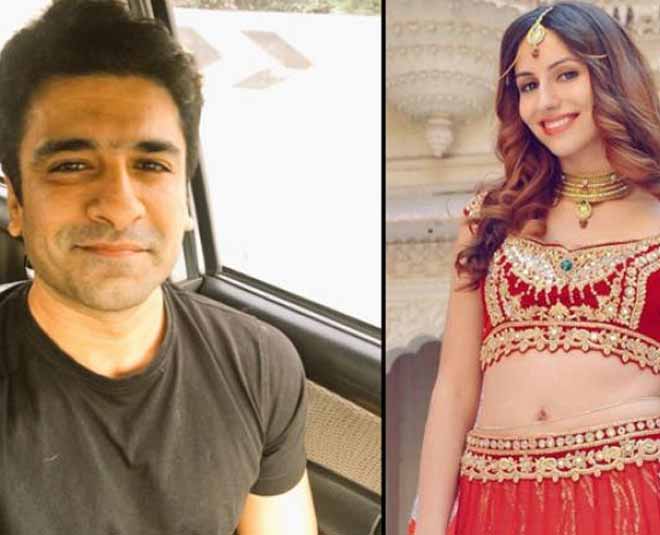 Next came into the picture Italian-Canadian singer, Natalie Di Luccio. On parting ways with her, Eijaz who was at that time working on "Laut Aao Trisha", shared in an interview that “We were two amazing people at different phases in our lives. The root cause of our relationship falling apart was my psyche. It started going downhill during 'Laut Aao Trisha'.

"I played a dark character, who turns bitter after losing his wife and daughter. Somewhere, the lines blurred between real and reel and our relationship suffered. I had to undergo therapy for depression, and it made me realise that I was superimposing my childhood memories to play the part. I also realised that all my issues are deeply rooted in my childhood. I had unresolved issues with my parents after they parted ways. My aunts took turns to look after me. I never had a strong bond with my parents. I was always looking for someone to hold on to, some sort of an anchor”.

Don't Miss: Bigg Boss 14: Eijaz Khan, Nikki Tamboli Could Be The Next SidNaaz? Or Sid-Rashami?

He had further added, “I never loved anybody like I loved her — like a child, my equal, a friend, travel partner. I don't think it was right for me to expect Natalie to give her precious time to our relationship. I would have also advised her to focus on her career if I were her family. I am the only person who knows the real Natalie. After she left, I was very disturbed to the point of not wanting to live anymore. I would lock myself up in my room for days on end. As actors, we are emotionally fragile. On top of that, we men are expected to be macho and strong, no matter how broken we are inside”.

The last relationship we know of is when he was with an aspiring actress Nidhi Kashyap. People hardly knew her until she filed a physical abuse case against Eijaz. He told the Times of India in an interview that “Yes, we had an ugly tiff which got out of hand. But things have been sorted out now and everything is normal between us”.

However, giving some more explanation on the same, Eijaz shared that he was in a live-in relationship with her but when things were not working out for him and he tried to make her understand that why they should part ways, she went to file a police complaint and accused him of rape, and also took her pets away from him.

He said: “I started telling her that it was not meant to be. But she got carried away and tried to file a police complaint against me because of which I could not attend Tanu Weds Manu promotions. I had to leave  Mumbai for a couple of days because of that." 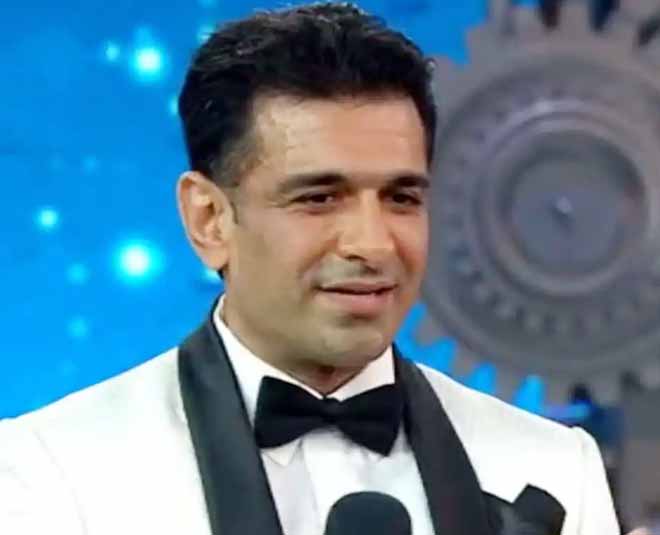 Now that the "Gabbar" is in the BB 14 house which also has the former BB 13 winner Sidharth Shukla, we are expecting fireworks and that has already begun. Sidharth is well known for his stubbornness but Eijaz's anger issues are no secret. He does not do well with humans and that he has already confessed on Bigg Boss infront of Salman.

Asked what his strategy would be and how he plans on dealing with the temper, Eijaz told Times Of India: "Maybe I don't have and that's why I've been cast. If I would have had it they wouldn't have roped me in. But I see it as a plus point. It's not that I am taking it very lightly. I am aware of the fact that I can't tolerate people, when I am shooting for my shows, my staff sees to it that nobody comes and talks to me because I like to be in a character. But this is not acting, this is real life.

Don't Miss: These Sun Signs Are Well Known For Losing Temper, Can Have Destructive Reactions!

"How I am going to deal with people in this show, is going to define how I execute my life. I am more than excited and not scared. There is a temperament issue, people have some shortcomings or the other but I know where my heart lies. So, even if I have an immediate reaction, I know eventually I will figure out what needs to be done. And if I am wrong I will apologise and if I am right I'll stick to my decision."

The latest update is that Eijaz has said that he has a crush on Gauahar and he even blushed when she entered the room. He said to Abhinav- "Gauahar bahut hot hai, dressing sense bhi achchi hai aur mature bhi hai". We wonder if he will tell her and when?

The Bigg Boss 14 journey has just begun and with so many interesting contestants in the house where each has his or her own baggage, the viewers are in for a lot of fireworks. Thanks to Sidharth Shukla who plays a super senior with Gauahar, the entertainment quotient seems boundless for BB lovers.

Although the show has just begun, you must have made your own predictions on who will last longer and go on to win the show. Could Eijaz be the winner if he plays his cards well? Or will his temper get the better off him and eliminate him sooner or later? Let us know in the comments section on our Facebook page and stay tuned to HerZindagi for the latest updates and info on all the contestants.