Siddharth Shukla VS Mahira Sharma: Who Was Being Targeted? Twitteratis Can't Decide Who Was Wrong

Siddharth Shukla and Mahira Sharma have been at loggerheads lately. It was the first captaincy task in the house yesterday and things didn't go very w... 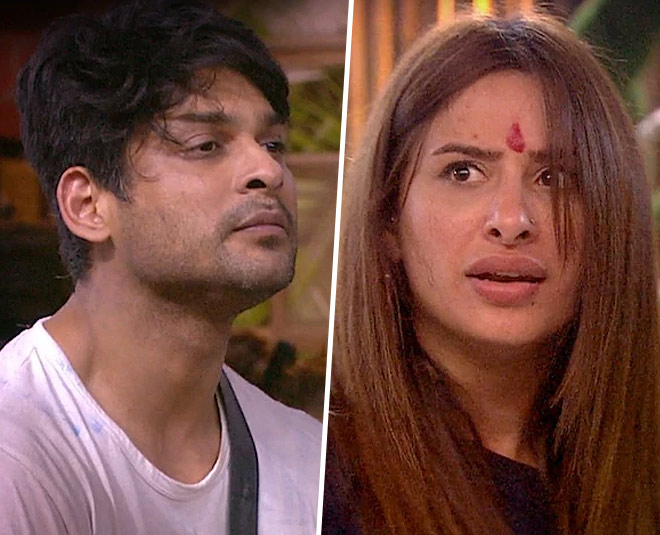 For all those who are following Bigg Boss season 13 closely must have noticed that now it is the big fight between Siddharth Shukla and Mahira Sharma. Yesterday, we saw the first captaincy task - Bigg Boss Transportation Services.

Who knew that this first task to choose the new captain of the house will show us the other side of all the contestants.

Just like all other tasks in the house, the contestants got aggressive for this one too. During this task, Siddharth Shukla snatched a sack from Mahira Sharma's hands and she fell down. There on there was a ruckus in the house. Mahira Sharma and Siddharth Shukla's fight went on to Mahira calling him a 40-year-old Buddha and also that her parents are younger than him.

Let's quickly show you what exactly happened during the task. Here is a slow-motion video:

Now a major debate is happening among Bigg Boss viewers who can't really decide who was wrong here.

While we saw Siddharth Shukla performing the task with aggression, we also saw Mahira exaggerating her falling down during the task. Soon #WeSupportSidharthShukla and #MahiraKaun started trending on Twitter.

We can't really section the comments because while on one hand, Twitteratis were slamming Mahira for her comments, others said, he needs mental treatment. Let us take you through this word war happening over social media.

One Twitterati wrote that Siddharth targeted Mahira for no reason.

"I damn sure tht #shukla is psyco how can someone be so aggressive thn him & targeting #MahiraSharma for no reason i think @BeingSalmanKhan should stand up for this bcz he is attackng a women in nationaltv seriously..?"

I damn sure tht #shukla is psyco how can someone be so aggressive thn him & targeting #MahiraSharma for no reason i think @BeingSalmanKhan should stand up for this bcz he is attackng a women in nationaltv seriously..?

Another one was in support of Siddharth Shukla.

Disgraceful to see #MahiraKaun hurl abuses and filth from her mouth today
She seemed like a mad woman who had no control over her language or body
And
She says #SidharthShukla is aggressive and badtameez?😂

One user wrote that it is Siddharth Shukla who is always targeted inside the house. It read, "Mahira should be out. Target mahira nhi Hoti Kabhi ... Shukla ko Kiya Jata h target always 😡😡."

Another one wrote, "I was CLAPPING throughout when #MahiraSharma was going on blasting Shukla, Asim etc etc!! It was like she was speaking from our audience perspective n blasting the BIAS that has been going on in this season!!"

Earlier, they had an argument over the kitchen duties. When Mahira Sharma asked him to cut vegetables, he said he won't and will only do things that are part of his duty inside the house. This fight continued for a day when even the captain of the house Aarti Singh tried to resolve the issue. But that never happened. Twitteratis were not really happy seeing this side of Siddharth. Most of them felt like it was not necessary. Netizens took to Twitter and posted what they felt about Siddharth's reaction to Mahira.

#BiggBoss13 Honestly I did not like #SiddhartShukla in todays episode. I could see he was unnecessarily poking #MahiraSharma. It was not logical 🙄

A lot of Bigg Boss fans on Twitter are tagging Salman Khan are requesting him to take action against all those contestants who are abusing on the show.

What's your take on Siddharth and Mahira's fight? Is Mahira playing the girl card or is it time Siddharth should control his aggression? Share with us!