Siddharth Dey got evicted yesterday during a surprise eviction. After exiting the show, in an interview, he showed burn marks on his neck. 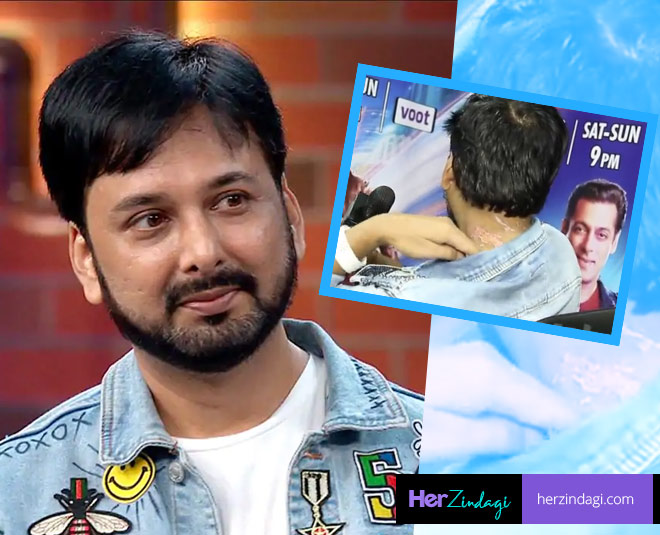 This season, Bigg Boss makers have decided to keep their viewers on the edge of their seats. Viewers are really enjoying the new twists and turns. This time, there was a mid-week eviction and Siddharth Dey was evicted from the Bigg Boss house.

The bottom three contestants had Aarti Singh, Mahira Sharma and Siddharth Dey. As soon as Siddharth got evicted, we wanted to know his side of all that happened inside the Bigg Boss house.

Siddharth grabbed a lot of eyeballs because of the kind of language he used inside the house. A lot of his actions put him in a bad light while he was on the show.

For all those who don't know, Siddharth Dey is a writer and has worked for a lot of award shows, reality shows and concerts. Initially, Siddharth was having a good time in the house. As time passed, he started having differences with other contestants.

In a recent interview, he talked about his eviction, his journey inside the Bigg Boss house and a lot more.

Talking about his eviction, he said, “My four week journey in the house was the best experience I have ever had. This house has its own magic and it helps you understand the best and worst part of yourself and the world. I have seen both in this house, the best was when I made new connections and met people from different background., I also saw my strength when I didn't give up on the hand holding task and chilly eating task. These tasks and the situations in the house also instigate one to do and say things which are beyond their morals. But overall it was a great experience being a part of Bigg Boss.”

What did I just saw on #SiddharthDey wounds

He said, “I am okay. I am getting healed. They actually put at least a kilo of bleach on my neck and eyes. They also put at least half a kilo of red chilli powder. I still have burn marks on my skin and I’m not even able to sleep properly. They are celebrities and if they are showing such violent side, they are sending out the wrong message to the youth. During the first task only, they fed me mud and chillies. But when it was my turn, I couldn’t do that because I’m not that kind of person.” “Do things that are entertaining. How will people find throwing chilli powder at each other entertaining? Even when we watch movies, we don’t usually like watching torture scenes, right?" Siddharth added.

Bigg Boss fans are shocked to see Siddharth's injury marks. Netizens couldn't keep calm seeing his burn marks and they started questioning the makers and host Salman Khan if this is acceptable. 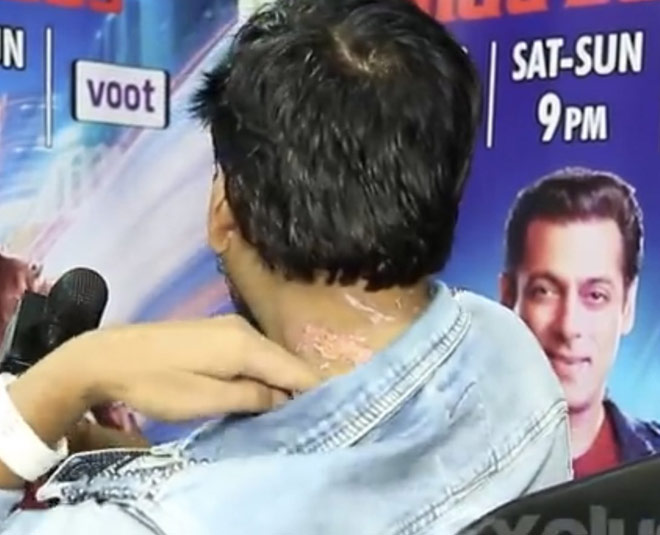 One tweet read, “What is wrong with @BiggBoss @BeingSalmanKhan? Just look at #SidharthDey’s neck! His skin is ripped off! Remember how Salman had made a scene over a PUSH? #ShehnaazGill & #ArtiSingh should have been EVICTED FOR PHYSICAL VIOLENCE.”

Shocking.. The way sidharth dey is treated @BeingSalmanKhan @ColorsTV
Shame on you for atleast not raising even the topic in WKW.. Yes.. Dey is wrong in using cheap words but what abt shehnaaz and arti.. #BiggBoss13 #bb13

Another one read, "Shocking.. The way sidharth dey is treated @BeingSalmanKhan @ColorsTV Shame on you for atleast not raising even the topic in WKW.. Yes.. Dey is wrong in using cheap words but what abt shehnaaz and arti.. #BiggBoss13 #bb13."

Another user tweeted, "I am not #SiddharthDey supporter at all but what #ArtiSingh & #ShehnaazGill did in task is not acceptable at all and #SalmanKhan gave them clean chit and make it look as #AsimRiyaz suffered a lot but in reality it is Dey who suffered.#BiggBoss13 #BB13 #BiggBoss @RealKrutika."

Aarti Singh and Mahira Sharma were the other two contestants who got the least number of votes. With Siddharth getting evicted, Aarti and Mahira have another chance to save themselves.