Do you know tales and interesting facts about these glorious forts of India? Check out the article!

India has a rich heritage as many dynasties ruled various parts in the past. Kings and their families built several palaces and forts around the country that still stand as architectural marvels. Forts in India are a crucial part of tourism in the country.

Why Visit Forts In India?

If you are studying architecture or have any interest in history, there are no better sites than forts and palaces scattered across the country. Their doors, walls and rooms have several mesmerising stories to tell. The magnificent marvels have been a part of our history that has always left us in astound. 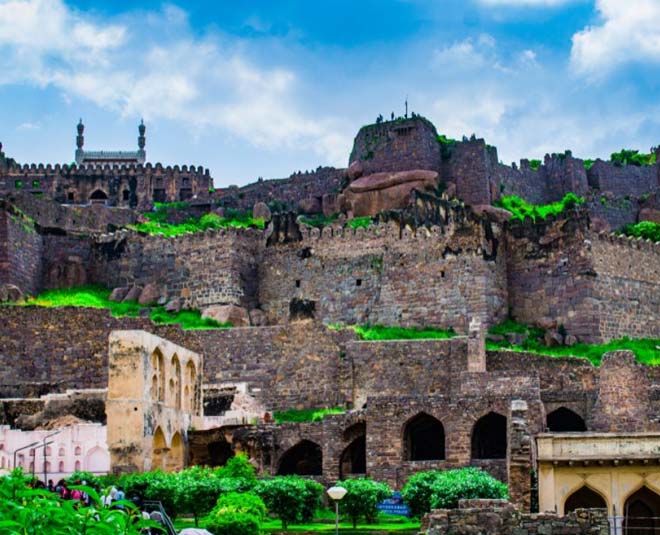 It is a fortified citadel that the Qutb Shahi dynasty built. It served as a capital for the dynasty until 1590. According to many tales, Golconda Fort had vaults that stored the renowned Hope diamonds and Koh-I-Noor. The fort comprised temples, mosques, stables, royal apartments, halls, etc.

According to an interesting tale, it is believed that the fort has a secret tunnel that begins from the ‘Durbar Hall’, and it ends at one of the palaces located at the foot of the hill. It became a UNESCO World Heritage Site in 2014.

Red Fort is among the historic landmarks in New Delhi and was a residence for many Mughal Emperors. It was designed by Ustad Ahmad Lahori, who was also the architect of the glorious Taj Mahal, Agra. The defensive walls of the fort are largely undamaged and have withstood battles in the past.

It lies along the banks of the Yamuna River. Its construction started in May 1638 and was completed in 1648. The fort was famous for artwork and jewels, looted by Nadir Shah in 1747. It is also a UNESCO World Heritage Site, and every year, on Independence Day and Republic Day, the prime minister of India hosts the tri-colour flag at its main gate. 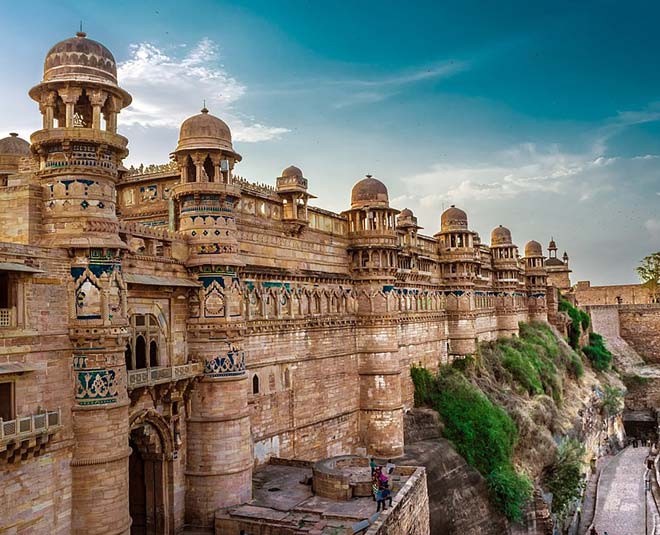 According to a local legend, a third-century king Suraj Sen built the Gwalior Fort. It has inscriptions that go back to 1500 years in the past. Many historical records confirm that it existed in the 10th century. The fort witnessed many changes in control from 1808 to 1944 between the Britishers and the Scindias.

The present-day architecture boasts a defensive structure featuring two main palaces - Gujari Mahal and Man Mandir. King Man Singh Tomar built the Gujari Mahal for his Queen Mrignayani, and one of the stone inscriptions have the oldest record for the symbol of zero. The fort is renowned for its breathtaking architecture.

Situated on the edge of the Bidar plateau, the present-day fort was built by Ahmad Shah Wali Bahman. The old structure had a double-line fortification and was captured by Prince Ulugh Khan from the Tughlaq dynasty.

The present-day fort has a red laterite stone construction and disfigured rhombus-shaped structure. It includes several buildings like mosques, arches, gardens, pavilions and gateways. There are seven gates to the fort, and it is well-connected by road. It is a UNESCO World Heritage Site since 2014. 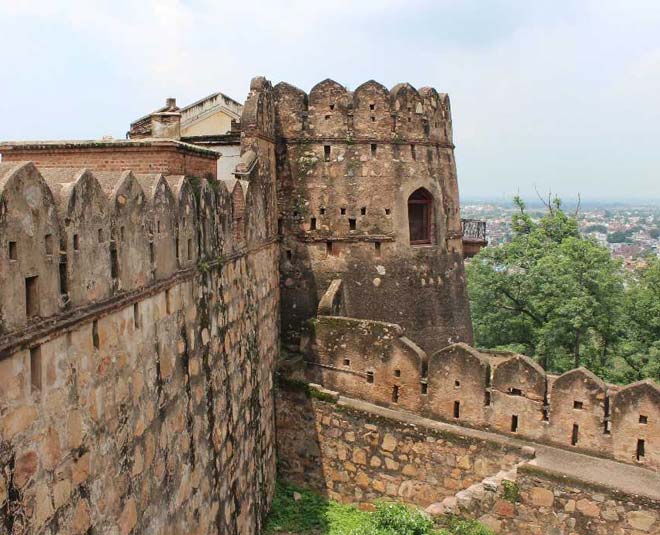 Located on the Bangira hilltop, Jhansi Fort serves as a bastion between the 11th and 17th centuries under Chandela Kings. It features the North Indian style of architecture in which the granite walls have a thickness between 16 feet to 20 feet. There are at least 10 gates, and the south face of the building has a perpendicular structure.

Spreading over 15 acres, the fort witnessed the valour of Rani Lakshmi Bai. She took the charge of the Jhansi Fort to fight against the British East India Company. However, she lost the battle and died fighting the Britishers. In 1861, the British Government gave administrative control of the fort to Jiyaji Rao Scindia.

According to the local tales, the fort has existed since ancient times but had a solid construction in 1766. It holds a strategic location due to which its administrative control oscillated between the Britishers and Mysore Sultans.

It saw renovation after 1790, and it served as a base for operations that came to a halt after the storming of Srirangapatnam. It is one of the best-preserved forts in Kerala. 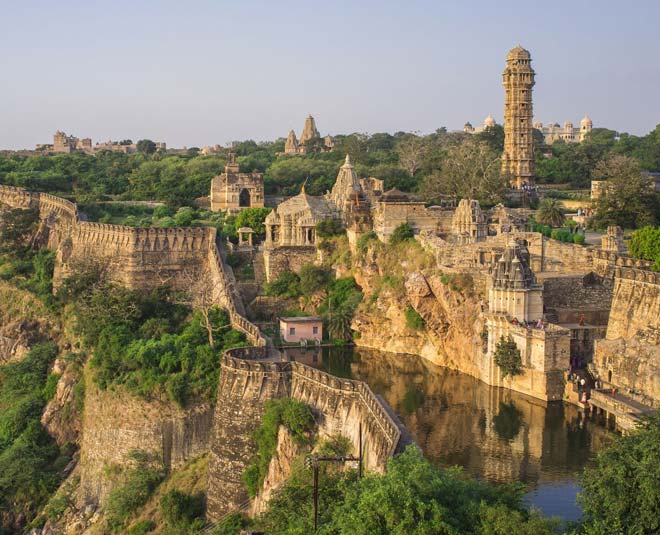 Ranking among the largest forts of India, Chittorgarh Fort is a UNESCO World Heritage Site. It was the capital of Mewar, and it stretches over an area of 692 acres. It is situated on the bank of the Berach River, which is a tributary of the Banas River. The legends of Queen Padmini, her Jauhar and Alauddin Khilji’s invasion are associated with it.

This historic fort was originally called Chitrakut and was built by Mori Rajput. According to local stories, its name is derived from the name of its builder. The boundaries of the fort depict the outlines of a fish. The premise consists of 19 main temples, 4 palaces, 20 functional water bodies and 4 memorials. There are 65 historic structures inside it.

The history of forts and tales revolving around them are not only interesting, but they are also significant. Stay tuned with Her Zindagi for more intriguing tales and stories.