Gandhinagar Station To Have Airport Like Facilities: All You Need To Know About The Inauguration

The Gandhinagar Railway Station in Gujarat has been revamped with airport like facilities for travellers. Do you know, the Indian railway network is one of the largest railway networks in the world? Not just that, India is home to some of the most beautiful and unusual railway stations.

With the inauguration of the revamped Gandhinagar Capital railway station this week, another name would be added to that list.

For those who don't know, the redevelopment of Gujarat's Gandhinagar was planned in the year 2016 as a part of the Indian railways' plan to transform railway stations into prime transport and business hubs. As per the plan, these hubs are to be called 'Railopolis'. The key aim to redevelop the stations is to get better business opportunities and investments.

According to a report by NDTV, the railway officials shared that the redeveloped station will have an airport-like experience.

Redevelopment At Par With Airports

Railway Board Chairman Suneet Sharma in a report by NDTV said, "The station has been developed at par with airports for enhanced public satisfaction. We have tried to incorporate all the best facilities that our passengers require for a pleasant experience at a railway station."

"In the project to redevelop stations, we are striving towards creating new sources of revenue for the railways as well new experiences for our passengers. It is truly a 'Naye Bharat ka naya station (new station of New India)'," he added. 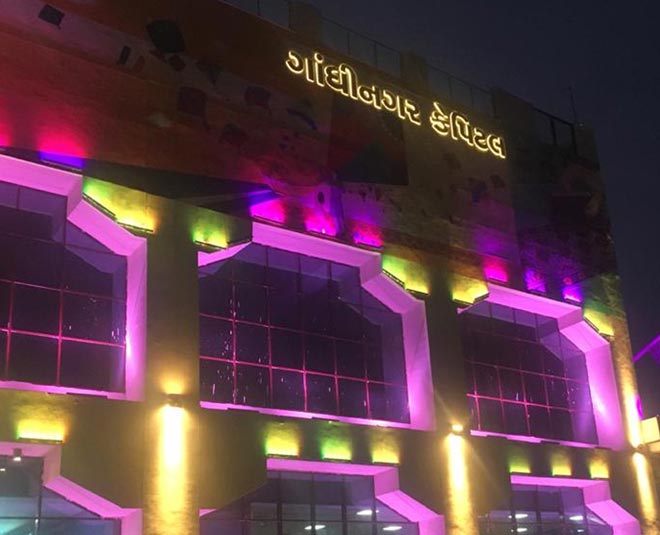 The officials shared that the station will have an interfaith prayer hall which will the first in India's railway network.

What is unique about the lighting at the station is that it will be theme-based. The revamped station has a modern-looking facade that will have a theme-based lighting each day.

As per the report, the station will also have a centralised AC waiting lounge for all the passengers.

The officials plan to open food and entertainment outlets as well as retail stores in the future. According to the report, the station is likely to work like a city centre rail mall. 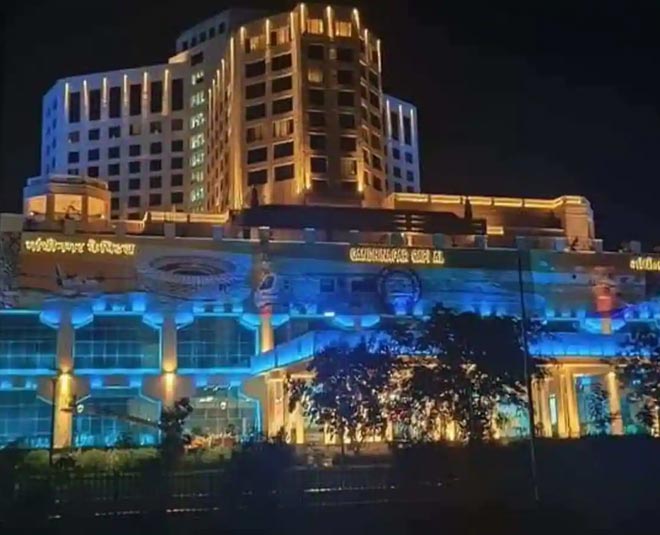 That's not all, the redeveloped Gandhinagar station has a 5-star hotel atop the railway tracks. This will be the first in India! The luxury hotel has 318 rooms and will operate as a private entity. The hotel is spread across an area of 7400 square metres and has been built at a cost of Rs. 790 Crores as per a report by Livemint.com.

As per a report by Financialexpress.com, the 5-star hotel will be run by the Leela Group and has been designed in a way that no vibration or sound of the trains will disturb the guests at the hotel.

Don't Miss: #GujaratTourism: Most Scenic Mountain Ranges In Gujarat That Are A Must Visit

The hotel will be inaugurated by PM Modi virtually on 16th July 2021.

As per the report, the 5-star hotel will host national and international guests who would arrive in the city to attend seminars and conferences at the Mahatma Mandir which is a convention centre opposite the railway station.

Not just the Gandhinagar Capital station, the railway board is planning to redevelop 125 stations in the future and work is already in progress. The total investment for the redevelopment of these stations will cost more than INR 50,000 Crores.

Narendra Modi Gujarat
Read Now
Next
X
X
+
For You +