Gayatri Devi Death Anniversary: Know Why She Was Arrested By Indira Gandhi During Emergency

One of the most infamous incidents during the emergency era was the arrest of Maharani Gayatri Devi. Read on to know what really triggered this.

Gayatri Devi was one of the most modern, independent and beautiful Maharanis of India. Her life with several ups and downs can be easily made into a movie. On her death anniversary, let’s remember one such incident where she survived in the worst conditions with her strength and became an inspiration for several people.

Gayatri Devi who was 56 years old at the time of emergency was arrested and locked up in a filthy prison by Indira Gandhi. The prison was infested with rats. She was so miserable that she lost 10 kilos and had to plead to Mrs. Gandhi for her release because of her deteriorating health.

When Emergency was declared, Gayatri Devi was in Mumbai undergoing medical treatment, thus, staying protected from any kind of harm to her. At the end of the month of July, she travelled to Delhi to attend Parliament (as she was an active member of the BJP). Upon reaching, she found out that opposition benches were practically empty because most of them were arrested. 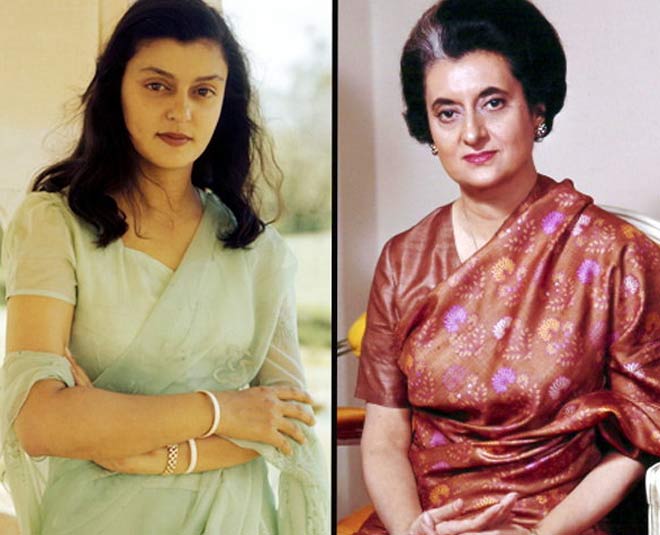 When she reached her home in Delhi on July 30, police came to arrest her under the Conservation of Foreign Exchange and Prevention of Smuggling Activities [COFEPOSA] Act. She was arrested on the basis of evidence that was found at Moti Doongri in the form of loose change in pound notes and various coins.

The declaration of Emergency strengthened the powers of the Government so that the suspects can be detained easily. This led to the arrest of both Gayatri Devi and her stepson Bhawani Singh and they were both taken to Tihar Jail.

It was later revealed that the decision to arrest them was made on July 24. The Intelligence Bureau believed that they were in Patna and were preparing to leave for Nepal in order to stay safe. However, this information was not passed on to the Home Ministry and they were being looked in Jaipur for arrest.

Conditions In The Prison

Bhawani Singh was allocated a cell with washing facilities. On the other hand, Gayatri Devi’s cell was in the worst condition with only a single tap with no running water. Just outside her cell, there was a putrid open drain where the prisoners defecated.

Gayatri Devi told a leading daily that “There were no fans and mosquitoes seemed to devour us”. Apart from this, the room only had one bed and she had to share the room with Srilata Swaminathan, a communist party activist who campaigned for the rights of Adivasis and Dalits.

Swaminathan was kind enough to give up her bed for Gayatri Devi and she slept on a mat on the floor. However, after a few days, Srilata was moved to another cell and Gayatri Devi had the room to herself. Due to Gayatri Devi’s special status, she was offered some privileges including a censored version of the daily newspaper and a cup of tea (benefits of ajwain tea). Along with this, she was allowed to walk on the ground every evening with her son.

Her cell was also cleaned by a fellow prisoner, Laila Begum. Also, Laila’s two sons brought her flowers every day.

Gayatri Devi shared with a leading daily that ‘It was like a fish market with petty thieves and prostitutes screaming at each other.’ She also said that medical facilities were really not taken care of as several pregnant (how pregnant women can strengthen their immunity during covid-19) women were taken to the hospital at the last moment.

Don't Miss: Sanjay Dutt Birthday Special: All You Need To Know About His Three Marriages!

She also said that there were several lunatics in the prison including a woman who was naked and had several flies on her body as well as a woman who threw bricks on everybody. Gayatri Devi herself dodged the bricks about two times.

Gayatri Devi was a tough woman and faced many difficult situations with a brave heart. For more such stories, stay tuned to HerZindagi!