Karsanbhai Patel lost his daughter Nirma in a car accident.

Back in the era, only this jingle used to stay on the tongue of everyone, from youngsters to the elderly. Nirma detergent sales also increased dramatically following the release of this jingle advertisement. The jingle from this commercial is still on people's lips today, and they haven't forgotten about Nirma Washing Powder's ad.

But, other than the jingle, have you ever paid attention to Nirma's packet? Nirma's packet contains a photo of a happy girl; who is she, and have you noticed that just that girl's photo has been used to date? Actually the girl is the founder's daughter who died in a car accident. Let's learn about the girl whose narrative is depicted on the Nirma washing powder packet. 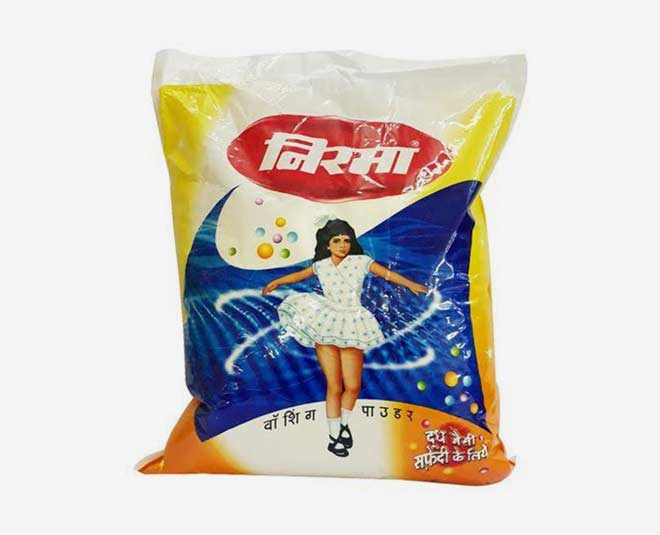 Karsanbhai Patel, a Gujarat resident, founded Nirma Washing Powder in 1969. Karsanbhai's daughter's name was Nirupama, but he affectionately referred to her as Nirma. He, like every father, adored his daughter and wished for her to grow up and make a name for herself. Unfortunately, Karsanbhai Patel's daughter Nirma was killed in a car accident.

But, to honour her memory, Karsanbhai Patel has treated his Nirma Washing Powder brand as if it were his own daughter. What began as a door-to-door service today has a 20% market share in soap cakes and a 35% market share in detergents.

The Heartbreaking Story Of Nirma

Nirma detergent is a story about a father's desire to keep his daughter's memory immortal. Karsan Bhai Patel lived in Gujarat with his family in 1969. He  used to do a small government job during that time and had a daughter named ‘Nirupama’ who was nicknamed as ‘Nirma‘ by the family members.

Karsan Bhai worked throughout the day and made detergent in the evening. But on an unfortunate day, Nirupama was killed in an accident while walking home from school. Karsan Bhai and his entire family were filled with grief. This was the beginning of the Washing Powder Nirma.

Don't miss: How To Clean Woolen Clothes At Home

Karsanbhai Patel named his detergent Nirma and featured a beautiful photo of Nirma on the packaging. Other decent detergents on the market at the time cost between Rs 13 and 15. But Karsan Bhai began selling his Nirma detergent for Rs 3 on the street. This became a viable alternative for low-income individuals. Karsanbhai Patel used to pedal after work to sell detergents. His Nirma's identity gradually became known throughout Ahmedabad. But Karsan Bhai had other plans. He had a plan to not immortalise Nirma just in Ahmedabad, but throughout India. He devised a brilliant strategy to do this. He created a jingle for his detergent and advertised it on television.

The Journey Was Not Easy

This group's task was to sell washing powder by visiting all of the stores. Gradually, Nirma Washing Powder became well-known in the market, and individuals began borrowing things from Karsan Bhai, and when it was time to repay the loan, they began fabricating excuses, resulting in significant losses. But he didn't give up, and what he did after that is something that people can't forget even now.

Karsan Bhai after such a loss requested his crew to return all of his washing powder packets from the market. After this the whole team felt that maybe Karsan Bhai has given up and he will stop his work. But this was not the case; Karsanbhai’s mind was preoccupied with something else. Now it occurred to him to market Nirma on television. After that, Nirma's advertising aired on television, capturing the public's attention over night. This advertisement's jingle, Washing Powder Nirma, stuck in everyone's head, from children to the elderly. Since then, Nirma washing powder has become well-known throughout the country, not just in Gujarat.

The story that started on a bicycle soon made its way  into the market. Nirma washing powder soon became one of the best choices among people throughout India.

I hope you liked this story. If you did, share it with other people. Also comment down your thoughts about the story on our Facebook or Instagram page. For more such stories, stay tuned to HerZindagi!