Dimple Cheema was in a relationship with Captain Vikram Batra for four long years. She continues to live as Vikram Batra's widow today.

It is Captain Vikram Batra's death anniversary today. Param Vir awardee's sacrifice for his country continues to inspire us today. The Kargil War legend's heroic story was converted into a film called Shershaah, released in 2021. It starred Sidharth Malhotra and Kiara Advani as Vikram Batra and Dimple Cheema.

Where Is Dimple Cheema? Is She Married?

Dimple Cheema is a school teacher and continues to live as Vikram Batra's widow after all these years. After Caption Vikram Batra was martyred in the Kargil War, 1999, Dimple Cheema vowed to not marry anyone else. According to a report by Shethepeople, Vikram Batra's parents and brother often asked her to get married but she refused.

No, Dimple Cheema is a private person and refused to meet the writer of the movie. However, she agreed for a phone call. During an hour long conversation, Dimple Cheema shared that she doesn't look her choice of not getting married as a sacrifice.

According to a report by Indiatimes, she told the writer of the movie, Sandeep Srivastava, "She told me, 'People keep telling me that this is a huge sacrifice that I have made. But, honestly, I don't look at it as a sacrifice. This is a choice. Vikram was everything to me. That chapter could have been with Vikram, it was with him, and that's it. I am fine with it. There is no sacrifice'."

Yes, Captain Vikram Batra's father in an interview with Indianexpress shared that Dimple Sheema calls them twice in a year on their respective birthdays. He further shared that both he and his wife and Dimple's parents insisted her to move on in life after Vikram's death but she wanted to live on with his memories. 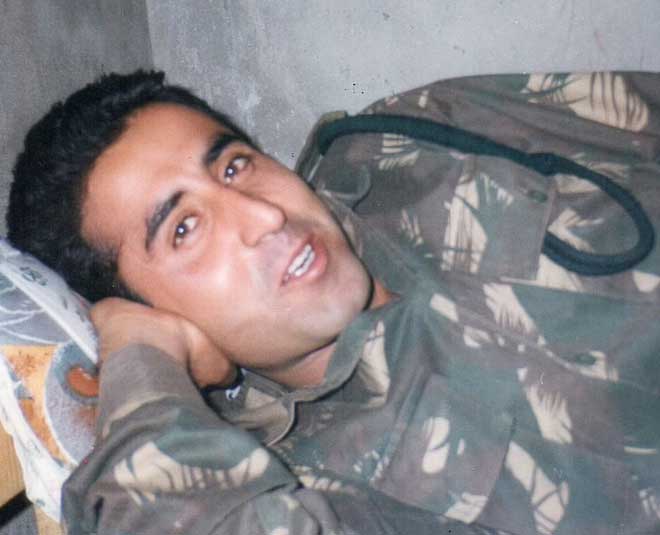 Captain Vikram Batra's father, Girdhar Lal Batra further talking about Dimple Cheema and her relationship with their son said, “As long as my child is not going on the wrong track, I have always been a liberal father. Vikram had told us about Dimple and their intention of getting married. I told him that I was with them in their decision. I knew from the start that Dimple is a very respectful girl who understands relationships. After the Kargil war, we told her to get married as she has a life ahead. Her parents too told her the same. But she told us that she wouldn’t get married and live the rest of her life with Vikram’s memories.”

Captain Vikram Batra's twin brother, Vishal Batra in an interview with Indianexpress recounted the day he had lunch with Dimple a few days ahead of the ill-fated day. Dimple Cheema went to see him off as he was leaving for Delhi. Vishal Batra shared that Dimple told her that once Vikram is back, he should dance at their wedding and to this Vishal replied that he definitely will.

Captain Vikram Batra and Dimple Cheema first met at Chandigarh's Panjab University where they studied MA English. They were in a relationship for 4 long years but they spent only 40 days together.

The two wanted to get married eventually after the Kargil war was over but Captain Vikram Batra got martyred while fighting for the nation. However, as portrayed in the movie by Sidharth Malhotra and Kiara Advani, Vikram Batra held Dimple's dupatta while doing a parikarma at the Mansa Devi Temple and for them it was their marriage. Also, he applied sindoor to Dimple Cheema's forehead with his blood when she felt insecure about his absence.