Gudi Padwa 2022: History And Significance Behind The Celebration Of The Festival

Gudi Padwa is a crucial festival of Hindus in the Maharashtra and Goa regions. Let’s learn about its significance in the article!

Celebrated in the spring season, Gudi Padwa is an important festival of Konkani and Marathi Hindus. It marks the traditional new year for them according to the lunisolar method. With vibrant decorations around the houses, Gudi Padwa witnesses dancing, street processions and delicious festival delicacies.

In Maharashtra, Gudi refers to a flag that one can notice in most of the houses celebrating the festival. Padwa or pāḍavā is derived from Sanskrit to mark the day when the moon appears after the ‘new moon’, and the first day after the new moon. The legends of Hindu mythology states that Lord Brahma created this universe on Gudi Padwa. He also introduced the world to the concept of years, months, weeks and days on the day of the festival.

In Andhra Pradesh, the festival is renowned by the name of Ugadi. Considering the story of the creation of the universe, devotees also worship Lord Brahma on Gudi Padwa.

Gudi Padwa signifies the reaping of Rabi crops. Many people also celebrate it as the day of the coronation of Lord Rama in Ayodhya after he returned from fighting and winning the battle with the evil Ravana.

According to another tale, the festival of Gudi Padwa also commemorates the start of the Shalivahan calendar after the mighty emperor emerged victorious against the invasion of Huns in the 1st century.

In rural Maharashtra, Anne Feldhaus, President of the Association for Asian Studies, observed that Gudi Padwa was a festival linked to the coming together of the community and Lord Shiva’s dance. The devotees carry Gudhi Kavads to a nearby or famous temple of Lord Shiva.

Stories Behind Raising A Gudi As A Part Of Festivities 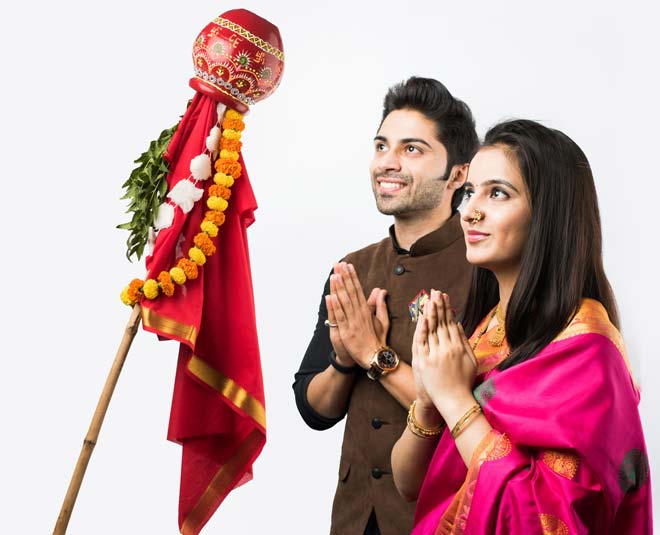 People celebrating the festival raise Gudi or Gudhi, and the ritual is associated with the significance of the festival. On what devotees believe, Gudi is the symbol of the flag of Brahma (according to Brahma Purana), and for some people, it also symbolises the flag of Indra.

Those who link the festival with the victory of Lord Rama (Powerful Mantras To Please Lord Rama), the Gudhi is held high to signify the win of good over evil. Many people hoist it as a flag for the victory of King Shalivahana and his return to Paithan. Many people also believe that a raised Gudi can ward off evil and invites good luck and prosperity in the house that celebrates the festival.

Don't Miss: Ekadashi: Reasons Why You Shouldn't Have Rice On This Day

How Is Gudhi Decorated? 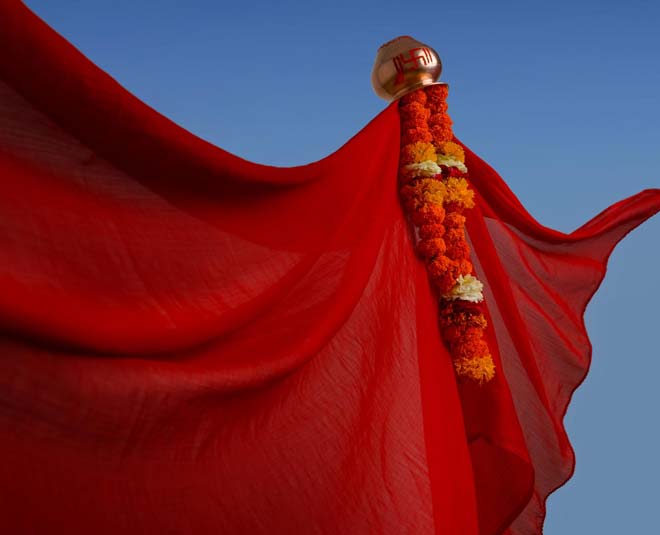 In most of the households celebrating Gudi Padwa, one can witness an arrangement of Gudi. A bamboo stick decorated with a colourful silk-like piece of cloth. A garland of flowers, mango leaves and neem leaves is attached to it, and a bronze, copper or silver pot or kalash is capped on the top to signify good luck, victory and prosperity.

This arrangement is in every house celebrating the festival, and people from a far distance can see it. Many communities also host a Gudhi in a common area and carry it together to a nearby temple of Lord Shiva.

This year, we will be celebrating Gudi Padwa on April 2. We hope that everyone celebrating the festival has a wonderful time. Stay tuned with HerZindagi for more such stories.