Amid covid 19, here is how you can celebrate Gudi Padwa using these Vastu Tips by Dr Raviraj Ahirrao, Co-Founder, Vastu Raviraj. We are going through a time, a period of uncertainty and upheaval. While it is very important to maintain social distancing as much as possible, it is equally essential go back to the roots of our Indian traditions and take valuable inputs in terms of a sustainable and a positive lifestyle.

Dr Raviraj Ahirrao, Co-Founder, Vastu Raviraj told HerZindagi that our festivals and the rituals associated around these festivals have much significance and when we delve deep to understand these, we would find nuggets of ancient wisdom that are time immemorial. One such festival that is impending and forthcoming is the - Gudi Padwa, commemorating the start of a new year for many communities in India.

A traditional Indian New Year, unlike its Western counterpart, also commemorates new beginnings and start of something positive ushering in auspicious tidings. Dr Raviraj Ahirrao, Co-Founder, Vastu Raviraj mentions the importance and significance of the festival and highlights long followed rituals which if carefully followed keeping the current scenario in mind, will not only help in bringing positive energies but will also help in boosting the immune system which is the most important factor to resist the deadly COVID-19.

On this day, houses are adorned with the auspicious Swastika, one of the most powerful symbols in Hinduism, with turmeric and vermillion. Women decorate the entrance doors with “Rangolis” of different patterns and colours. Rangoli symbols protect homes from negative energies. According to Vastushastra, all Indian festivals have a simple yet important purpose behind celebrating them. 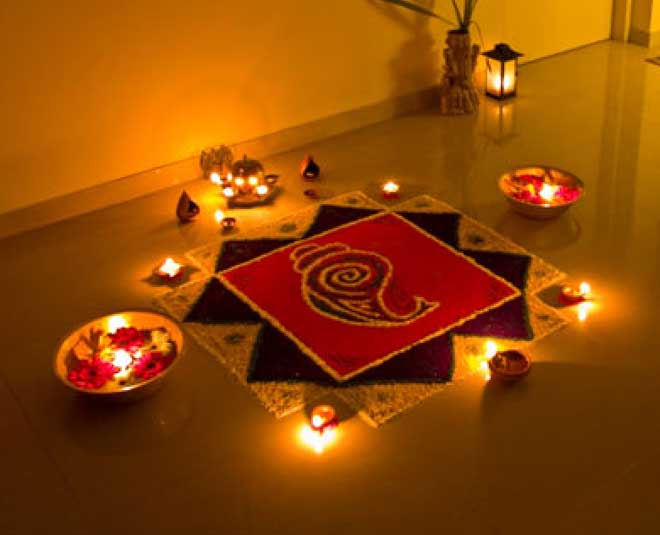 During every festival, the foremost thing to be done is the removal of clutter, dust and waste materials to rejuvenate energies that boosts the wellbeing of the health and mind. Sweets and different dishes are cooked from seasonal food materials to improve metabolism of the body, whereas spiritual offerings and rituals bring sanctity to the soul.

Long followed rituals associated with Gudi Padwa and their significance in the current times: 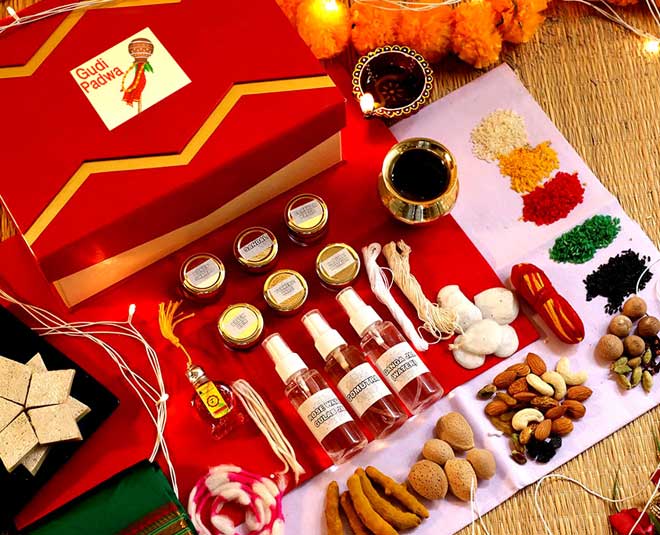 The Gudi Flag should be placed on the right side of the main entrance to keep negativity away and bring luck and prosperity.
Family members should get together to clean the house and prepare for the spring season. Removal of clutter generates positive energies which in turn makes the mind positive and charged. Cleaning the house and premise is also important so that germs and such microbes don’t get accumulated.

A customary oil-bath is a must on this day. Wearing new clothes, especially kurta-pajamas and sarees also form an integral part of the custom. Oil baths are generally medicated oils, which help in boosting the immunity of the body and new clothes will definitely keep germs away.

A significant ritual is to consume Neem leaves, a custom that marks the beginning of the festival.

The leaves can be eaten raw or can be prepared as chutney by grinding it and then mixing jaggery and other seeds with it. According to Ayurveda Neem is the best source of blood purification. It triggers physical stamina to great heights. Neem greatly helps in boosting the immune system. Other dishes that are prepared on this day are Shrikhand—a sweet that’s consumed with Poori, Pooran Poli, Chana, and Soonth Panak (an ingredient helpful in keeping the respiratory tract clear).

Gudi Padwa is a festival that is celebrated with near and dear ones. This year it is best advised not to take out rallies and go to public spaces so people should celebrate the festival in their homes. It is advisable to celebrate Gudi Padwa with equal joy and happiness but a responsible precaution must definitely be maintained. And us the Gudi as a flag in our windows to usher in happiness and auspicious tidings!

Vastushastra, the metaphysical edifice science of Indian origin, is a science of construction that synchronises balance between human life and nature. The five basic elements (namely space, air, fire, water and earth), the eight directions (namely North, North-East, East, South-East, South, South-West, West, North-West), the electro-magnetic and gravitational forces of the Earth, the cosmic energy emanating from the planets as well as the atmosphere &amp; its influence on human life are all taken into consideration in the science of Vastushastra.

Stay tuned to HerZindagi for more expert tips on Vastushastra.