Bigg Boss 15: Take A Look Back At Pratik Sehajpal's Journey Through The Show

Ahead of BB 15 finale on January 30, let's take a look back at Pratik Sehajpal's journey.

Pratik Sehajpal had a large fan base after appearing on reality TV shows such as Ace of Space and Bigg Boss OTT, but after his appearance on Bigg Boss 15, his fan base grew almost thrice. The surge in his admirers can be attributed to his fearless and strong-headed nature through the show. The show was filled with fun, friendship, clashes, disputes, tension, love and bromance which kept us invested in the show. As we get closer to the grand finale of Bigg Boss 15, which will air on January 30, 2022, our excitement for the show is growing. Let's take a look back at Pratik Sehajpal's incredible journey on the show.

One thing all the fans love about Pratik is his fearless attitude and his way of expressing his opinions openly. Throughout the show, he has expressed his opinions in the house  to his co-contestants with full conviction. However, he made it a point to never get involved in irrational ugly fights. He believes in saying things on the face when he has problems rather than gossiping about them on their backs. Pratik Sehajpal was not a grudge-bearer. Even if he got into a dispute with a participant, he would try to make amends later rather than dragging it out, regardless of who was at fault. We've seen him get emotional on the show multiple times, which leads us to assume he's a kind hearted person.

Don't miss: Have A Look At Shamita Shetty’s Tremendous Journey On The Show 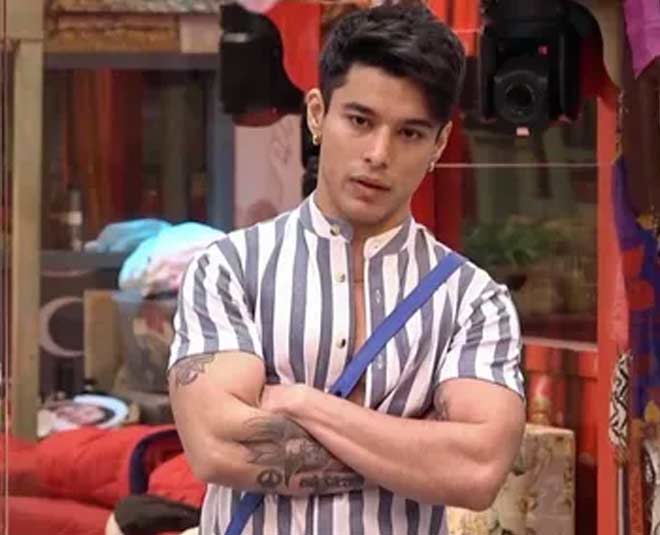 Pratik Sehajpal's emotional personality draws us, however we have also witnessed his other side. In  the initial weeks, Pratik Sehajpal came across as an aggressive and crude person. He would debate with anyone at any time and would even get into physical fights. During a task, his spat with Zeeshan Khan became so heated that the latter was forced to leave the show after pushing Pratik. Even when he lost some task, we saw the actor resorting  to breaking things to express his anger.

It is often seen in episodes of Bigg Boss 15 that Pratik and Nishant have been seen talking about their dreams to each other and often they sit alone when they share their feelings.

Another time, when they both gave each other letters and confessed their feelings and said good things about each other, made us shout #friendshipgoals. Not just that, they also apologized for their bad behaviour and hugged to strengthen their bond. These are a few of the many moments that proved their selfless and strong friendship. Even though they had fights at times, they always made up and supported each other throughout the season.

Pratik has been clear from the start that he wanted to be on the show, and his enthusiasm for the game is evidence of that. From going all out during assignments to openly speaking out about himself in front of the world, the young man has made it clear that he wants to win the show.

We have seen Pratik in various ways throughout the show. Some viewers are giving him all the love while some are supporting other contestants. Whom do you think will win the show? Let us know your thoughts by commenting on our Facebook or Instagram page.