Did Pratik Sehajpal really age-shame Rakhi Sawant? Here’s everything you need to know!

Age-shaming has been one of the most controversial topics inside the house of Bigg Boss for many years now. From the beginning of the reality show, there have been instances wherein contestants have age-shamed each other for various reasons, while many have felt age-shamed for things that have been called out in a joke.

An instance took place with Rakhi Sawant wherein she was seen in a conversation with co-inmates of the house, Rashami Desai and Pratik Sehajpal. Starting out as a mild joke interface, Pratik Sehajpal called out Rakhi Sawant a ‘pilpila biscuit’ meaning a soggy biscuit.

While it was being conveyed as a joke from Pratik Sehajpal, Rakhi Sawant rather took it as an offense. She believed Pratik Sehajpal to have age-shamed her and taken her physical characters in context.

The entertainment queen, Rakhi Sawant seemed to have made a great deal out of the same while Pratik Sehajpal ended up sobbing as he didn’t mean what he said in the way Rakhi Sawant assumed it to be.

Pratik Sehajpal was seen trying to throw away gym equipment in anger as the matter had escalated to a great extent by Rakhi Sawant, which was later quoted as ‘a joke’ by Rakhi Sawant. 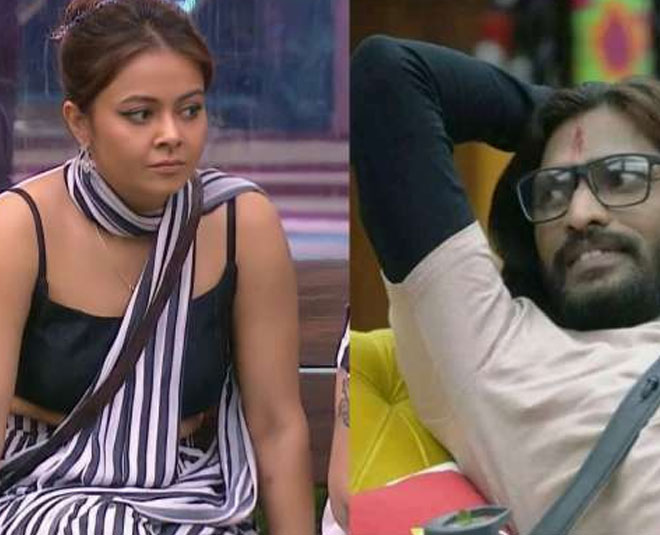 With the finale week to Bigg Boss season 15, a shocking turn of events took place for the inmates. While Rajiv Adatia had to make his exit from his 1 week stay at the house, he was asked to take 2 inmates who received the least amount of votes with him.

Relieving Devoleena Bhattacharjee and Abhijit Bichukale in a midnight eviction, the three took leave from the house, ending their respective journeys with a thoughtful message to their audience and fans. 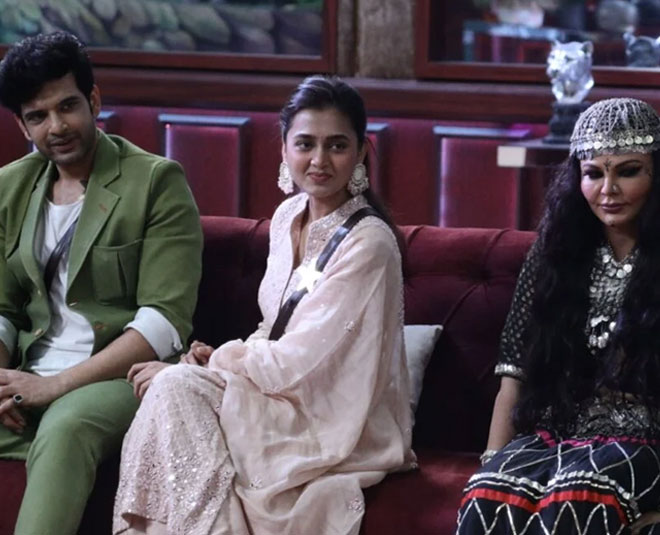 With a conversation taking place between Nishant Bhat and Rashami Desai, Tejasswi Prakash is seen jumping in between with her taunt which escalates an argument between the girls.

In a prior experience, Karan Kundrra had also been seen trying to push off Tejasswi Prakash from a bench in anger which we surely can rule out as aggressive and toxic behavior.

It seems like Tejasswi Prakash and Karan Kundrra are super close to hitting each other in the fire of the fight or even a task if involved! 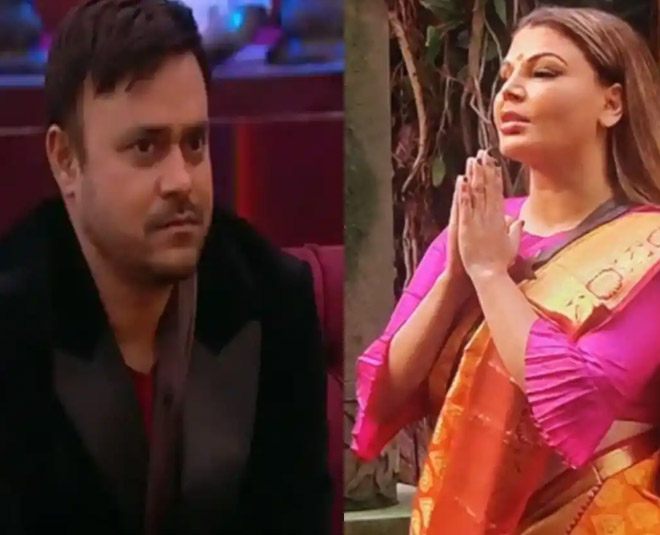 With RJ Karan and RJ Palak visiting the house, they had some steaming questions for the inmates. Starting with Karan Kundrra, the commonly asked question took its course. ‘Are Karan and Tejasswi really in love or is it just for the show?’ Answering the question, Tejasswi Prakash and Karan Kundrra played a small game, and surprisingly, Karan Kundrra had all answers correct leaving the shape of her earrings, which is totally acceptable!

With questions being diverted to the entertainment queen, Rakhi Sawant, we spotted her being insecure about her marital status with ex-contestant, Ritesh Singh, who had been introduced to the world through the platform of Bigg Boss by the queen herself. Legally unmarried, Rakhi Sawant has a whole life and family to think of!

With the last week of Bigg Boss season 15 here, who is your winner? Connect with us over Instagram and let us know your winner. Stay tuned to HerZindagi for more updates and stories!