Actor Mandira Bedi's husband Raj Kaushal's untimely demise shook us all. The filmmaker died of a cardiac arrest at 49 recently. His last rites were performed at Shivaji Park crematorium, Dadar by his wife Mandira Bedi.

After pictures of Mandira Bedi performing the last rites went viral on social media, they were flooded with comments. While some slammed Mandira for challenging the Hindu traditions, others praised her for breaking the shackles of patriarchy.

Traditionally, it is the eldest son who performs all the funeral rites and rituals. After the untimely demise of her husband Raj Kaushal, Mandira Bedi decided to take up that role and sent off her partner the way she wanted to.

However, instead of sharing her grief, netizens trolled her for breaking the patriarchal stereotypes. Many questioned her move and gave Hindu 'dharam' gyaan in the comments, stating that women aren't allowed to do the last rites and go to the crematorium. 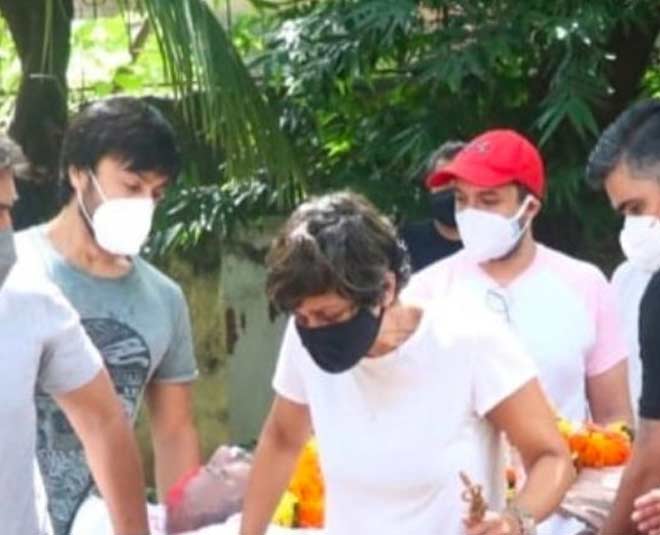 Others also questioned why did she perform the last rites when she had a son. Completely devastated Mandira Bedi, after she lost her husband decided to protect her 10-year-old son Vir from performing the last rites of her father which could have left him shattered.

Mandira Bedi leading the funeral procession just like any other male member of the family and carrying the earthen matka to the crematorium has changed things forever. It is also a wake-up call for us Indians that it is high time we change this patriarchal mindset. 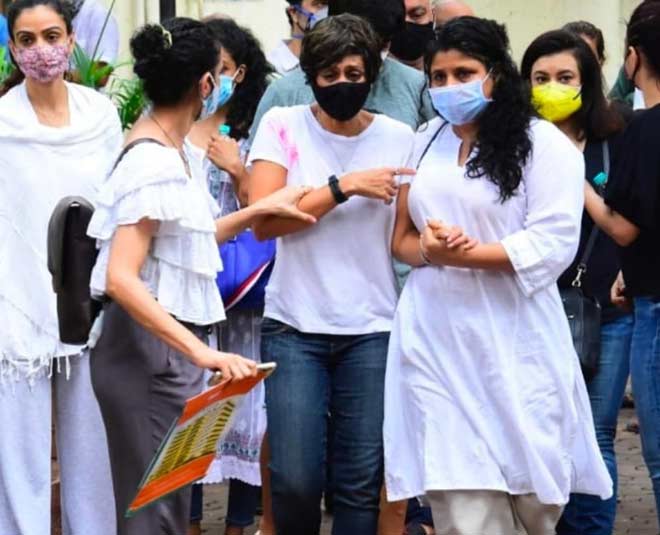 For years, women are forced to give birth to a son because if they don't have one, who will perform the last rites of his father? This is the same country where we are made to believe that if the last rites aren't performed by the eldest male member of the family, there will be no salvation of the soul.

Don't Miss: Patriarchy: Kareena, Swara Talk About The Bane Of Our Society

Well, that's not all. There was a lot more hate that got directed to Mandira Bedi after she performed the last rites of her husband. Some netizens trolled her for being present at the funeral in the wrong set of clothes. 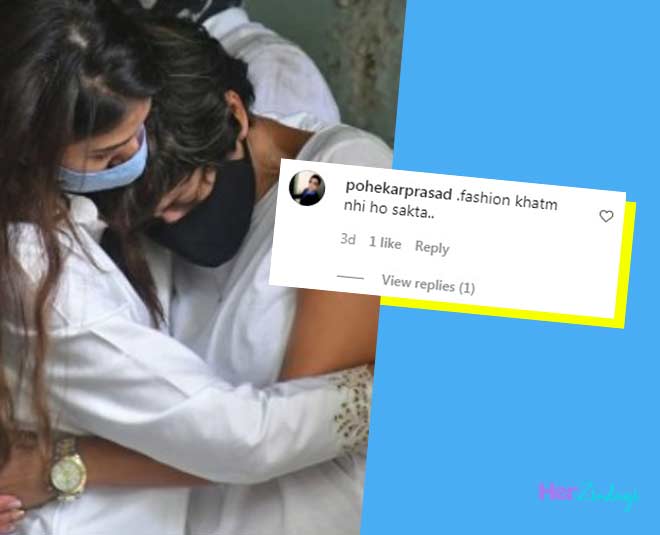 Netizens looked deeply disturbed and at such tragic time, all they had to ask was - How can a woman wear a tee and jeans and ignore Indian culture while performing the last rites? Well, the brutal trolls weren't really surprising because this is not the first time people got uncomfortable when a woman smashed patriarchy.

As pictures of Mandira Bedi from the funeral started to do rounds, a lot of netizens flooded them with comments. Looked like many were uncomfortable with Mandira Bedi's choice of clothing. It was indeed painful to see people attacking Mandira Bedi when she was mourning such a big loss.

That also made us wonder if this was the death of humanity because all people cared about was her clothes.

Don't Miss: Parineeti Chopra Opens Up About The Deep Rooted Sexism In Our Society

Mandira Bedi was bombarded with social media trolls for her attire and the decision to perform the last rites of her husband. A lot of celebrities came in Mandira's support and expressed their anger towards people directing trolls towards the actor. 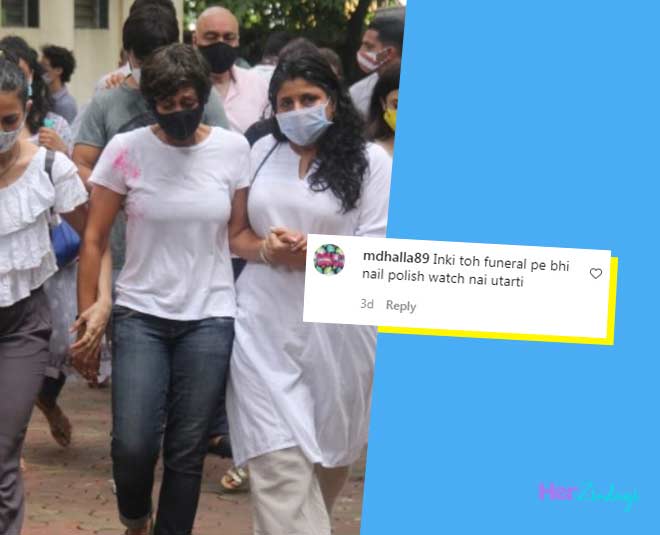 TV presenter Mini Mathur took to her Twitter and wrote, “Makes me sick that people are having a field day trolling a grieving woman for performing last rites on her husband instead of asking a stranger or her tiny kid. Or for not having the time to dress the way THEY imagine grieving women should dress. Fools!! Applaud her strength!.”

Singer Sona Mohapatra wrote, "That some people are still commenting on Mandira Bedi’s dress code or choice to carry out her husband Raj Kushal’s last rites shouldn’t surprise us. Stupidity is more abundant than any other element in our world after all ."

Actor-dancer Mukti Mohan too took to her Instagram handle and slammed people for criticising Mandira Bedi. She wrote, "Women are half of humanity, half of humanity has remained undignified, uneducated, deprived of freedom, we've hampered and handicapped ourselves.

We are a reflection of what is happening around us! And we have destroyed half of ourselves and if we are in misery then who is to be blamed? Ask yourselves next time when you face such situations daughters, sisters, wives, mothers and sons of such mothers, brothers of such sisters, when YOU are questioned when you want to grieve /express/love freely!! Thank you for being you @mandirabedi."

Mandira Bedi's revolutionary move is inspiring but doesn't look like it has managed to change much. Tell us your thoughts on netizens trolling Mandira Bedi during such a gruesome time on our Facebook page. For more such stories, stay tuned!