Kshama Bindu, a 24-year-old Gujarati woman is set to marry herself in India's first sologamy.

A woman from Vadodara, Gujarat, is all set to marry herself as a way of expressing self-acceptance. She not only has plans for marriage, but also for a solo honeymoon which has the internet divided. The first sologamy case in India has some people thinking this is a wonderful way to celebrate oneself while, others think it's a bizarre idea.

The act of people marrying themselves in a public ceremony is known as sologamy. This practice is also called self-marriage or autonomy. However, such marriages have no legal standing or authority. It's usually a symbolic ceremony to show their independence and self-love.

Who Is Kshama Bindu?

Kshama Bindu is a 24-year-old woman from Vadodara who works for a private firm. She decided to tie the knot with herself, and her unique approach to marriage has surprised everyone.

"Ever since my teens, I never wanted to get married. The tradition, somehow, never appealed to me. But I did want to become a bride. So I decided to marry myself. It's called Sologamy," she told TOI. 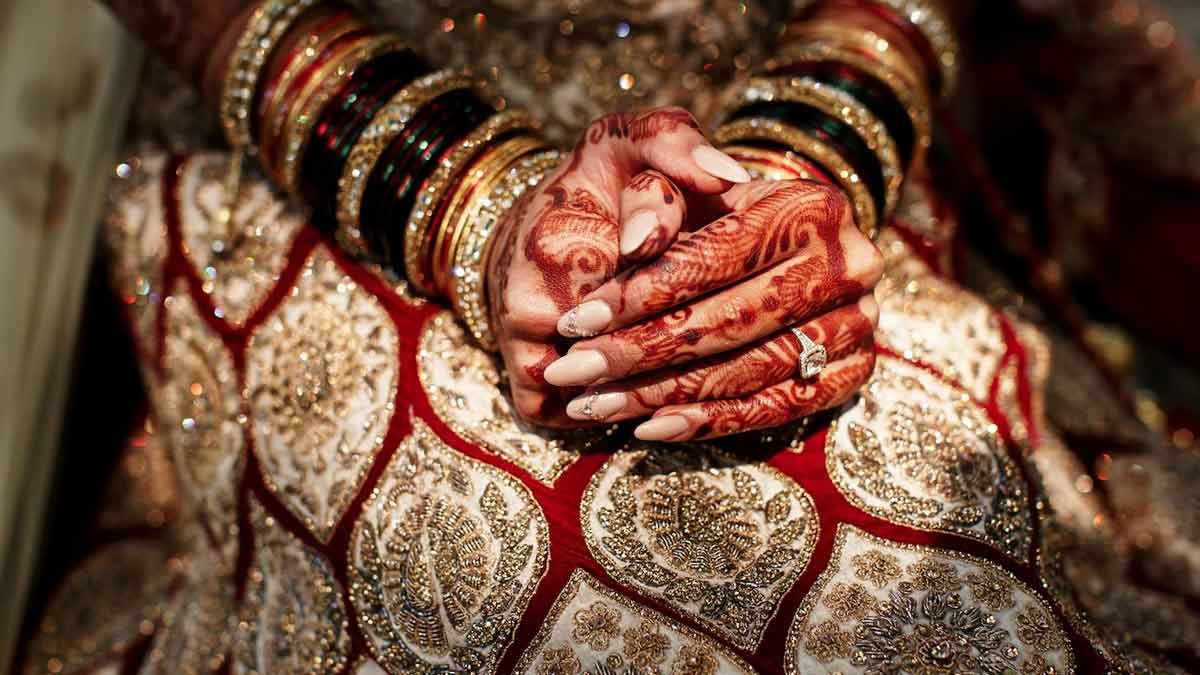 Kshama says that her marriage to herself is the first sologamy in India. She claims to be the first person in our country to set an example of self-love. Kshama's wedding will be held in a conventional manner, with her parents' blessing.

The marriage will have all the traditional functions like mehendi, haldi to saat pheras and sindoor.

Explaining her take on the marriage, she said, "Self-marriage is a commitment to be there for yourself and unconditional love for oneself. It's also a recognition of stepping into adulthood and an act of self-acceptance. People marry someone they love. I love myself and hence this wedding."

She added that some people might see her self-marriage as irrelevant but she wants to portray that "women matter”.

In an interview with The Quint, she said that her decision was motivated by a desire to marry but not to be a wife. “Since childhood, I have dreamed of getting married, but I did not believe in a lot of the traditions attached to it, such as a woman leaving her home to go to her husband’s house.”

When And Where Will The Wedding Take Place?

Bindu says that her parents have given their blessing to her decision to marry herself. The wedding ceremony will be held in a temple in Gotri, Vadodara on 11 June, 2022.

Don't miss: Check These Things Before Saying Yes For Marriage By Expert

Sologamy On The Rise

Sologamy has been on a rise around the world. A growing number of women throughout the world are openly choosing self-marriage as a form of self-love.

In 2017, an Italian woman got married to herself in a fairytale way. She married herself in a ceremony with a beautiful white gown, a three-tier wedding cake, bridesmaids, and 70 guests.

In May 2020, a woman from Australia got married to herself in a small ceremony after feeling the burden of societal expectations to marry before turning 30. She reportedly hoped that by marrying herself, she would inspire other young women to accept themselves regardless of their marital status.

The practice of self marriage as an expression of self love is surely new to Indian society but sounds fascinating to us. What are your thoughts on sologamy? Let us know what you think.

We hope you liked reading this story. Share your thoughts with us by commenting on our Facebook page.