Have the inmates turned junglee? Get all daily updates for Bigg Boss Season 15 on HerZindagi!

With the previous episode in continuation, Shamita Shetty makes amends with Miesha Iyer by asking her to pick a pair of shoes as per her choice as Shamita had dipped her pair in the red water and destroyed the pair in circumstances of an ongoing task. The two inmates share a very buddy moment.

Later in the night, Ieshaan Sehgal discloses how Miesha Iyer was approached by Umar Riaz a few weeks before the show to create a strategy on the set of Bigg Boss to create an acclaimed affair on screen. To which Miesha Iyer refused after meeting Ieshaan Sehgal, Umar Riaz is in annoyance and takes any chance to express the same towards the couple.

The Couple Of The House

Miesha Iyer and Ieshaan Sehgal are spotted fighting in the washroom for some time over Pratik Sehajpal while then end up cuddling the night away together. 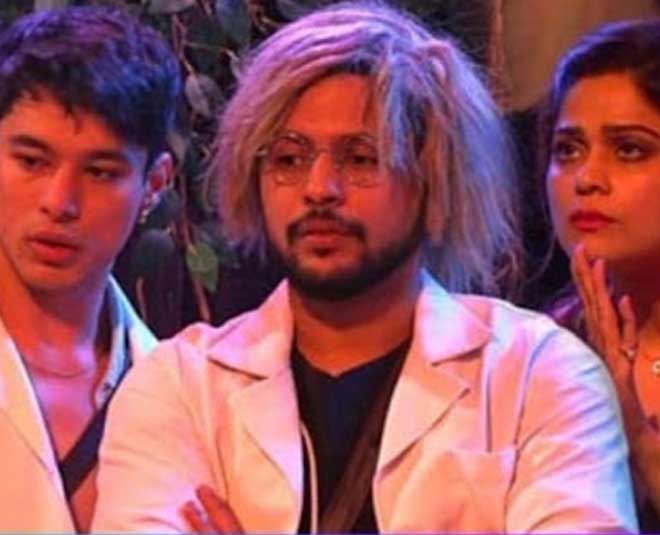 A new day started at the Bigg Boss house with the song ‘Ghungroo’ and all the inmates are seen dancing to the groove of the music. Like every other day, Big G is back with a letter for the inmates. Before the task of the day is allotted to the housemates, Umar Riaz and Karan Kundrra play around like in a playground. They steal and hide the steamer meanwhile taking half the butter supply of the 3 main housemates.

Jay Bhanushali and Karan Kundrra were spotted sitting under the tree, having a discussion about the situation with Pratik Sehajpal. Jay explained how Pratik Sehjpal has strategized his way through the show and how he plans on moving forwards amongst other inmates as to which Karan Kundrra doesn’t seem to agree.

The task of the day is allotted to the inmates in which the house is divided into 3 teams playing on the field; Tigers, Deers, and Plants, whereas Pratik Sehajpal and Nishant Bhat are the Poison Men and Shamita Shetty is the Coordinator or Sanchalak of the task.

With no time to delay, the task becomes a brawl zone for all. The commotion is instigated by Umar Riaz and thus, carried forward by every inmate as it gets nastier. During the task, Bigg Boss is heard many times giving the inmates warning signs for using the props in a proper manner and to behave in a mannerly fashion to which the inmates do not abide. 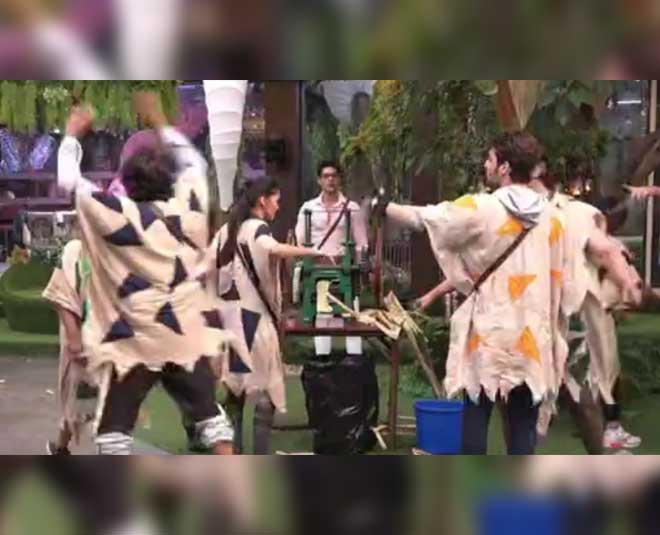 With the first round coming to an end, the Tigers secure the round with the maximum amount of sugarcane juice in the container and opt for Simba to be eliminated from the team Plant, leaving the team Plant with 3 members for the coming rounds.

The task in hand brought forward a lot of hitting, snatching, pulling, and pushing. Many got hit, while many of them were the ones who hit. The episode ended with an instance of the second round and another run for the hit.

What do you think the housemates have next for us? Is Umar Riaz playing a hit and run game? Let us know on our official Instagram page. Stay tuned to HerZindagi for more!