Post demotion and double eviction, the nominations still linger on the heads of the jungle mates. Is there something more? 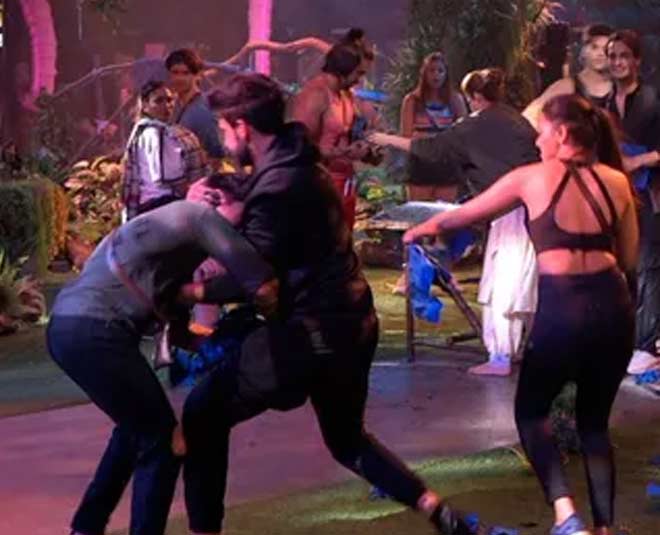 The Room Of Illusions

Nominations task is yet to take place, and the 7 inmates, leaving out Shamita Shetty, are seen discussing a strategy for the smooth running of the task but as the buzzer is hit, Shamita Shetty asks for a fair chance is given the first spot to enter the room of illusions. 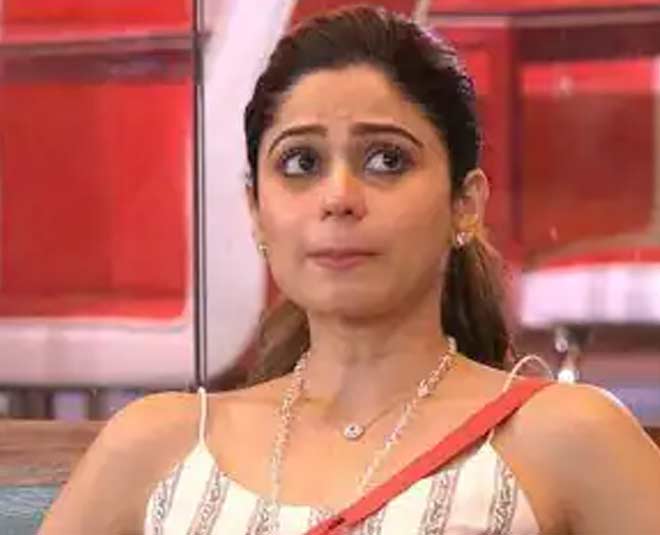 With Shamita Shetty being the first person in the nominations task, she ends up nominating herself to save the rest, giving others a fair chance through the task. Karan Kundrra made a similar decision but when Afsana Khan entered as the 3rd person in the task, she nominated Vishal Kotian instead in exchange to save herself. The 4th buzzer being the last chance, the rest of the inmates are unable to make a decision and are given an ultimatum by Bigg Boss while everybody leaving Afsana Khan, is nominated for the week. Miesha Iyer is spotted having a conversation with Ieshaan Sehgal about his personal life and affairs with some mysterious man in the real world who is also a part of the house. Ieshaan clearly is seen denying the implications. He tells Miesha that a certain friend of hers had threatened him to release articles and phone records of the relationship before they entered the show. Miesha Iyer is seen asking whether Ieshaan Sehgal is gay. She is seen considering her image in the outside world taking the certain controversy of Ieshaan’s.

A Task To Enter The Main House And Supplies

A task is assigned to the inmates with the show prize money and general supplies in hand. The inmates are to choose if they want lesser prize money with daily supplies or live in the outdoor jungle as this could be one of the last few chances to enter the main house. Working in pairs, the task takes place with rule-breaking again. Nishant being the captain and the ‘Sanchalak’ of the task, the first costing turned out to be ₹5 Lakh rupees. Confused as the inmates seemed, Pratik Sehajpal tried to make the inmates understand as they had a chance to let the prize money go too.

The first chance at printing BB points is given to Umar Riaz and Afsana Khan. Making an alliance with them, we spot Karan Kundrra. With limited amounts of raw material supply, Umar and Afsana give up on the printing and the next pair given the chance is Jay Bhnushali and Pratik Sehajpal. Umar Riaz is seen destroying the BB printing when Jay and Pratik are in the play. With the help of their alliance, Akasa Singh, Jay, and Pratik are spotted becoming violent during the task.

Read More- Bigg Boss 15: A Double Eviction And Nominations For The Jungle 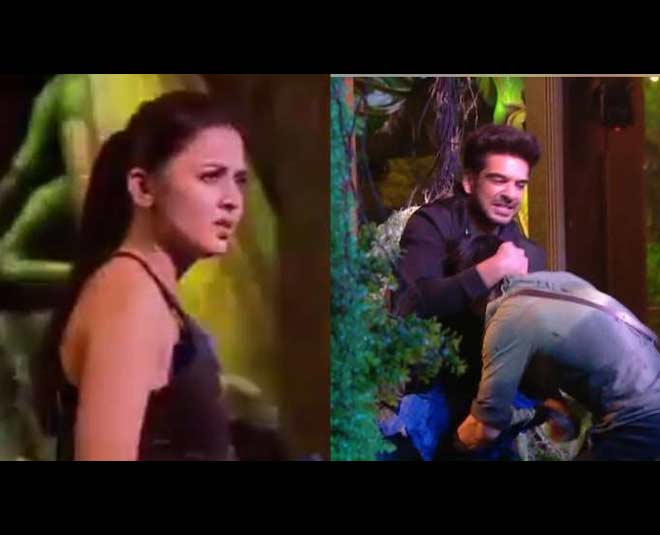 Karan and Tejasswi are the next pair to take over the task meanwhile Jay tells Pratik why he was not ready to give up on a huge amount of ₹5 Lakh rupees for being able to enter the house. While the task is in action, Pratik gets agitated and throws a pot of water over the printing of the BB points and disrupts the task. With some disturbance, Karan Kundrra is seen tackling Pratik Sehajpal in a violent manner and pounding him to the ground by his back to which Tejasswi Prakash is defending as for the task.

Tejasswi and Jay end up in an argument to which Jay is seen trying to make Karan Kundrra understand what he did wrong back there with Pratik Sehajpal. Vishal Kotian and Shamita Shetty getting the last spot in Round 1 of the task, get the least amount of time to print their BB points are the buzzer rang. With that, the last pair’s BB points are seen being rejected by the ‘Sanchalak’.

Do you think Karan Kundrra became a bit impulsive when it came to Pratik Sehajpal? Who is this person Ieshaan Sehgal and Miesha Iyer were seen talking about? Connect with us on Instagram and share your thoughts with us. Stay tuned to HerZindagi for more!