Bigg Boss 15: A Double Eviction And Nominations For The Jungle

3 weeks down the journey, inmates are faced with the consequences of their actions!

The 3rd week in the Bigg Boss house started with a captaincy race amongst the 3 contenders; Nishant Bhat, Jay Bhanushali, and Patik Sehajpal, with Nishant Bhat taking over the captaincy of the house for the coming week with immunity and special powers given by Bigg Boss himself.

As Nishant Bhat took over the captaincy, the house seemed to have taken a lazy approach. Everybody is spotted taking naps in different spots of the house while Bigg Boss plays the ‘cock-a-doodle-doo’ in an attempt to wake them up. Nishant, as the new captain, tried to wake them up but seemed to be unsuccessful at his task.

No Milk For The Day

A new day started, the inmates living in the outside jungle waited for the daily milk supply for their daily morning cup of tea but were struggling as Bigg Boss didn’t send any milk through. After a while, Tejasswi Prakash offered a cup of milk from their house to the inmates outside for their entire day.

While the entire conversation takes place, Vidhi Pandya understands why the milk hasn’t been supplied to the inmates but nobody seemed to listen to her then. 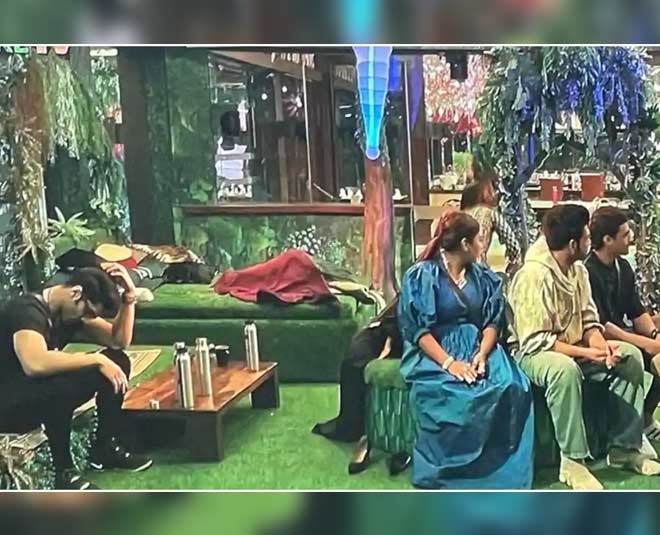 A while later, Karan Kundrra spots the bag of stones Akasa Singh and Pratik Sehajpal hid the night before and asks Nishant whether he knew anything about it or not. With no answers, Karan tossed the stones out of the bag and moved on.

The housemates inside the house had witnessed every moment that happened outside but portrayed as if they knew of nothing and saw nothing.

With their initial plan going to the dump, they needed to come up with a new plan for the next innings. With Bigg Boss sending in the puzzle pieces, the inmates living inside the main house make no attempts in taking hold of any pieces of the puzzle while the inmates living outside use every possible strategy to safely store it in the designated place. The breaking of the rules of the house continues. Donal Bisht is spotted using the washroom that is only allowed to be used by the inmates living in the main house. Even after being corrected for her upcoming mistake, she decides to go in and have a shower. Nishant Bhat is spotted talking to her from outside the washroom but she seems to have continued.

Miesha Iyeris then spotted taking a nap secretly on Ieshaan Sehgal’s lap while all the other inmates are circled around, talking amongst each other. She is seen clearly denying the acquisition but we see her too!

Bigg Boss seems to have had enough of this season’s housemates. Tired of witnessing them break the rules of the house and not being able to keep conduct, Bigg Boss decides to take a huge step in the 3rd week of this season’s journey itself. The inmates of the house living in the indoor jungle are no longer considered superior or special in regards to the other. 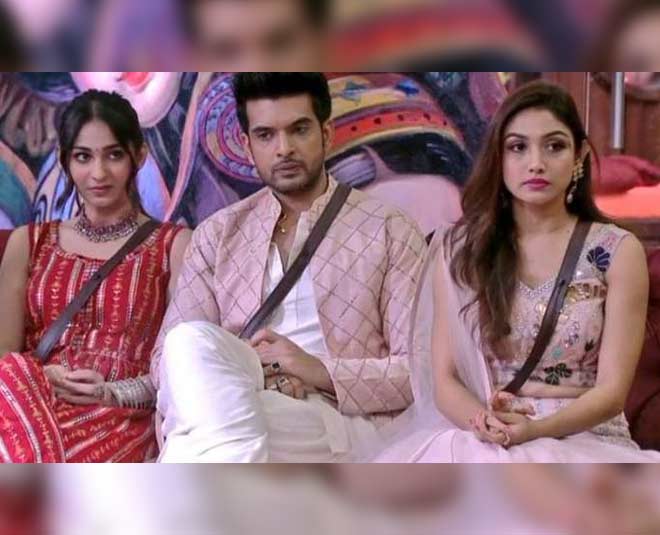 With the demotion of the indoor jungle inmates, everybody thought it was the end of it, but Bigg Boss knew there was more. A double eviction was in place. With all inmates asked to take a majority vote to evict any 2 inmates from the house, Tejasswi Prakash became emotional when everybody started considering Vidhi Pandya as one of the inmates to be evicted for the lesser amount of contribution through the 3-week journey.

Vidhi Pandya and Donal Bisht are evicted on a majority vote from the house on the basis of the least amount of contribution towards the show and platform. 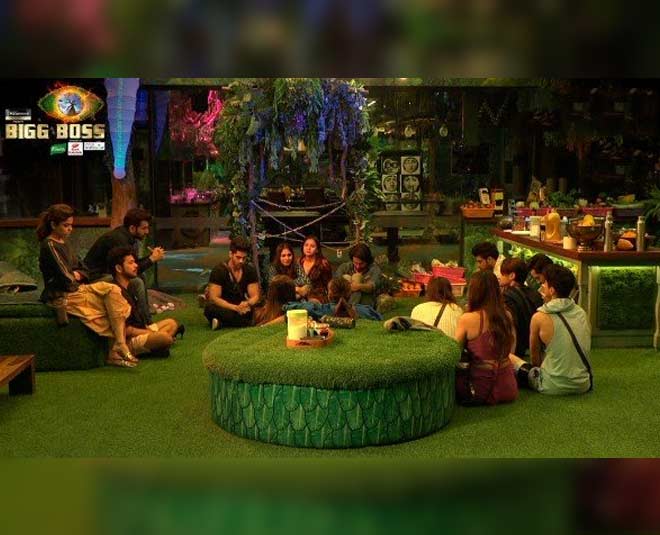 With 2 hits already in the field, there was another wave for the inmates. A nomination task is assigned to the inmates on the basis of what Nishant Bhat had chosen. As a captain, Nishant Bhat is given the power to nominate any 8 members of the house for the nominations task wherein he nominates Ieshaan Sehgal, Miesha Iyer, Simba Nagpal, Umar Riaz, Afsana Khan, Shamita Shetty, Karan Kundrra, and Vishal Kotian for the week with a task that is to take place in the room of illusions.

With the episode coming to an end, Shamita Shetty is the first nominated inmate to go into the room of illusions to start the nominations task.

Do you think Donal Bisht and Vidhi Pandya deserved to be evicted from the house? Who are your picks for being in the bottom two for the last week? Let us know on our official Instagram page. Stay tuned to HerZindagi for more!