Why Women Participation Is The Key To Our Democracy?

There is no greater force than a world of empowered women. So, let's talk about why women's participation is the key to democracy.

The former Prime Minister of the United Kingdom, Margaret Thatcher, once asserted, "If you want something said, ask a man; if you want something done, ask a woman." One cannot agree more. Women are half our society. You cannot have a revolution without them, neither have democracy without them, nor equality without them. There is, certainly, no greater force for change, peace, democracy, inclusive economic growth than a world of empowered women. So, let's talk about why women's participation is the key to democracy.

Democracy is made from the Greek word 'demos' meaning people and 'kratos' meaning rule. A democratic government is, thus, known as the people's Government. While the word people is meant to include all genders, religions, and races, the word democracy has, in this sense, not fulfilled its meaning. This is because while women account for almost 50% of India's population, their representation in the decision-making authority of India or the National Parliament is dismally low. According to data present on Rajya Sabha's (The Upper House of the Parliament of India) website, in 1952, women constituted just about 7% of the house. Now, approximately 70 years later, the rate is still at a meager 11.6%, with women only accounting for 27 out of the total 233 members of the house.

The consequences of this lack of representation are not just restricted to the present but have far reaching implications on the future. The dismal women participation in the decision-making authorities across institutions is demonstrative of the perpetuation of a patriarchal stronghold that still exists in our society. Even in the 21st century, there is a stark gap in the education, employment, and pay levels of women. Thus, if we are looking to improve the situation in the future, there is an acute need for women to step up in roles across institutions so we can stop the stagnancy and negligence in the decision-making of matters concerning women from projecting further.

A Few Women In Indian Politics

While it is true that women have a long way to go in politics, we also have to consider that over the years, India has had quite a few high-profile women pioneers ruling the headlines. Back in 1925, Sarojini Naidu was elected as the president of the Indian National Congress. 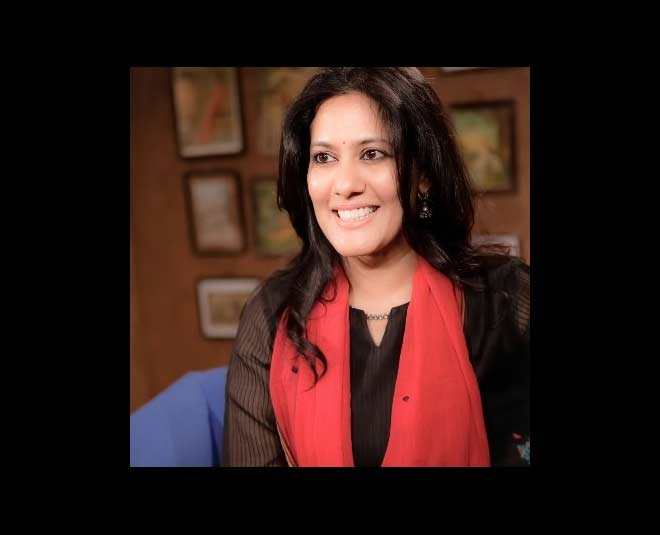 In more recent times, Chhavi Rajawat was the sarpanch of a Rajasthani village called Soda. Rajawat had been the youngest person to hold the office of sarpanch. She became the youngest sarpanch at the age of 30. She was not affiliated to any political party which made it more challenging for her , but she knew her goal and she was just working for it. 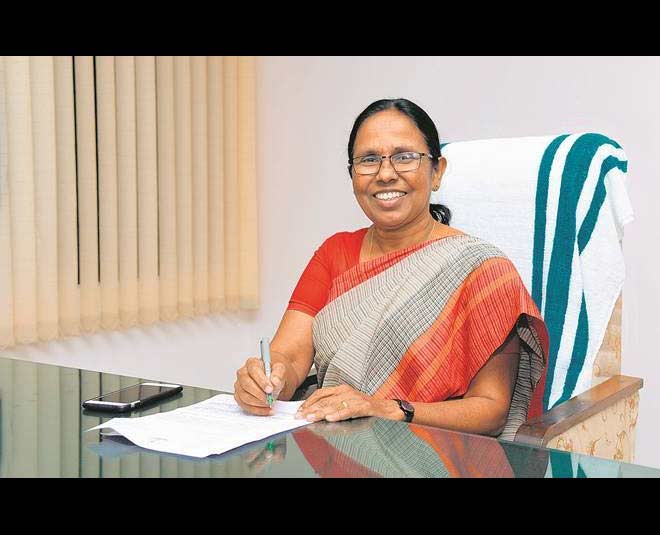 KK Shailaja is the Minister of Health and Social Justice in Kerala and the current MLA from Kuthuparamba. As Health Minister, her leadership during the COVID-19 outbreaks was widely lauded. Shailaja received international attention for her leadership in tackling the COVID-19 pandemic in Kerala, the state that reported the first coronavirus infection in India.

Her work was recognized by the United Nations.

There are many more known names as well, and while, the number of women in leadership roles in Indian politics has slowly but surely increased, in comparison with men, the number is exceedingly less.

The Importance Of Women In Democracy 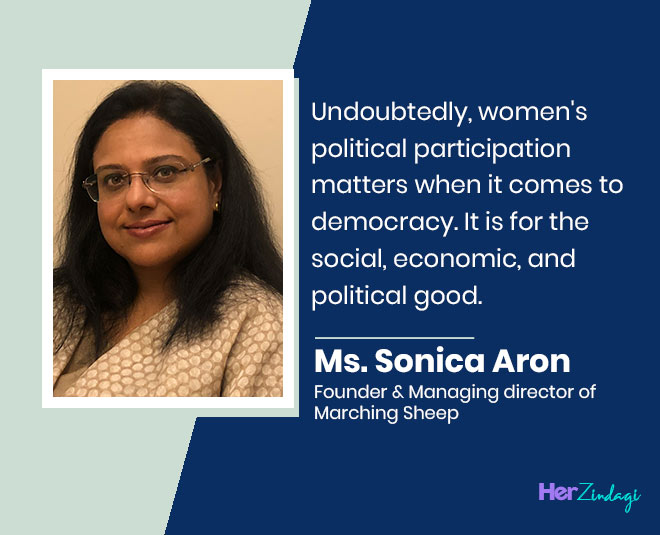 Ms. Sonica Aron, Founder & Managing director of Marching Sheep says, “Undoubtedly, women's political participation matters when it comes to democracy. It is for the social, economic, and political good. If we define the democratic process, it requires equal participation from all the citizens, irrespective of their caste, race, or gender, of any particular country. Women's political incorporation challenges the power structures as well as relations that sabotage the consideration of women's necessities and interest in decision-making. The inclusion of women in politics promotes gender equality by challenging the social and political existing structures that propagate a culture of women's subjection in both the private and public arena. It engenders political and economic benefits. Strategically, it expands the number of women in the parliament, curbs exploitation, further helps in solutions of women-centric issues, and promotes the inclusiveness of minorities in public spheres.”

Further more, around the world civil society organizations have answered the UN's call to action to address and counteract the wide range of ways that may impair democracy and increase authoritarianism, by:

•empowering women against gender-based violence, which has surged amid COVID-19 lockdowns, quarantines, and social and economic pressures;

•helping to highlight the challenges of inequality and weak service delivery made worse by the covid crisis, with specific focus on the needs and rights of women, youth, minorities and other marginalized populations, so as to help hold governments to account.

The females represent approximately 3.5 billion residents, yet in numerous nations, they face constraints to successful participation - as competitors, voters, and elected officials. They make up less than 10 per cent of world pioneers. Globally, as little as one in five members of parliament is female. Women have ended up reliably restricted by conventional gender stereotypes regarding their ability to assume leadership positions. This is unfortunately evident even in the healthiest of democracies. 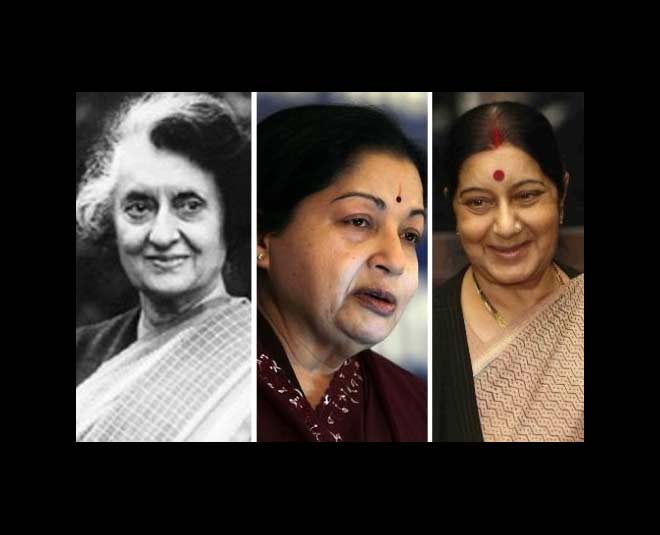 On the off chance, if a political system neglects women's inclusion, if it dodges accountability for the rights of women, it fails half of its residents. Certainly, true democracy depends on the acknowledgment of human rights and gender equality. And even if one of these flounders, so the others. Weak democracy stays a significant hindrance to the satisfaction of human rights. Similarly, the inability to regard human rights is an obstacle to effective democracy. Although 50 per cent of the world's population, women continue to be under-represented as voters, leaders, and faces of the elected officials. A little more than 20 per cent of the parliamentarians worldwide are women. However, the proof is strong that as more and more women are elected, nations experience better standards of living; the basic needs and requirements of families, women as well as minorities are addressed; and trust in democracy elevates.

An analysis done on the covid response by 194 countries revealed that Countries led by women had “systematically and significantly better” Covid-19 outcomes, locking down in a timely manner and suffering half as many deaths on average as those led by men.

This research was published by the Centre for Economic Policy Research and the World Economic Forum, and suggested the difference was real and “may be explained by the proactive and coordinated policy responses” adopted by female leaders.

Don't Miss: As Nusrat Jahan Confirms Father's Name Via Birth Certificate A look At Actresses Who Chose Motherhood Out Of Wedlock

Thousands of studies and reports have shown us that there is no tool for development as successful as women's empowerment. No other approach is as likely to raise financial efficiency or to diminish child and maternal mortality. No other arrangement is as certain to further promote nutrition and improve health. No other strategy is as amazing in expanding the odds of schooling for the future. The world is squandering a valuable asset by underrepresentation of women in leadership roles. Every decision-maker must work together to decipher the myriad of issues in their respective nations. To meet worldwide development objectives and assemble sustainable democracies, women must be encouraged, empowered, and upheld in becoming powerful political and community leaders.