'Sohni Mahiwal' Is Not Just A Tale Of Love, But An Epitome Of Women Empowerment

Let's break down the story of 'Sohni Mahiwal' to understand the hidden message of women empowerment. 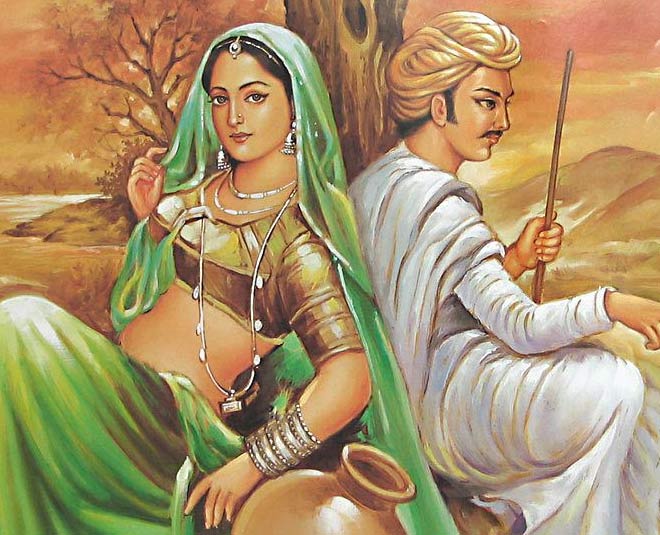 The story of Sohni and Mahiwal is an epitome of love. Where our capacity to love ends, is where the love of Sohni for Mahiwal starts, that is the intensity with which she loves. For those who don’t know, the story of Sohni Mahiwal is a story of love, passion, and tragedy written by Hashim Shah under “Kissa Kaw”. One day, in a small village along the river Chenab, Punjab, a beautiful girl was born to a potter. She was the most beautiful girl the villagers had ever seen. This is why they decided to name her ‘Sohni’, which means beautiful in Punjabi. As she grew up, she started to take interest in designing the pots that her father created. One day, a trader from Uzbekistan, Izzat Baig came to the village for his work. He stumbled upon the shop of Sohni’s father and went in to buy a few pots. That is when his eyes fell on Sohni, who was sitting in the corner painting pots. Never had Izzat ever seen someone so beautiful. His eyes could not get enough of Sohni’s beauty. He was enchanted. He soon began to find reasons to come back to the shop every day just to steal glances at Sohni. Soon all his money was exhausted, but as they say, when one is in love, nothing else matters. In order to stay close to Sohni, Izzat took up a job at her house, working under her father as a servant. He would take care of the buffaloes which is why he started to be called as Mahiwal. As the villagers got suspicious of the relations between the pride of their village Sohni and an outsider Mahiwal, they forced Sohni to get married to another man. Her father agreed and in no time Sohni was married to a man she did not love. Brought down by destiny, Mahiwal swam across the river Chenab and settled in another village. This is where the twist comes. If something like this was to happen in any other story, the female lead would accept her fate and weep for long hours till she would either poison herself or write letters to her beloved, begging him to come back and rescue her from this plight. That is not how Sohni was. Sohni was not the one to sit and cry over her fate. Sohni challenged her fate, took matters to her own hand, and proved it to the entire society that a woman has her own wants and desires too. If society wants to intrude in her business, she will still find ways to fulfill her desires. This is where the second part of the story commences. This is where we witness the passion, desire, empowerment and for the first time all of this coming from a female, not the male lead.

Read More About Indian Dolklore- Fascinated By Indian Folklore? Here Are Some Myths And Legends From It Even after getting married, even after Mahiwal settled across the river, even after no odds seemed to be in her favour, Sohni used the pot that her father made as a medium of transport to cross the river and meet her beloved, Mahiwal every night. Before we get to the tragic end, we must acknowledge something that has always been overlooked. Sohni’s commitment. While writing stories about love, it has always been the case that the man fights for his love while the woman sits crying her eyes out, praying that someday her love will rescue her. Our Sohni was no spineless lover, she was ferocious, she knew what she wanted and how she could get it. She did not wait for Mahiwal to take heroic steps to come and rescue her, rather took the matter in her own hands. It is more often than not forgotten that women too have desires. They don’t just sit around waiting to be loved but can fight for their love too. Sohni wanted to be with Mahiwal and so she did. The character sketch of Sohni sets an example for all those writers who redundantly write about ‘heroic’ men and ‘hoping to be rescued’ women. That is why, among all the repetitive stories with pitiable female characters, the story of Sohni Mahiwal is that of women empowerment, of great pride for us all. It is high time we stop waiting in our balconies to throw our hair down for our man to rescue us as Rapunzel did. Do you know what Sohni would have done in this case? She would have made a rope from her own hair and rescued herself. We all have the means, then why is it so that we have to wait to be rescued? Why does society think low of women who have their own desires? We have grown up listening to the folklore of Sohni Mahiwal, we must learn from it too. Yes, Sohni died. One night, her sister-in-law changed the pot with another one that wasn’t baked. Sohni drowned and what reached Mahiwal was her dead body. However, Sohni did not die waiting for love, or worse Sohni did not kill herself due to her fate, she died in her attempt to fight the odds, she died a warrior.

Read More About Love- History Of Valentine's Day: Origin, Facts, Stories, All You Must Know About February 14

We must all learn from Sohni that love is not about weeping due to our fate. Stay tuned to Her Zindagi for more such content.