Rehtee Begum a '124-year-old' woman from Baramulla in J&K got vaccinated against COVID 19 on Wednesday, family claims she is the planet's oldest woman... 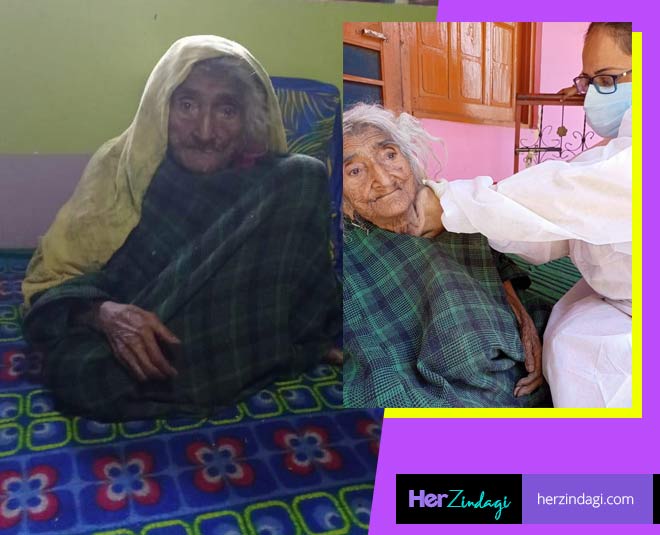 We are all still living in a state of confusion about the whole vaccine situation. While some are totally against getting the jabs, half of the people are scared of the symptoms that appear after the administration of the vaccine, some don’t get the slots and some don’t have time. But shattering all these excuses an old woman from Jammu and Kashmir is breaking the internet.

In 20 districts of Jammu and Kashmir over 9000 people administered COVID vaccines on  Wednesday and one of them was Rehtee Begum. The woman was said to be 124 years old and the ‘oldest woman on the planet’ as per her family members. Let us read on and find out more.

Vaccination In Jammu And Kashmir 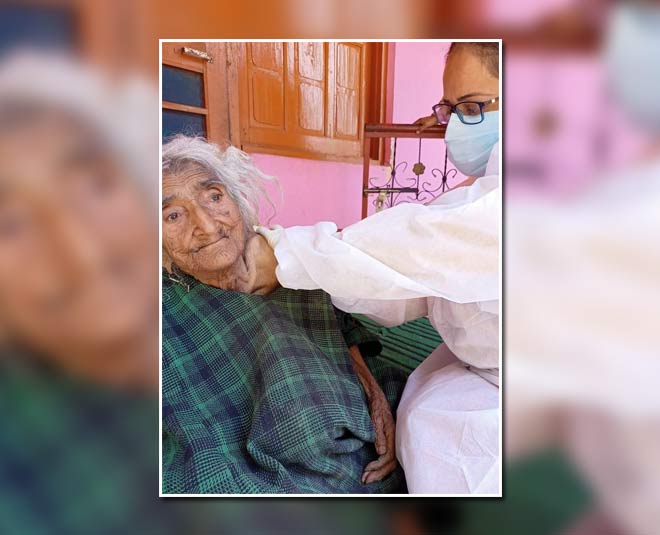 Vaccinations across 20 districts of Jammu and Kashmir were carried out on Wednesday and 9289 people got their first jab. The number included the healthcare and frontline workers and a special lady called Rehtee Begum.

The news of this woman getting her first covid jab became an instant hit. The reason being that this woman was a centenarian, having lived for over 123 years as per family claims, Rehtee Begum is also the oldest woman on earth.

Rehtee Begum got her first jab on Wednesday in a door-to-door vaccination drive organised by the government.  She is a resident of Shrakwara Block Wagooram, Baramulla, Jammu & Kashmir, as per the officials.

The DIPR tweeted about the incident on the microblogging website and uploaded some pictures of Rahti Begum getting vaccinated, “#COVIDVaccination #jandkfightscorona 124 Years Old Rehtee Begum of Shrakwara Block Wagoora Baramulla gets her first COVID vaccine jab during door to door vaccination campaign” was what he wrote in his tweet.

Is Rahti Begum Really The Oldest Woman On The Planet? 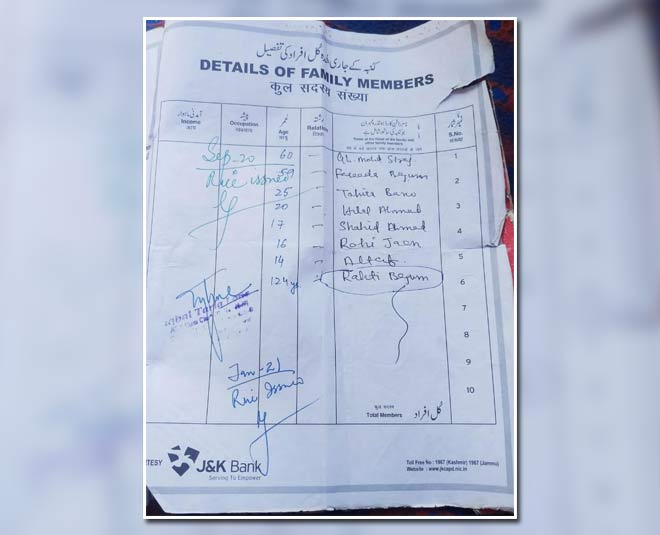 According to the information given on Guinness World Records website the oldest person alive (female) is Kane Tanaka who was born on 2 January 1903 in Japan.  And the oldest person ever was Jeanne Louise Calment from France who passed away at the age of 122 years and 164 days in 1997.

Now as per the entry on her son’s ration card, Rehtee Begum is 124 years old but since there is no official proof provided by her or the family, which makes it hard to guess her exact age. BDO, Wagoora, Mr. Abdul Rashid Ganie who led the vaccine operation across the area said that he and his team cannot certify her age. “We started door-to-door vaccination drive here and came across this family. She was willing to get the jab, which was a good thing. So, we administered the jab to her” added the BDO officer while in conversation with PTI.

Further, when the lady was asked about her age she could only say that she has crossed 100. Checking the details in the ration card of the family the team found 124 years as her listed age.

The family of the lady could not produce an Aadhar or election card to certify the woman’s age. However, The Information department of the Union Territory mentioned her age to be 124 years on their official Twitter page.

Don't miss: Happyness.me Announces Employee Voice 24/7, What Is It And How Will It Help Businesses