A Boring Concert Brought Them Together! Know The Love Story Of Pallavi Joshi And Vivek Agnihotri

This power couple is known for their personal and professional partnership which reflects through their work.

Filmmaker Vivek Ranjan Agnihotri’s film 'The Kashmir Files' is currently in news and has become a part of all the discussions happening across the country. The movie is gaining praise from all quarters and its collections are not showing any signs of decline.

But why is this film so special?

First, the film is based on the persecution of the Kashmiri Pandits from the Kashmir valley in the early 1990s, and the subject is garnering attention from not only the citizens but support from the government as well.

Now, the couple has been in the spotlight!

While Vivek Agnihotri is known for films like The Tashkent Files, Buddha In A Traffic Jam, and Dhan Dhana Dhan Goal, actress Pallavi Joshi is known for her work in TV serials such as Bharat Ek Khoj and Justajoo, and films like The Making of the Mahatma and Suraj Ka Satvan Ghoda. She is also a recipient of two National Film Awards.

Together, the duo has worked in The Tashkent Files, Buddha In A Traffic Jam, and now, The Kashmir Files. The major thing that strikes the most about this couple is their sense of belonging and faith in each other.

But do you know anything about how they met and got together? No? Then, take a look at their ‘hatke’ love story and see how fate helped both in getting together!

It All Started At A Rock Concert! Now, you know all about our love birds but did you know that this personal and professional partnership started at a rock concert? We are not kidding!

The couple first met at a rock concert in the early nineties through some common friends but it was certainly not love at first sight!

Recalling those times in an interview, Vivek Agnihotri told that it was fate that both of them met and it wasn’t planned at all.

He further went on to say that he and Pallavi had no personal acquaintance at the time. He added, “Though I didn't know her personally, I knew there was something we shared in common. I think, it was the fact that we both were tremendously bored of the concert.”

Pallavi Joshi also recollected the memories and said, “I was thirsty and Vivek brought me something to drink." However, she further remarked that at the first meeting, she didn’t like him very much. She believed that being an ad-person, Vivek might be snobbish and Vivek was of the impression that she would be total filmy.

Don't miss: Here’s Why Pallavi Joshi Wants You To Hate Her Character In ‘The Kashmir Files’ Considering their first meeting, falling in love was a slow and gradual process for both of them. They feel that the foundation of love is friendship.

After the first meeting, the two connected at both personal and professional levels gradually and got to know each other very well.

Talking about her feelings for Vivek, Pallavi mentioned, “It's his ability to make things so simple and uncomplicated that I fell in love with.”

While, for Vivek, it was Pallavi’s entire persona - from her spirit to her sense of humour. The thing that left him awestruck was how she conducted herself as while, she was a well-known face but the actress knew where to draw the line. 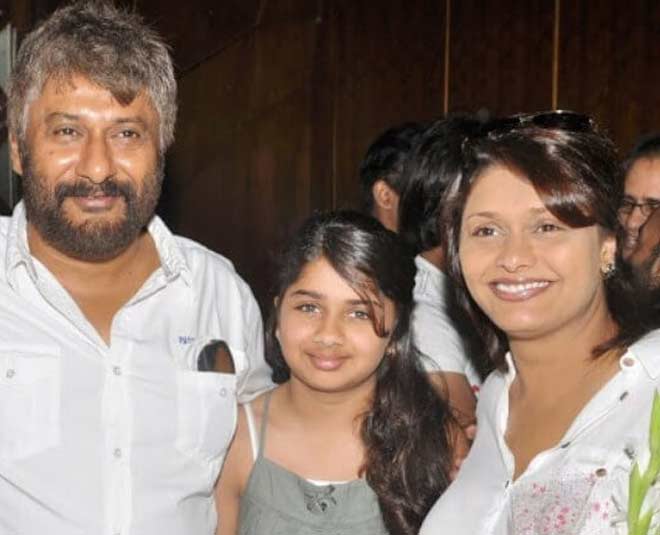 Later, slowly things started escalating between Pallavi and Vivek and after three years of dating, the couple tied the knot on 28th June 1997 in the Chinmaya Mission Mandir in Mumbai (Soothing Beaches To Walk-Around In Mumbai), in the presence of their families and close friends.

They said, “Our parents were happy with our decision and supported us throughout.” They also believe that marriage is an extension of the family and parents’ consent was very important to them.

Now, the couple has two children - Mallika and Manan. And Pallavi feels that her ambition is now towards the betterment of her family and the overall development of their children.

It All Comes Down To Respect Along with taking care of the kids, Pallavi Joshi and Vivek Agnihotri have worked together on many projects. They believe that working together has brought them closer as a couple.

Talking about this, Vivek opined, “Working together has had a profound effect on our marriage. We both respect each other’s professional abilities."

They are truly a team who believe that “Friendship is everything in married life!”

What do you think about their love story? Do share your thoughts with us on our Facebook page. For more such stories, stay tuned to HerZindagi!