‘There’s always a woman behind every successful man’ is a true saying when it comes to Gautam Adani, Asia’s richest man!

You have probably heard about this family, the Adani family, which is in a constant tussle with the Ambani to be the richest family in all of Asia. With their ranking switching between the top two positions, this family is known for its Ahemdabad-based multi-national company that deals in operations related to port developments in India.

The Adani Group was founded in 1988 and makes Gautam Adani the richest Asian with a total net worth of USD 88.3 billion. While everybody is aware of the tycoon’s name and business ventures, it has been his wife, Priti Adani who has been the strong pillar behind the success of it all! Priti Adani was born into a Gujarati family residing in Mumbai in 1965. She went on to complete her graduation in dental surgery from the prestigious Government Dental College, Ahmedabad. Post her marriage to the business tycoon, she became the chairperson of the Adani Group and went on focusing on the betterment of society.

It was in the February of 2020 that Priti received a prestigious doctorate for her incredible social work at the convocation ceremony at the GLS University, Ahmedabad.

The Founder Of Adani Foundation 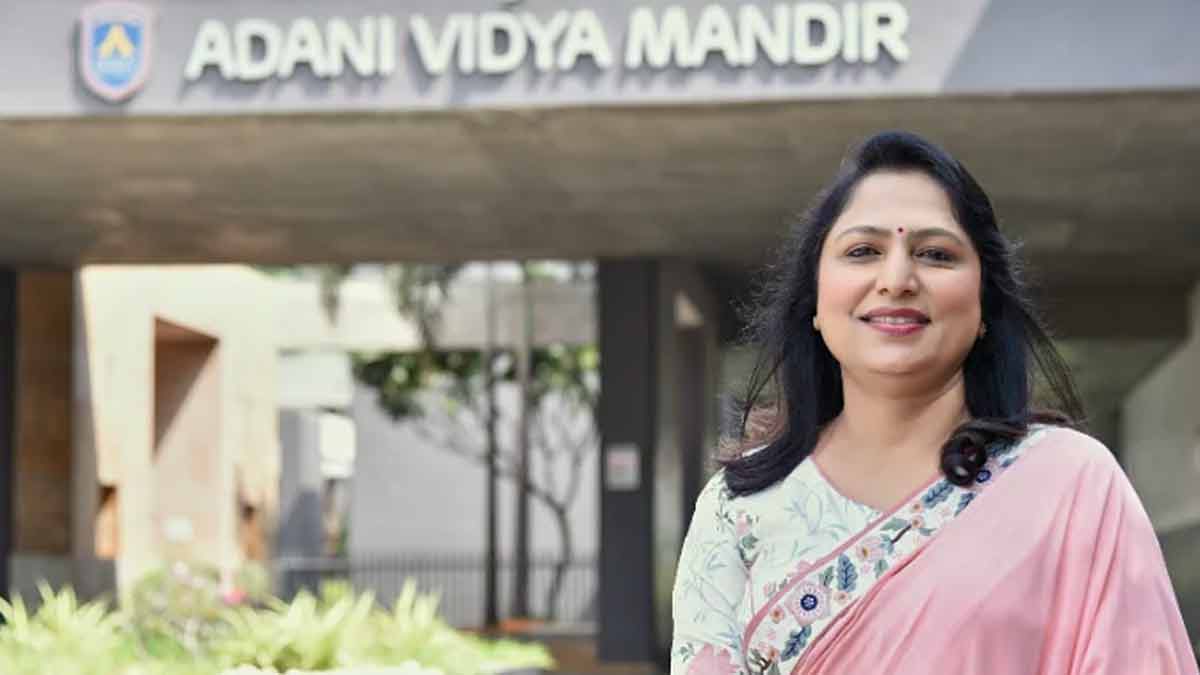 With just 2 members on her team, Mrs. Adani founded the Adani Foundation in 1996. Jumping 21 years ahead, the foundation has managed to cover more than 18 states throughout India. The foundation currently works with 2,300 villages and set up 4 flagships to combat poverty, illiteracy, hunger, and malnutrition amongst children. The four flagship programs include Saksham for skill development, Suposhan for malnutrition, Uthhan for education, and Swachhagraha for cleanliness.

She is one of the leading educators in Gujrat who is taking the literacy rates of the territory to their peak. Post the tragic earthquake in Bhuj, Gujrat, in 2001, the chairperson of the Adani Group started the Adani DAV School in Mundra to help the children get the proper education. The move was appreciated not only by the government but by the people across the country. She then announced ‘free education’ to the underprivileged kids till higher secondary education within the state of Gujrat in a span of a few years.

The reason for founding the Foundation was as quoted by Mrs. Adani herself, ‘I had two options presented to me -- I could either help a few hundred people as a dentist or I could help thousands through the work of our foundation.’ 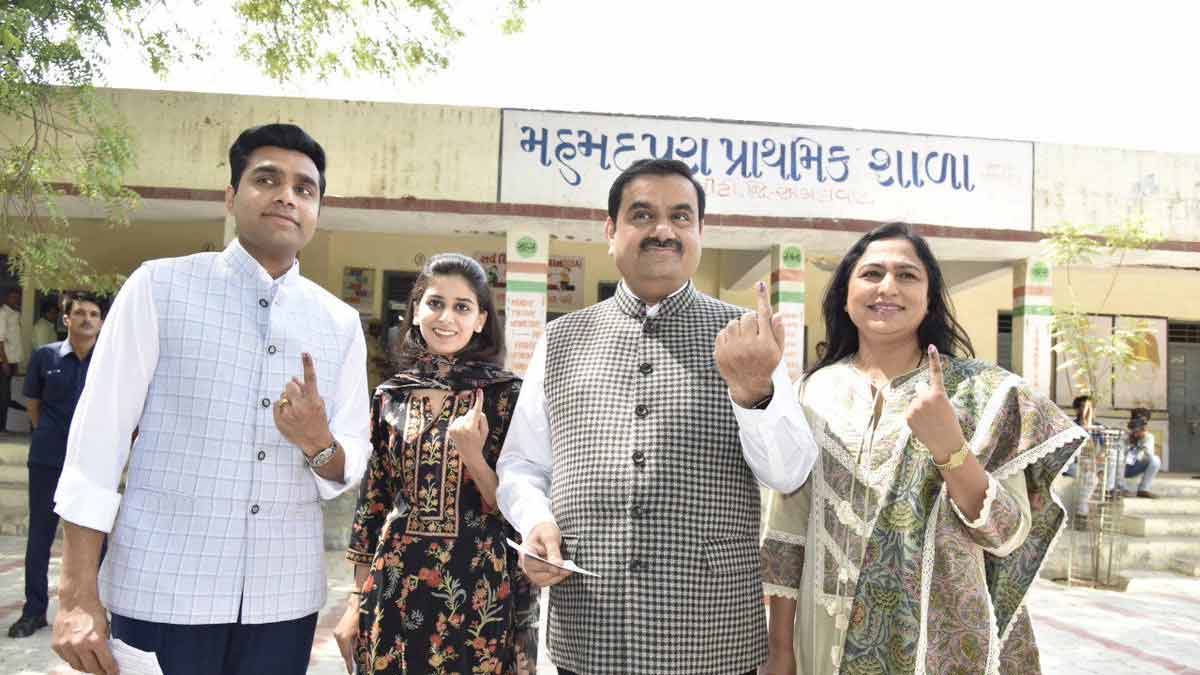 While the world was facing a major crisis with the worldwide pandemic of COVID-19 spread, Priti Adani set out to help the underprivileged as she tried to find solutions against the deadly virus, since the labor class of India, was facing the most heat.

The foundation went on to find basic amenities like food, water, and bedding in hospitals for those in need.

The Adani family has been spotted many times placing their votes on their favoured political parties during elections. This surely makes the family well aware of their surroundings and become a participating member of the society. 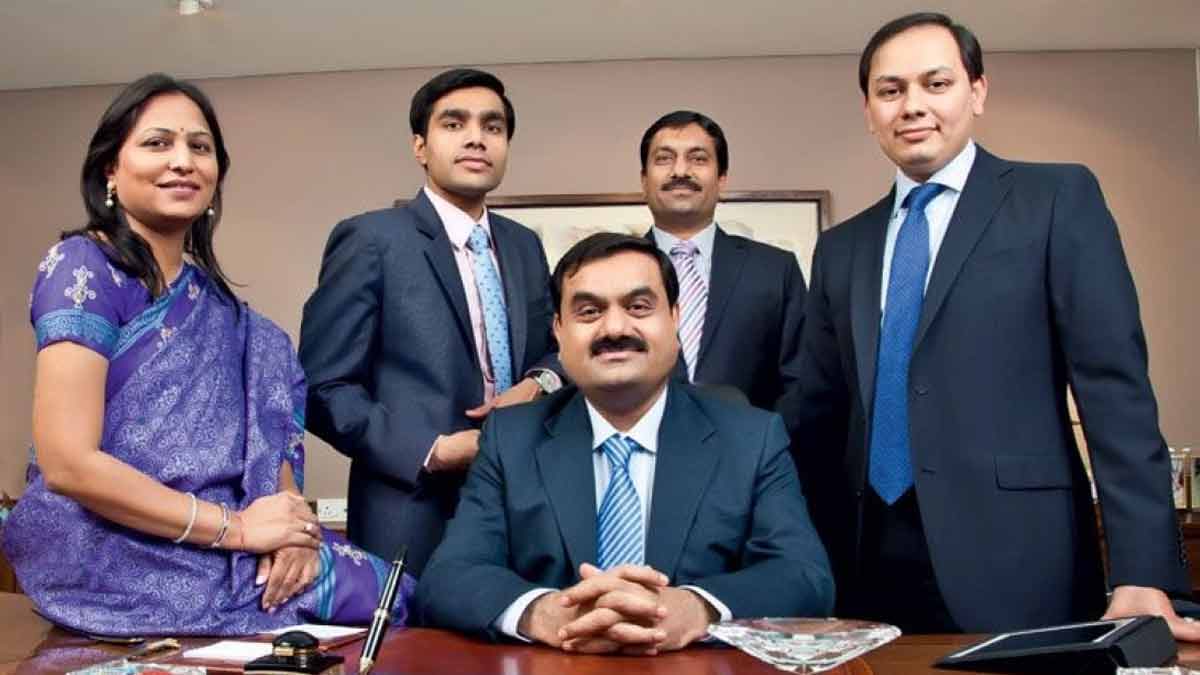 The billionaire couple is blessed with two sons; Karan Adani and Jeet Adani. While the eldest, Karan, is the Chief Executive Officer of Adani Ports & Special Economic Zone Ltd, his younger brother, Jeet, is reportedly completing his education at the University of Pennsylvania School of Engineering and Applied Science.

It was in 2013 that the elder son, Karan Adani tied the knot with Paridhi, and welcomed a baby girl in 2016. Like any other grandparent, Priti is highly possessive about her granddaughter and never misses a chance to spend time with her. She often brings gifts for the princess and does all her ‘dadi’ duties!

Priti Adani has definitely changed a thousand lives with her professional work, keeping empathy and emotional quotient in mind. She is always seen as the pillar behind her husband, building and supporting him through thick and thin.

Looking for more? Connect with us over our official Instagram account and let us know in the comments. Stay tuned to HerZindagi for more updates and stories!