Women in various fields, including the judiciary, are fighting for equal representation in India. Read on what women justices of India have to say.

Our judiciary is one of the four pillars on which Indian democracy stands. It governs and drives our actions and categorises them into legal and illegal verticals. Among several judges in the 25 High Courts of India, female judges make up only 11.7% of the population, states the report of Supreme Court Observer.

Even with this small number, many women justices have delivered groundbreaking judgements and have passed encouraging statements that restore our faith in the judicial system of India. Let us read a few important statements!

B. V. Nagarathna, A Judge of the Hon’ble Supreme Court Of India 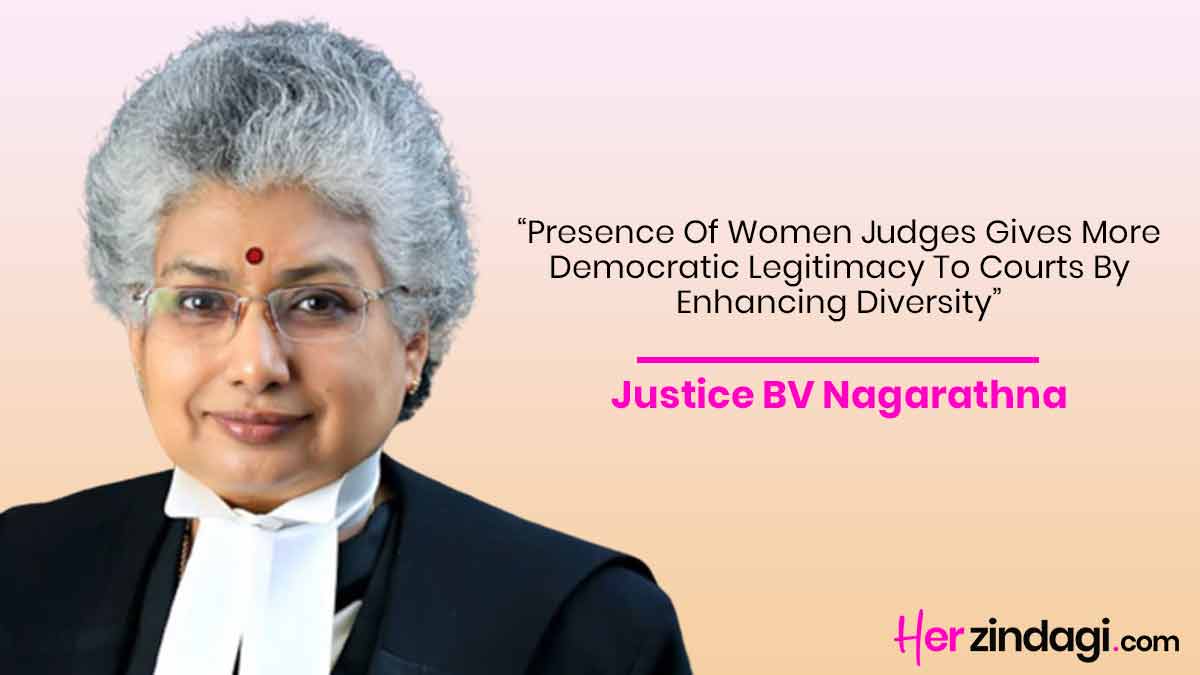 “Presence of women judges gives more democratic legitimacy to courts by enhancing diversity,” she said while addressing the audience during a virtual event celebrating the International Day of Women Judges.

“Access to quality child care at the workplace plays a significant role in ensuring motherhood doesn’t become an insurmountable barrier to women empowerment,” Justice Nagarathna stated while inaugurating a crèche facility in the Delhi High Court.

Indira Banerjee, A Judge of the Hon’ble Supreme Court Of India

Indira Banerjee stands at the eighth position among the female judges in the History of the Supreme Court of India. She was the second woman to hold the position of Chief Justice at the Madras High Court. During the celebration of the International Day of Women Judges, Justice Indira Banerjee said, “Equality of women’s status more in books than in actual practice."

Adding, she said, “Today women are still under-represented among those who take decisions that will impact future generations. Achieving the intergenerational and intergenerational justice is a goal of the women and men, and empowerment of women is one of the sustainable development goals,"

She also said, "In India, the representation of women in the judiciary has been abysmal since its inception in 1950, the Supreme Court has seen only 11 women judges.”

Sharing her observations on the approach of society toward rape victims, Justice Indira Banerjee said, “In our society, people start finding fault with rape victim instead of empathising with her.”

During a celebration of Women’s Day 2022, Justice Banerjee was addressing an event, Breaking the Bias - A Constitutional, Legal & Policy Lens. She spoke about the equality of women in society and said, "Equality means no discrimination, equity means fair treatment, empowerment means infusing women with power. It is the power to take decisions with regard to their own life, subject to the provisions of law. It contemplates positive action with respect to preventing discrimination."

She further added, “To prevent discrimination and violence at home against women we have a law in place. But from the inception, we have to sensitize the parents to welcome the girl child, educate the girl child. If there are women in positions of power, a lot of these issues will go away. The stereotyping of women, the roles attributed to men and women - that mindset has to change. Laws can only go so far.”

Hima Kohli, A Judge of the Hon’ble Supreme Court Of India 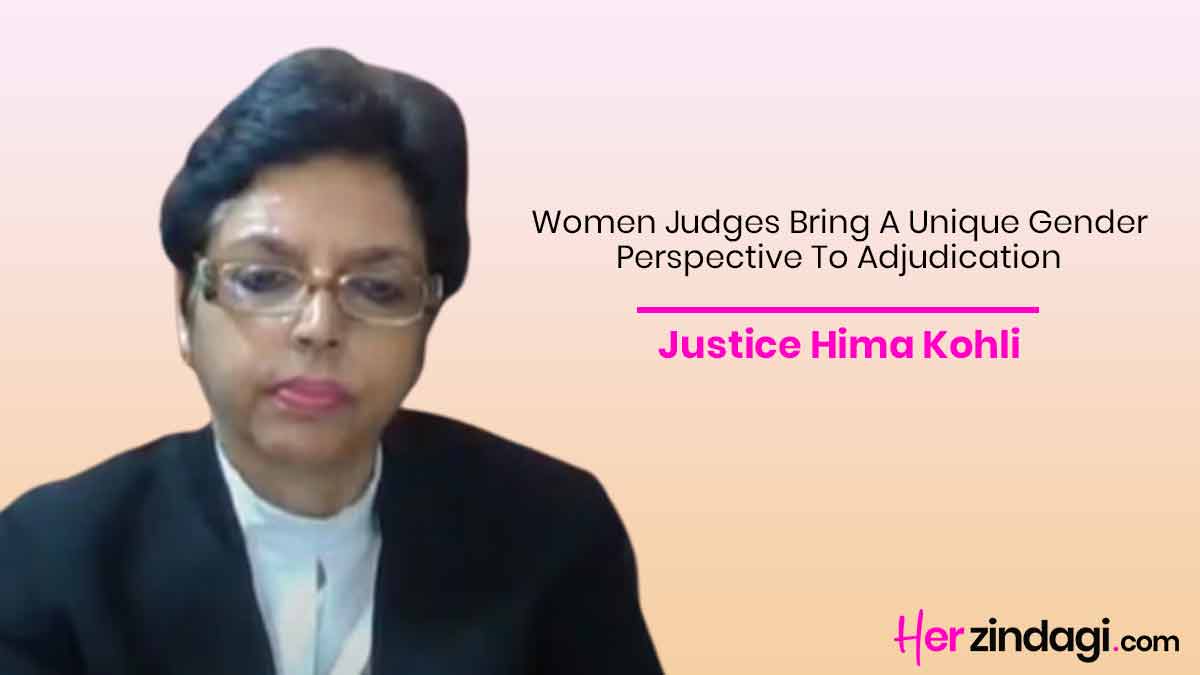 She was the first woman to hold the position of the Chief Justice of the Telangana High Court. Hima Kohli has been dealing with cases associated with legal education and aid in India.

During the celebration of International Day of Women Judges, the justice said, “Women judges bring a unique gender perspective to adjudication.” She further added, “Women judges validate the judicial system, and their inclusion in large numbers is a palpable realisation of the constitutional codes.

During a webinar on Domestic Violence During Lockdown, Justice Hima Kohli said, “In our society, we haven’t reached the point where men have needed protection from women. If there comes a time that women have an upper hand, then we will come to amending the laws. I am not saying that there is no misuse.”

She further added, “But, this cannot be a ground to throw out the law. We can do as much as we can to nip the misuse in the bud. However, there is no denying that the power structure is in favour of men.”

Don't Miss: Pink Tax: Learn Everything About The Extra Tax That Women Pay

Bela Trivedi, A Judge of the Hon’ble Supreme Court Of India

Bela Trivedi was a Gujarat High Court judge and has also served as the Additional Judge at the Rajasthan High Court. “A democratic society expects equal representation of women in the judiciary,” she said during the celebration of International Day of Women Judges.

She remarked, “It is only to balance the scale of justice. It is said that the whole world is nothing but the cosmic dance of Lord Shiva, and one of the forms of Shiva is Ardh Nareshwar which is the lord who is half woman and the other half is man...this form of Lord Shiva represents the wholeness and completeness of human existence.”

We hope to see more such voices rising in favour of women struggling and facing injustice in our society. Stay tuned with HerZindagi for more such stories.