Bollywood actor Salman Khan refused to get married just five or six days before the due date, says Sajid Nadiadwala. Read on to find out more!

Salman Khan, the most eligible bachelor in the B-town, has been asked a billion times of his wedding plans. But did you know that in the year 1999, he was all set to take the plunge and get married, but he called it off because his "mood got changed" at the very last moment? Yes, you read it right, ladies.

Recently, Salman Khan's friend and veteran producer, Sajid Nadiadwala was invited on The Kapil Sharma Show, wherein he spilled the beans about Khan's marriage. “Salman had gotten an attack in 1999 of getting married. He already had a girl, I had to find one for myself. Salman’s father’s birthday is on November 18, so we had decided to tie the knot on the same date. Everything was set, even cards were sent out. Just six or five days before the due date, he said ‘I don’t have the mood”, he said. 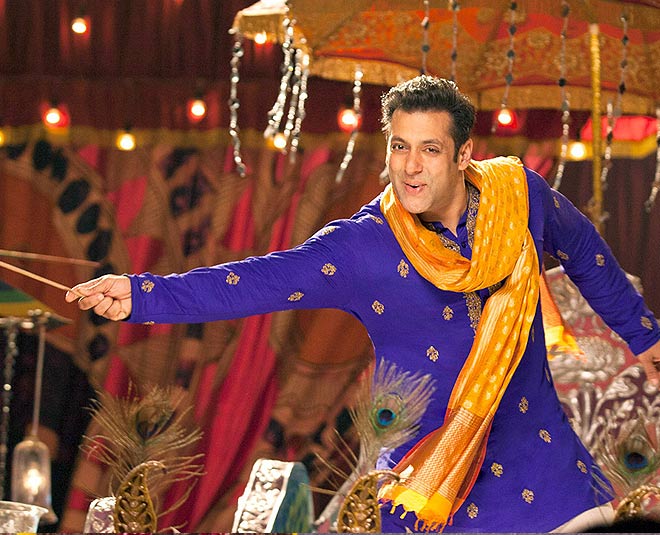 Sajid also revealed that Salman even tried to persuade him to call off the wedding. He said, "After changing his mind, he came on stage during my marriage and whispered in my ears. ‘There is a car outside, take it and run away." If you're wondering who the girl was? Then let me take you back at the time when Salman Khan was dating actress Sangeeta Bijlani. In a throwback interview with an entertainment portal, Salman had confessed his feelings of marrying actress, Sangeeta Bijlani and said that he will marry her. However, things took an ugly turn and the wedding didn't happen. “I’m not ready for any kind of relationship and serious commitment right now,” Khan said on the television show, Koffee with Karan.

In one of his interviews, Salman confessed that he doesn't believe in love. The Dabangg actor said, "I don't believe in love. There's like, care, respect, but that's not love. Love is what attracts you to someone even if he's not nice. For me the word is need, but very few people have the same amount of need for each other. One day you're chasing the person you need to be with, even if he she doesn't feel the same way. Aap samajh rahi hain? Then pffft, you no longer feel the same way and the other person is like, “What did I do?"

During an interaction with a news portal, Salman opened up on plans of fatherhood. "I do want to have a child, but with child, the mother comes. And when the mother comes, big complications happen as I am not the husband material. I am the father type. It will be unfair for anyone to think that I will change him. I will not change. I sometimes feel surrogate type ka ho jaye, but then look how close we are to our mothers so when the kid grows up, he or she will ask maa kaun? They will then think that my father for his own selfish reasons has kept us without a mother. And then my parents too would like to see my children. So, it’s all very complex."

Well, we hope Salman soon finds his soulmate and get married!