Google shows Virat Kohli's wife and actress Anushka Sharma as Afgani cricketer's wife and netizens sure had a field trip. 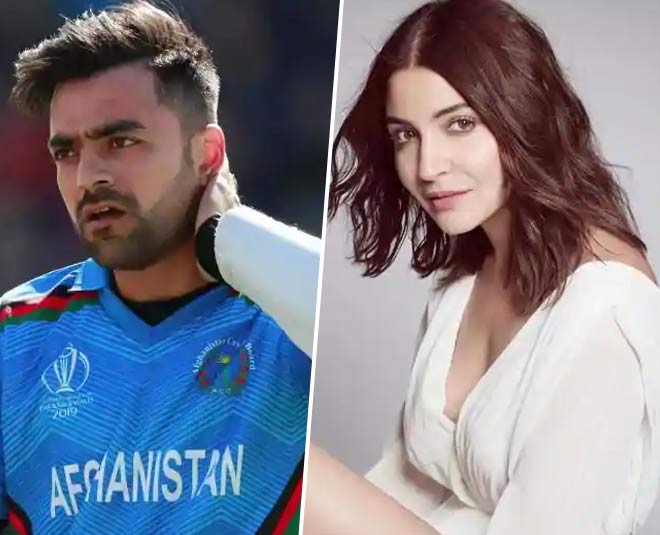 Imagine googling a celebrity and the info provided by Google is nowhere close to reality! Not joking dear readers, as Google actually messed up this time and the search engine made a mistake. When the picture of a glowing Anushka Sharma blowing a kiss to cricketer husband Virat Kohli amid an IPL match went viral, many of the actress' fans googled her and the aww-dorable moment, but, Google threw in a "googly" messing up with some heads. It showed the actress as Afganistan's cricketer Rashid Khan's wife instead of Virat's. Here is a screenshot you wouldn't want to miss.

Google played tricks unknowingly and the result was hilarious. When some searched for ‘Rashid Khan wife’ in the Google search bar, the result shows up as Anushka Sharma. But why did this happen? There is a reason which will surprise you. Confusing as it is, there is a reason behind it all.

According to some reports, Rashid (22) was a part of an Instagram QnA session where he was asked by his fans, to name his favourite female actress. Rashid said he loved to watch Priety Zinta and Anushka. This clearly fireballed into something and well "janta" will be "janta". 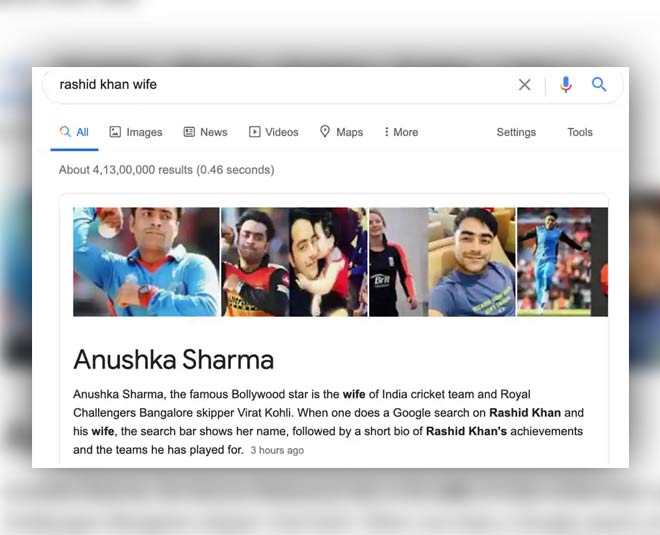 The holy grail search engine of most of us may have picked up from the mentions and the poor thing goofed up. The same happened when the American president Donald Trump’s pictures showed up when anyone searched for the word ‘idiot’. It still exists.

Anushka is married to our cricketer heartthrob Virat Kohli and they make a smashing couple that inspires the youth today. Both are powerful together and have their own shining identities. One rules the world of cricket and the other is brilliant as a film industry member and killing it with her production house with offbeat projects we are certainly digging. 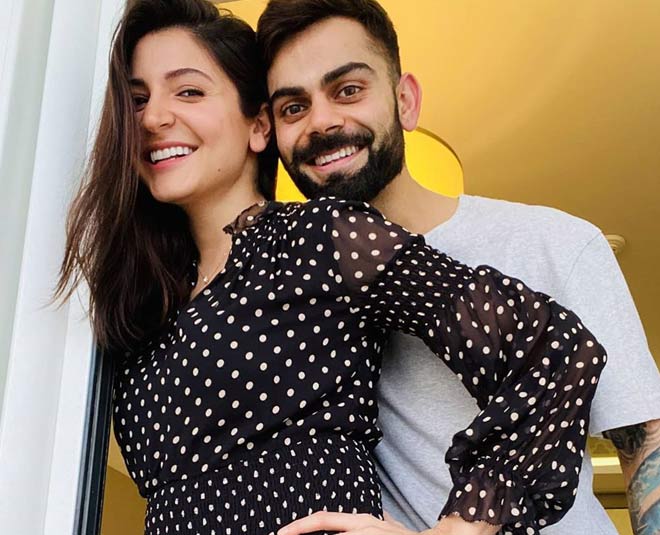 The lovely couple is expecting their first kid together, due in January 2021.

The duo just recently broke the internet with their love and overwhelming actions and had fans pouring in more love and wishes for them.

Anushka attended that Chennai Super Kings vs Royal Challengers Bangalore IPL 2020 match on Saturday. She even blew Virat a kiss from the visitor’s area, and this was bound to be caught by everyone. Virat had gestured to his wife after making a half-century and had scored an unbeaten 90 in the match, at that moment. 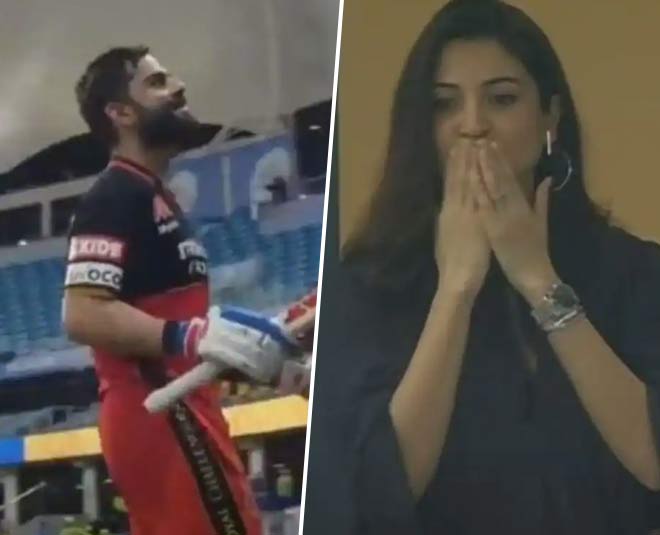 When we love someone we fight for them and take no bad-mouthing. The same happened when Sunil Gavaskar crossed limit or if we can say a distasteful comment, that Virat's "poor form was because he was out of practice during the lockdown and was only being bowled to by his wife". Anushka is not amongst those who sit back when such things happen. She gave him a befitting reply with her Instagram post

She wrote: "She wrote, 'That, Mr. Gavaskar, your message is distasteful is a fact but I would love for you to explain why you thought of making such a sweeping statement on a wife accusing her for her husband's game?. I am sure over the years you have respected the private lives of every cricketer while commentating on the game. Don't you think you should have equal amount of respect for me and us?

"I am sure you can have many words and sentences in your mind to use to comment on my husband's performance from last night or are your words only relevant if you use my name in the process?" she added.

"It's 2020 and things still don't change for me. When will I stop getting dragged into cricket and stop being used to pass sweeping statements? Respected Mr. Gavaskar, you are a legend whose name stands tall in this gentleman's game. Just wanted to tell you what I felt when I heard you say this," she concluded.

The response from Anushka was something Gavaskar asked for. What do you think?

Stay tuned to HerZindagi for more updates on the power couple.