As the blockbuster film completes 20 years today, Karan Johar is set to celebrate the occasion with grandeur. Read on to know how.

Filmmaker Karan Johar’s first film 'Kuch Kuch Hota Hai' released on 16 October 1998. The film became synonymous to romance for our generation and the tear-triggering story, catchy tunes and the epic scene where Rahul (Shahrukh Khan runs to meet his Anjali (Kajol) in Shimla.

The whole film was grand not just for its ensemble cast but also for its shoot locales which included Mauritius and Scotland. The film went on to win several awards including a National Award for Best Popular Film Providing Wholesome Entertainment and also won Karan his first Filmfare award. As the film completes 20 years today, Karan and his production house, Dharma Productions, are throwing a grand anniversary bash to mark the special occasion with their near and dear ones. It will be held at JW Marriott, Juhu, and is likely to be a star-studded one. 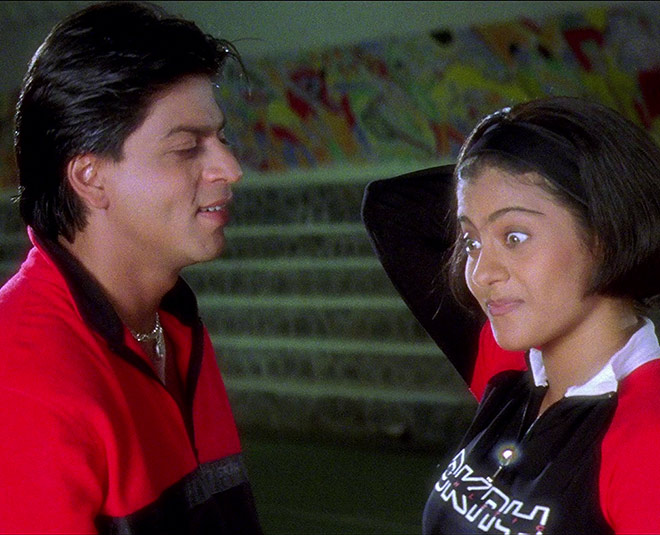 Did you know that Karan had joked a month back that if he ever plans on directing 'Kuch Kuch Hota Hai 2', he would cast Ranbir Kapoor, Alia Bhatt and Janhvi Kapoor in the same? We, the fans truly hope for a good news from the director's end pretty soon!

The film was a role models for most because of its wardrobe and accessories which was a fresh breath of air during a time when we honestly judge the filmy taste going on at the time.

Sharing few memories from the time SRK told media: 'When Karan Johar actually narrated the story, he said 'I want to see you as a parent. And I want to see you as a parent of a motherless child'. While Shah Rukh was not impressed with Karan’s idea, he was confident in Karan’s ability to direct and decided to carry on with it anyway. SRK says, 'He narrated some rubbish to me, some hogwash nonsense because he had to. And I said yes to that. And I think he started taking that seriously'. 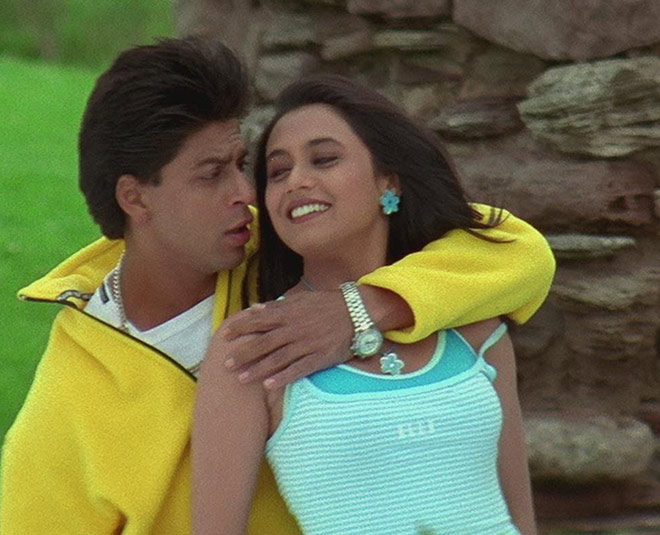 Rani Mukherjee, who essayed Tina said that she 'would keep inching away from Shah Rukh'.

Rani said that she was extremely anxious about her role in the film and did not believe she was good enough to play  the character. She believed that Shah Rukh and Kajol had great chemistry, especially since they had just done 'Dilwale Dulhania Le Jayenge' and worried about how her relationship with SRK on screen would pan out. She said she expressed her concern, to which Karan comforted her saying, 'Darling you leave that to me'.

Twenty years after making people fall in love with his idea of romance, Karan says the film's much-fancied hero, Rahul was 'a bit of a fraud.

Read More: Kajol Shares Why Helicopter Parenting Is Important And How It Should Be Done Correctly

How can we forget the dialogues which ranged from 'Pyar dosti hai' to 'Kuch kuch hota hai Rahul, tum nahi samjhoge'!

Karan told media: 'Rahul was a bit of a fraud anyway. He used to say 'we love once, marry once' but did it twice. In my head, I hope the marriage works, but it must have been a tough marriage. I hope the little Anjali (Sana Saeed) isn't messed up, because at eight she was loaded with so much information'.

The film redefined new age friendship and romance, and Karan said the movie was a great learning experience for him.

'I remember every single moment from the film. I remember all the struggles, the joy, the fun while making'. The first scene that the 46-year-old filmmaker shot for the movie never made it to the final cut.

'It was a doctor's set with Shah Rukh in it and I had directed it poorly but he (Shah Rukh) was kind. When I shot that dentist scene, I edited immediately and showed it to him. I realised it was a bad scene and told him about it. And he said, 'As long as you know it! I am happy that you do.' I removed that scene'.

It was Shah Rukh who suggested Karan start the shoot of the film with a song, as he can settle down by then. In a recent interview with a news agency, Kajol, who can be seen in 'Helicopter Eela', had said with 'Kuch Kuch Hota Hai', she learnt the importance of on-screen chemistry.

She said: "What I realised is that when you have fun off screen it translates on screen. Your off-screen equation is conveyed on screen. There is some relatability, touchability, that comes on screen... You don't know what is it that attracts people'.

Recollecting an accident during the shoot, Karan share that 'For the song, 'Yeh Ladka Hai Deewana', shot in Mauritius, Kajol suffered a major fall in a cycling scene. She fell on her face and was unconscious for a couple of minutes. When she regained consciousness, she had no memory of where they were and what was happening and apparently, she kept asking for only Ajay Devgn.

SRK told him: 'Let’s pull her leg, let’s tell her she is a dancer and make her dance in the fourth row and not the lead actress of the film'. Shah Rukh also remembers calling Ajay Devgn and saying, 'She doesn't remember you!'