Next
Article
These strong, independent women have asked the film industry to show support towards victims of sexual harassment and announced their unity on social media. 11 prominent female figures of the industry say that they will no longer work with ‘proven sexual offenders’.

The note, signed by Alankrita Shrivastava, Gauri Shinde, Kiran Rao, Konkona Sen Sharma, Meghna Gulzar, Nandita Das, Nitya Mehra, Reema Kagti, Ruchi Narain, Shonali Bose and Zoya Akhtar, reads: 'As women and filmmakers, we come together to support the #MeToolndia movement. We are in complete solidarity with the women who have come forward with honest accounts of harassment and assault. Our respect and admiration to them as their courage has started a revolution of welcome change. We are here to spread awareness to help create a safe and equal atmosphere for all in the workplace. We have also taken a stand to not work with proven offenders. We urge all our peers in the industry to do the same.”

Rao and her actor husband Aamir Khan also recently quit the Gulshan Kumar biopic after learning of sexual harassment allegations against director Subhash Kapoor. The couple had also released an official statement saying they are stepping away from the project and extended support towards the #MeToo movement.

Some other actresses as well have spoken up and shown their support uniting against the offenders in the film industry including Sushmita Sen, Deepika Padukone, Chitrangada Singh and Kangana Ranaut.

Kangana, who never holds back when it comes to voicing her opinion, slammed Karan Johar and Shabana Azmi for not speaking up about the #MeToo movement. 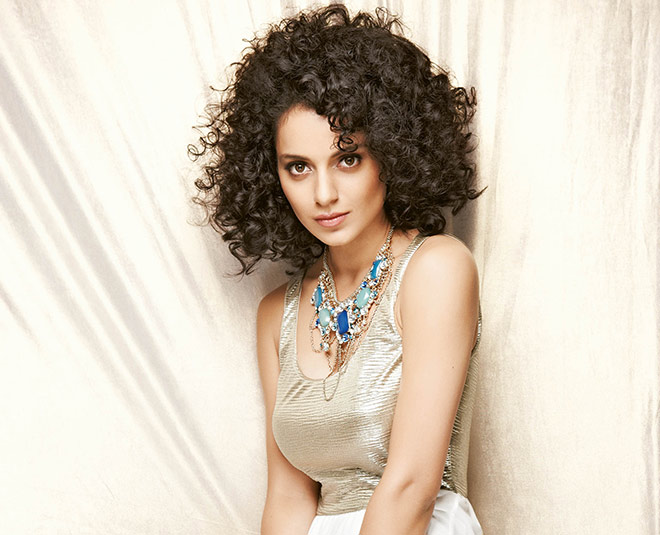 She also called out her 'Queen' director Vikas Bahl for allegedly making inappropriate sexual advances towards her. She, however, feels that now 'more significant people from the industry need to come out and talk about it'.

Sushmita Sen talked about the Dutta-Patekar controversy and shared that we are not ready for a campaign like #MeToo. She said, “I was reading an interview of Tanushree Dutta this morning and she is right that it isn’t about the coming of a #MeToo campaign. By all means, it will come and it will go. It is far deeper. It’s a mindset. To change that, you’re looking at an entirely new generation being raised and being educated to believe in their rights and responsibilities. So, I don’t think a campaign will do it. We’re not ready for that yet.”

“But as far as I am concerned, I think it’s time we stop treating everything as a problem of a sector, it is a basic human right. To live a dignified life and that concerns everyone. It isn’t just about film industry because you are talking about an actor; it isn’t about the person from the media industry because it’s only related to the media. Women exist in all sectors today and thank god for that. Their safety and their integrity is very much everyone’s responsibility,” she added.

Actor Ranveer Singh shared, “Right now something has happened, it takes a lot of courage to speak about it. If it has happened, it’s wrong, and I condemn it emphatically.” Deepika agreed with Ranveer and shared her point too. She said, “For me, the #MeToo movement is not about gender. It’s about the victory of right over wrong. Anyone who faces any sort of discrimination or any sort of abuse, I think we as people must support that person. It’s not about a woman or a man or female versus male, let’s not get confused in that conversation.”

Actress Chitrangadha Singh also spoke in support of Tanushree. She shared, “I totally support Tanushree and kudos to her for standing up, taking names and saying exactly what happened with her. It takes a lot of guts to do what she’s doing and to be able to come forward after all these years. I’m pretty sure she knew what will happen when she speaks up - the trolling, the comments, the opposition. It’s such a brave step and I totally support her. Whatever her reason is to come out now and not come out then, doesn’t make a difference, what matters is that she’s telling her truth. And if she is, it should be heard, it doesn’t matter when you tell it. There are so many rapes or molestation victims who might not have been in a state of mind to talk about an incident when it happened and choose to speak up later. It doesn’t matter when you say it, but if it’s the truth, it has to be heard.”

The #MeToo movement took off in India after Tanushree Dutta accused Nana Patekar of sexual harassment on the sets of their 2008 movie, 'Horn OK Please'. It was followed by more account of women accusing director Vikas Bahl, Rajat Kapoor, Subhash Ghai and Sajid Khan and more. Several actors, including Aamir Khan, Akshay Kumar, Hrithik Roshan, have refused to work with those accused of sexual misconduct.