Bebo-Saif To PeeCee- Nick, 20 Biggest Celebrity Weddings Of The Decade

These 20 celebrity weddings were the most talked about in the last decade. 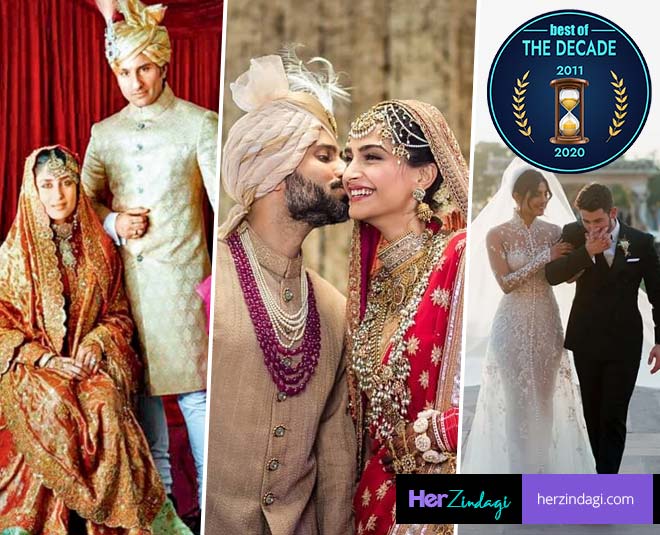 The last 10 years witnessed some of the biggest celebrity weddings. These weddings became the talk of the town back then and are still fresh on our minds. From Vidya Balan and Sidharth Roy Kapoor's intimate wedding to Isha Ambani and Anand Piramal's lavish wedding, we saw so many different kinds of celebrity wedding ceremonies. Let's quickly take you through the much talked about 20 weddings of the decade. 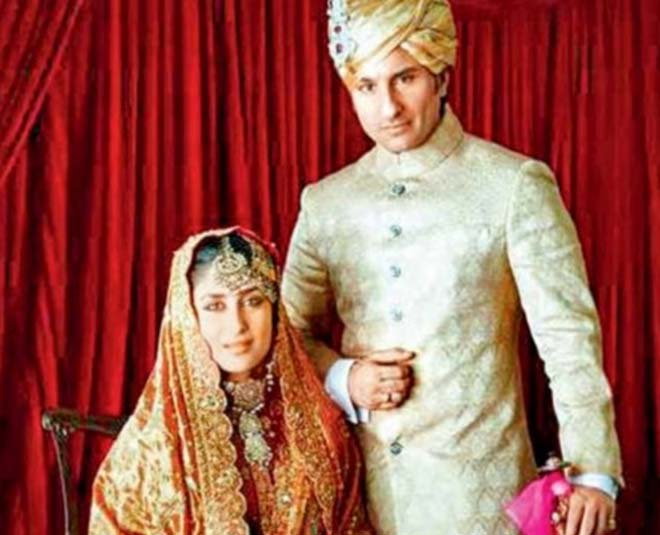 Bebo and Saif fell for each other while shooting for their movie Tashan. After dating for a while, they decided to tie the knot in 2012. Their royal wedding was a starry affair with popular Bollywood faces in attendance. The two are now expecting their second child. 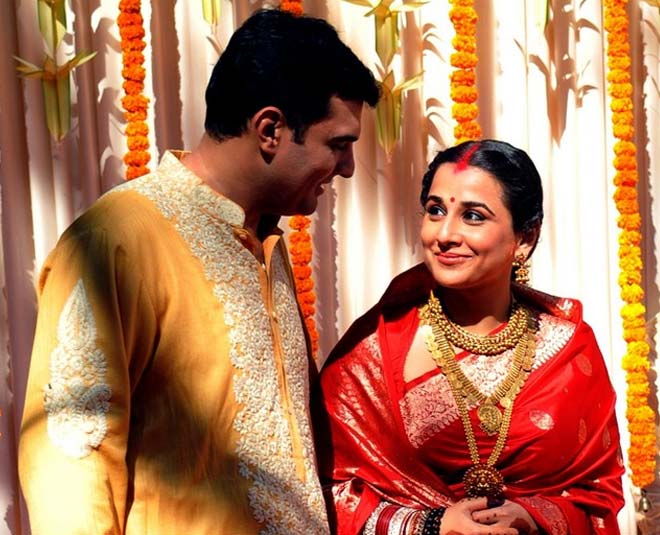 Filmmaker Karan Johar first arranged a meeting for Vidya and Sidharth. They became good friends and clicked instantly. A few years later, Sidharth proposed to Vidya and they decided to tie the knot. Vidya Balan and Sidharth Roy Kapoor got married as per South Indian and Punjabi wedding traditions in Mumbai. 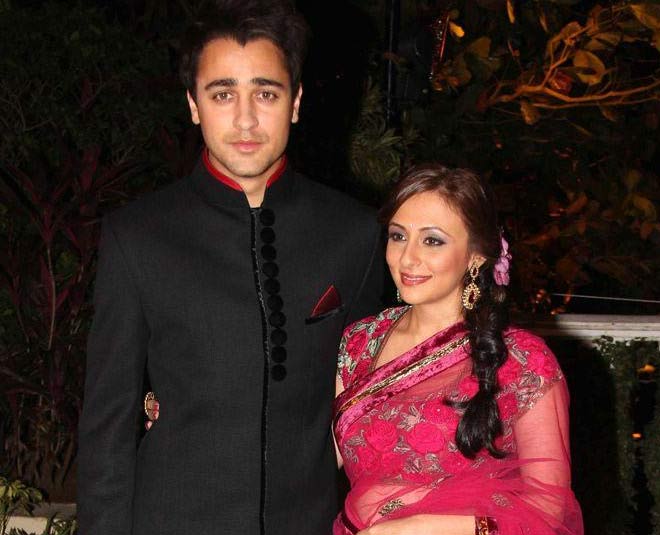 Imran and Avantika started dating at a very young age. The couple decided to get married in the year 2011. Post their registered marriage, they hosted a big wedding reception for their Bollywood friends. The two became parents to a little baby girl Imara Malik Khan in the year 2014. The couple is however now reportedly not residing together. 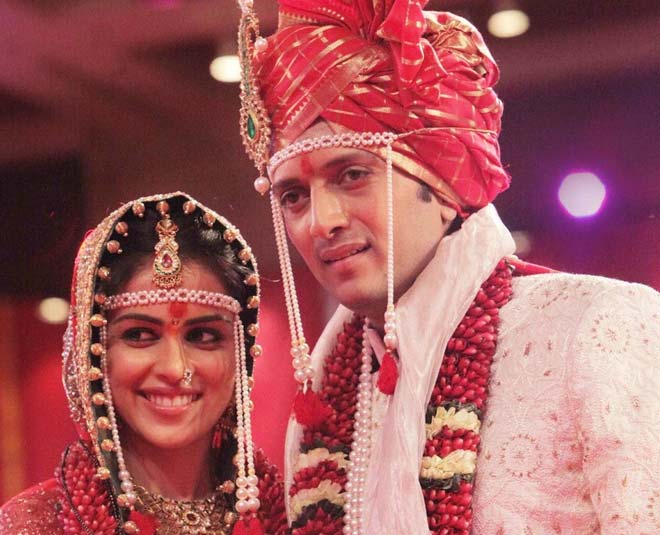 One of the most adorable couples of Bollywood, Genelia and Riteish got married in the year 2012. They fell in love while shooting for their first movie. The couple had a traditional Marathi wedding which was followed by a Christian wedding. The two are now parents to two sons - Riaan and Rahyl. 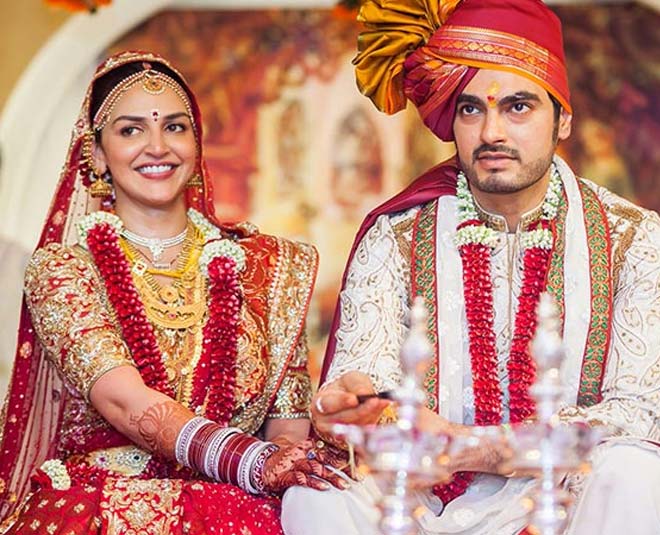 Many don't know that Isha and Bharat are childhood friends. Bharat Takhtani surprised her with a proposal years later in the presence of her whole family. The two got married in a lavish wedding ceremony in the year 2012. Esha Deol and Bharat Takhtani are parents to Radhya and Miraya Takhtani. 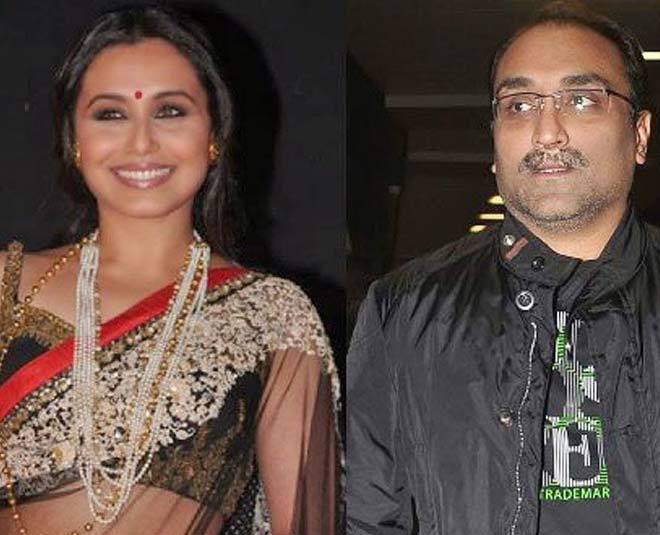 The couple always kept their relationship under wraps. Rani Mukerji and Aditya Chopra's wedding was an intimate ceremony in Italy. The two tied the knot with close friends and family in attendance in the year 2014. 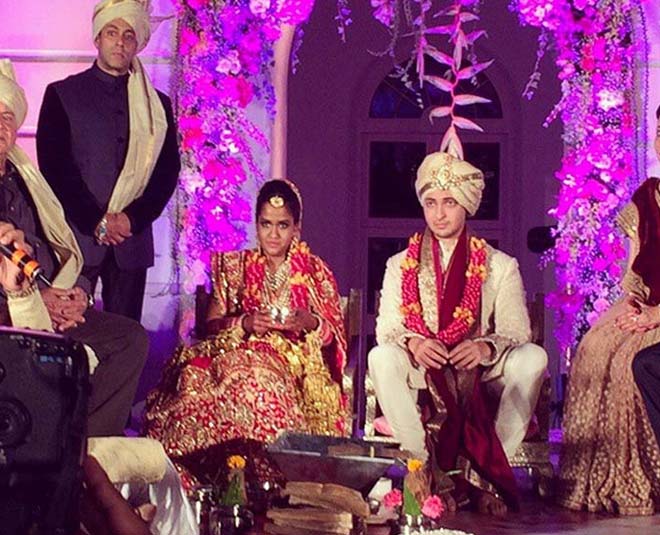 Salman Khan's younger sister Arpita Khan got married to long time boyfriend Aayush Sharma in the year 2014 at Taj Falaknuma Palace in Hyderabad. The two first met through common friends and started dating. Their wedding was a star-studded event. Aayush and Arpita are now parents to Ahil and Ayat Sharma. 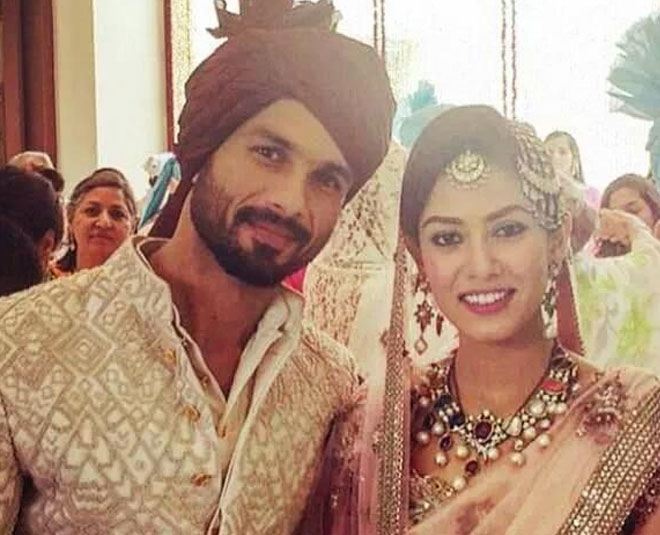 Shahid Kapoor met Mira Rajput in an arranged marriage setup. They instantly clicked and got married in July 2015. The couple had an intimate wedding in Delhi. The two are now parents to Misha and Zain Kapoor. 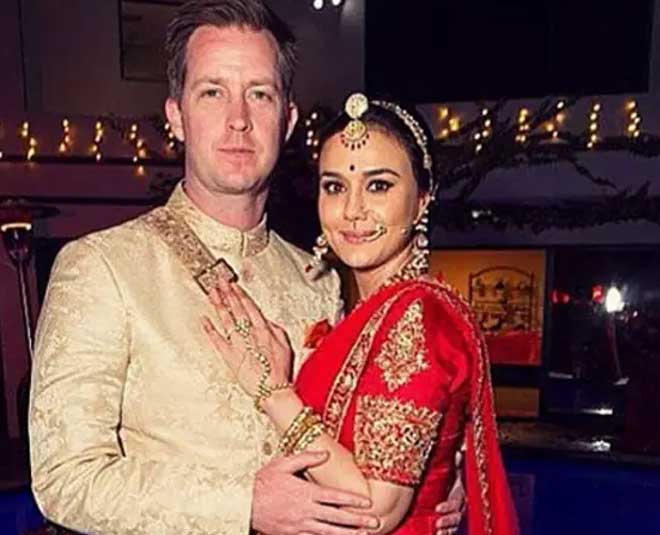 Priety and Gene dated for 5 years and finally got married in February 2016. They tied the knot in a Hindu wedding ceremony in Los Angeles. The couple later hosted a grand wedding reception in Mumbai. Priety Zinta introduced her husband Gene Goodenough to her Bollywood friends at the party. 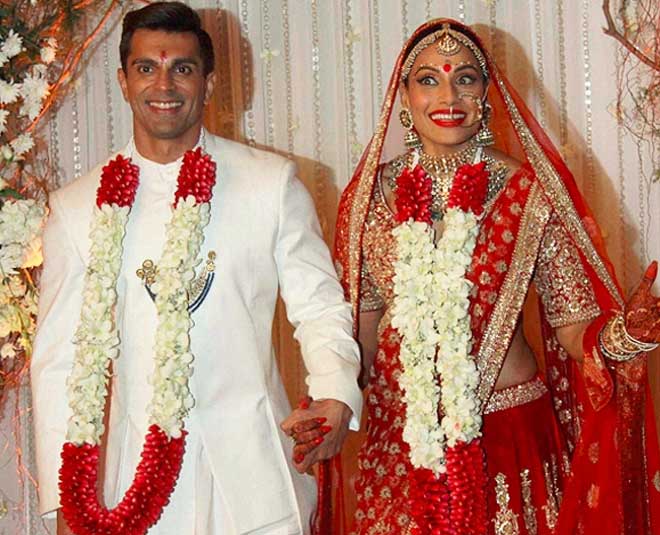 They first met on the sets of their movie Alone and instantly fell for each other. Within a year, they decided to tie the knot. The two got married in 2016 according to Bengali wedding rituals. The two hosted a wedding reception which was attended by the who's who of television and the Bollywood world. 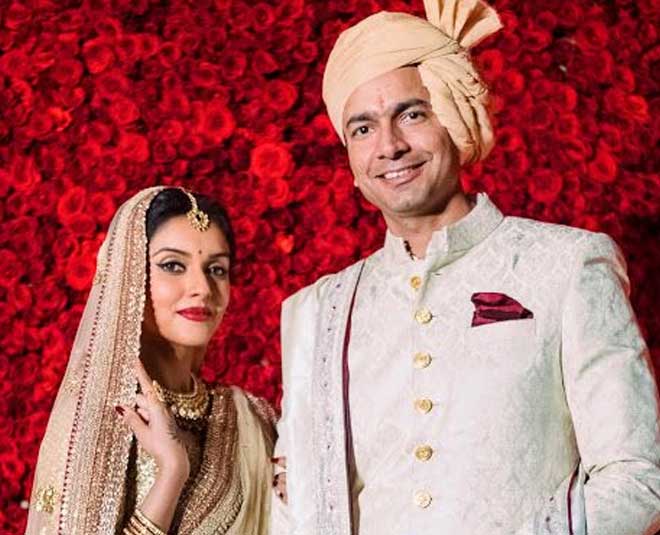 Asin and Rahul were seeing each other for a long time but kept their relationship under wraps. The two finally got married in the year 2016. The couple first had a Christian wedding ceremony which was followed by a traditional North Indian wedding. 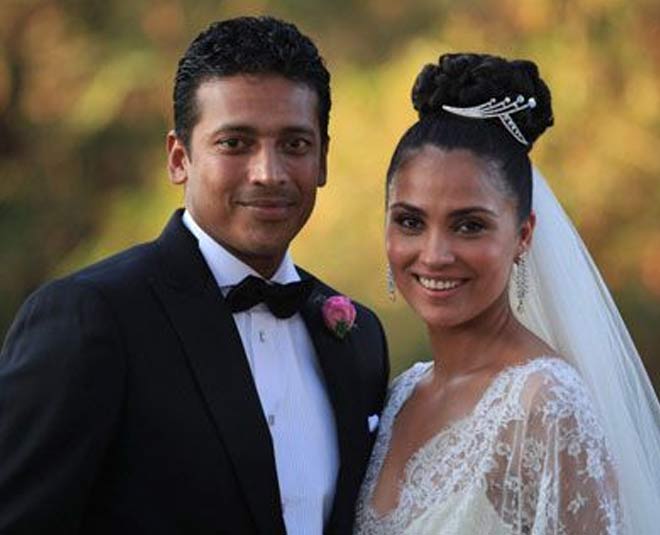 Actress Lara Dutta got married to tennis star Mahesh Bhupathi in the year 2011. The two had a civil ceremony which was followed by a Christian wedding in Goa. The two are parents to their daughter Saira Bhupathi. 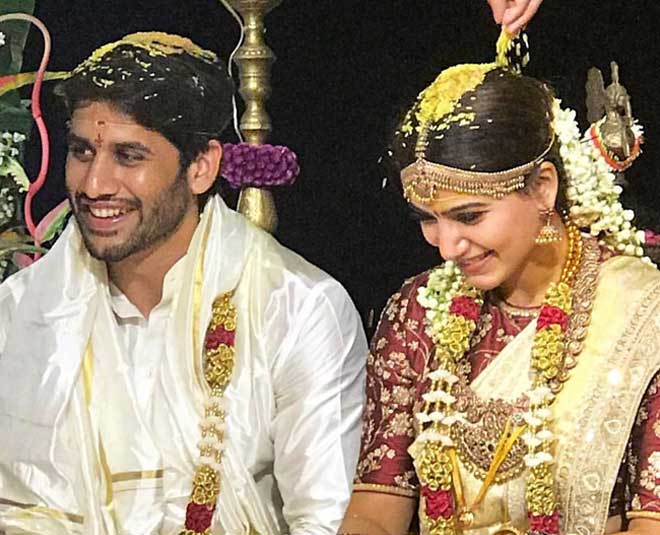 Samantha and Naga first met on the sets of the movie, Ye Maaya Chesave. The two dated for a long time before they got married in the year 2017. They first got married in a traditional Hindu ceremony and it was followed by a Christian wedding in Goa. 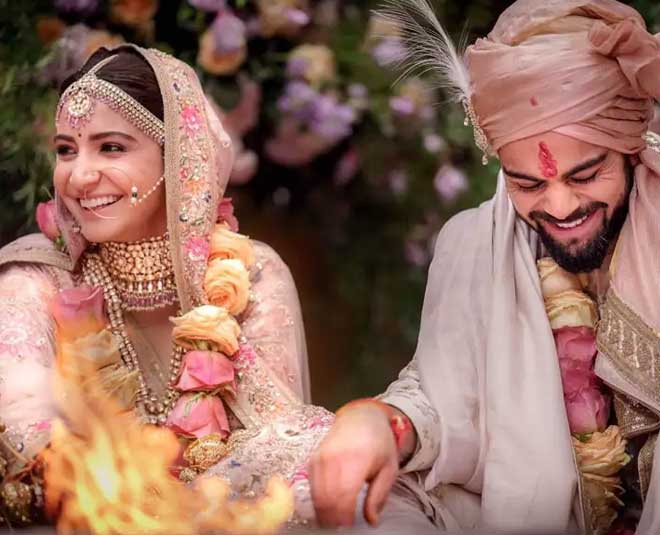 Anushka and Virat met while shooting for a TVC. They instantly clicked and dated for a couple of years before the two decided to get married in 2017. Their intimate wedding ceremony in Italy became the talk of the town. The two are now expecting their first baby in January. 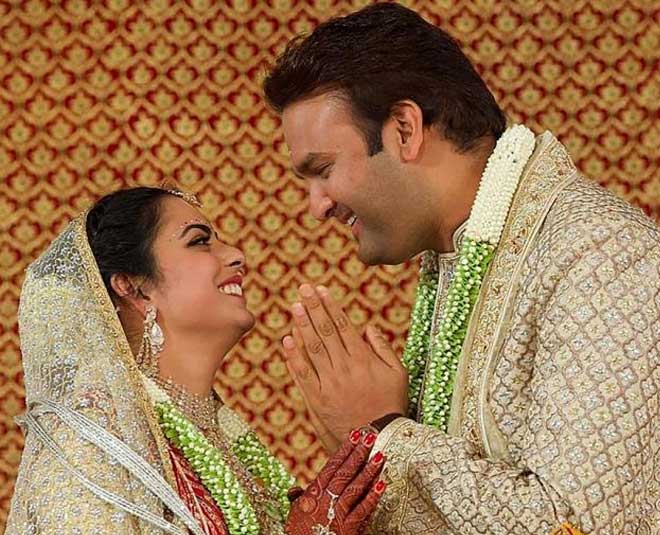 Isha and Anand's wedding was one of the biggest weddings in 2018. The Ambanis hosted a lavish wedding ceremony in Mumbai. The family hosted a couple of pre-wedding rituals in Udaipur. Later, a reception was hosted in Mumbai which was attended by who's who from the business, Bollywood, and cricket world. 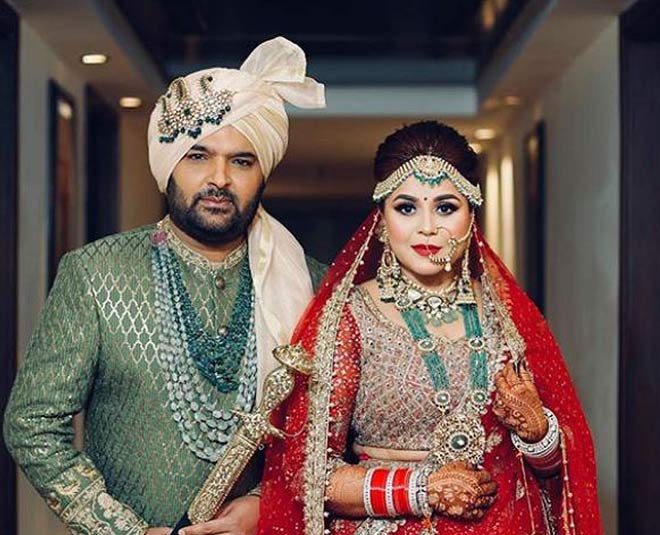 Ace comedian Kapil Sharma got married to long time girlfriend Ginni Chatrath in a traditional Punjabi ceremony in Jalandhar. The two became parents to their daughter Anayra Sharma last year. Reportedly, the two are expecting their second child in January next year. 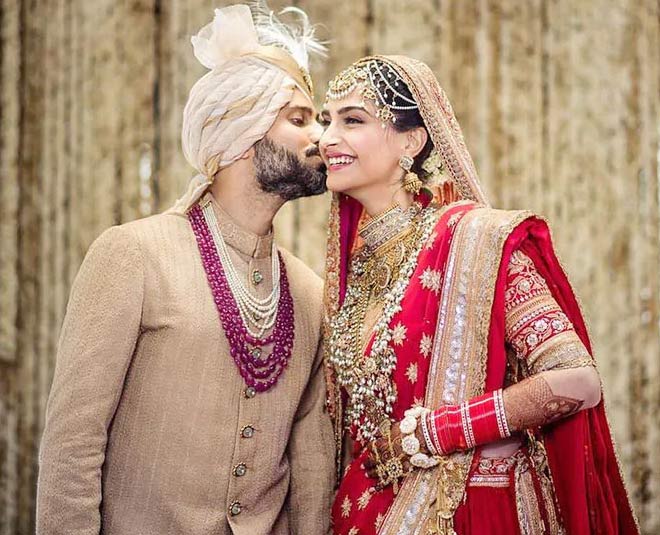 Bollywood's fashionista Sonam Kapoor tied the knot with Delhi-based businessman Anant Ahuja in the year 2018. The two hosted a series of pre-wedding events in Mumbai. The couple also hosted a grand reception for their Bollywood friends. 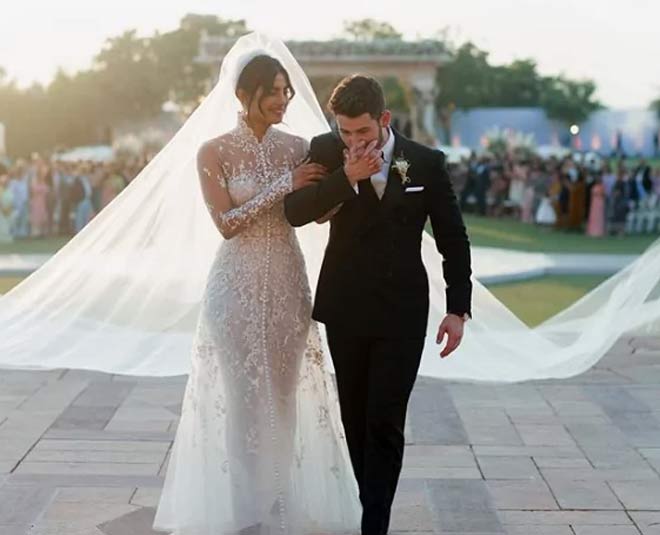 Our Desi girl decided to tie the knot with American singer and songwriter, Nick Jonas about a year after dating him. The two hosted a lavish wedding ceremony in Jodhpur in the year 2018. They first had a Christian wedding ceremony which was followed by the traditional Hindu wedding. The couple later also hosted a wedding reception for their friends and family in Mumbai. 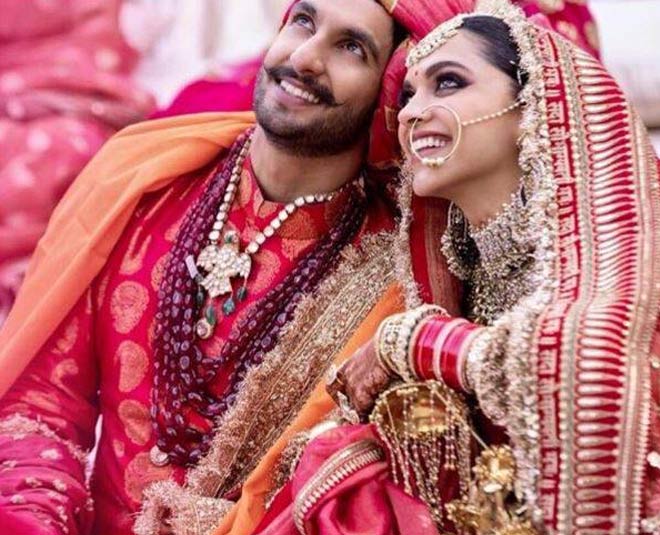 Deepika Padukone and Ranveer Singh's wedding at Lake Como became the talk of the town back in 2018. The couple who fell in love while shooting for their movie Goliyon Ki Raas Leela: Raam Leela, decided to get married 6 years after dating. 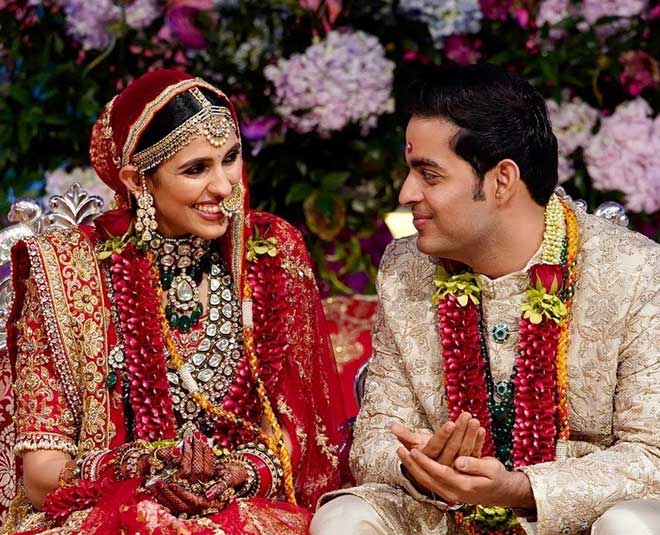 After Isha and Anand's wedding, the Ambanis hosted another big wedding next year. Akash Ambani tied the knot to his childhood friend Shloka Mehta in March 2019. Their star studded wedding last year was much talked about.