Tinsel town's favourite Aishwarya Rai Bachchan, who is a style inspiration for many, recently posed for designer Falguni and Shane Peacock. 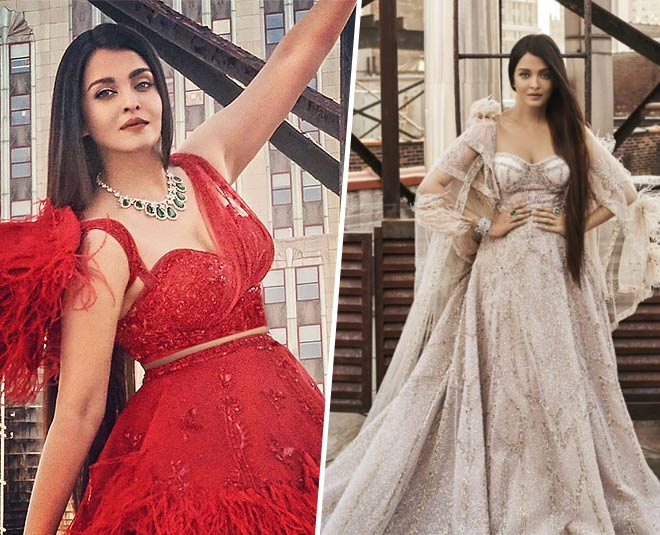 Bollywood iconic actress and timeless beauty, Aishwarya Rai Bachchan surely knows how to turn heads and make fans skip a heartbeat. After impressing fashion enthusiasts with her sizzling looks at the red carpet of Cannes Film Festival 2019, Aishwarya stunned us again with her latest photoshoot for the new magazine edition of Falguni and Shane Peacock.

Famous designers Falguni and Shane Peacock are introducing the first print of their magazine, ‘The Peacock and the Issue’, and its September 2019 issue will feature Aishwarya on its cover page.

A post shared by Falguni Shane Peacock India (@falgunishanepeacockindia) onAug 29, 2019 at 5:01am PDT

The former Miss World wore a gorgeous embellished bright red dress with feathered details as she poses for the cameras on the streets of NYC. She complimented the look with open tresses and opted for a sheeny makeup to elevate her look. 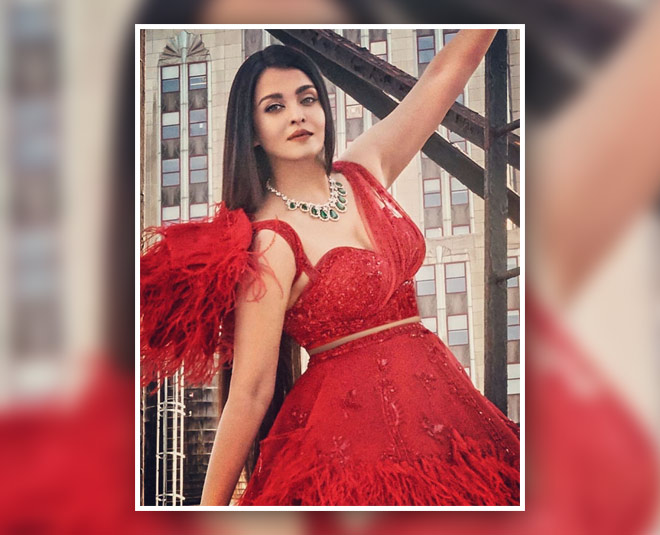 In one of the shots, Aiswarya decked up in a beige lehenga and paired it with a matching choli with elongated sleeves. Keeping the look graceful, she teamed this look with a diamond necklace and oodles of highlighter.

On the work front, Aishwarya Rai Bachchan was last seen in the Bollywood movie Fanney Khan along with Anil Kapoor, Rajkummar Rao, Divya Dutta, and Pihu Sand. It was produced by Bhushan Kumar and directed by Atul Manjrekar. She will next be seen in Mani Ratnam’s next film which is a remake of south Indian movie Ponniyin Selvan. Speaking about the film, Aishwarya told a media house, “The word is out so I'm committing to that fact. And I don't have to agree. I'll always be more than thrilled, excited, overwhelmed, humbled, and just happy to work with my guru. So, ya that's happening. Back to school