Veteran actor Zeenat Aman faced hardship like no one else, both emotionally and physically, as she was abused by her ex-husband Sanjay Khan.

Veteran star Zeenat Aman is considered one of the most gorgeous actors Bollywood has ever seen. Her beauty, her chic style made her every man’s dream girl. She, who could have had any man of her choice, unfortunately, made a wrong decision, when it came to her life partner. Unlike her career, her personal life became a mess after her first marriage.

She tied the knot with actor Sanjay Khan at Jaisalmer in 1978 and got separated in 1979. Many warned Zeenat when she was to get married to Sanjay. But, according to Cine Blitz magazine, she defended him saying "I love this man. Don't you understand? I will back his every move and I will make him a king one day." 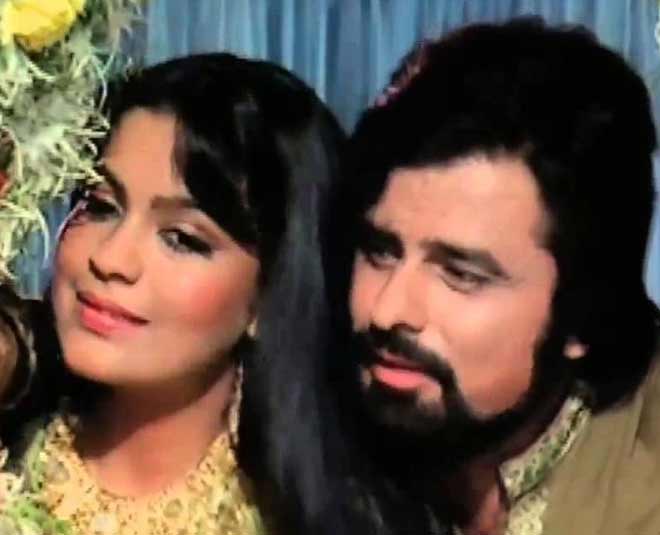 They fell in love with each other while they were shooting for their film, Abdullah. However, Sanjay Khan was also married to another woman, model Zarine Katrak at this point.

But, things between Sanjay and Zeenat became ugly in 1980, according to an article by The Quint, the actor was reported thrashing Zeenat Aman black and blue at a five-star hotel in Mumbai. This didn’t happen in a close chamber, instead, as per the Cine Blitz magazine and few other media reports, there were several onlookers present, who didn’t lift even a single finger to help the ace actress. 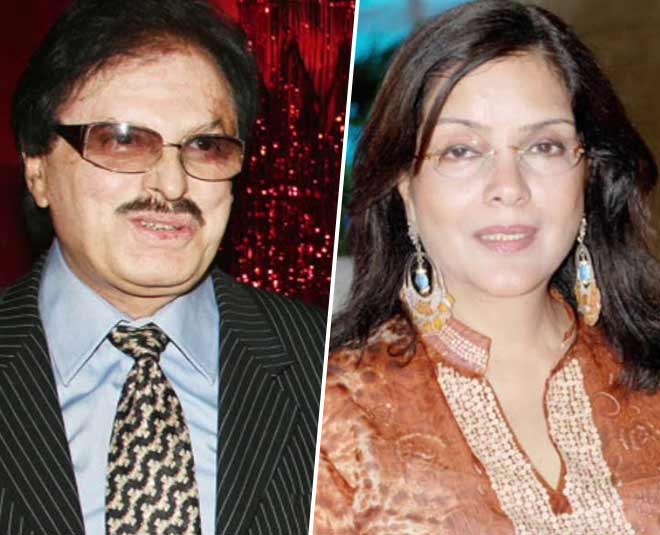 Sanjay Khan summoned the actress in Mumbai, while she was shooting in Lonavala for some other project. He was furious and demanded Zeenat to leave everything at once and reshoot a portion of a song from their flick, Abdullah. But, Zeenat refused to do so, as she was busy with other work commitments. In response, Sanjay Khan accused her of being sexually involved with the makers of the film. Naturally, Zeenat felt disrespected and she was exasperated from Sanjay’s accusations against her. In order to clear the air and talk to her ex-husband, she immediately left for Sanjay’s house. As he was partying at the Taj hotel, she decided to meet there. Zarine, Sanjay's first wife was also present at the party. While Zeenat intended to just discuss her dates with the actor, their conversation scaled up turning the atmosphere of the party cold. 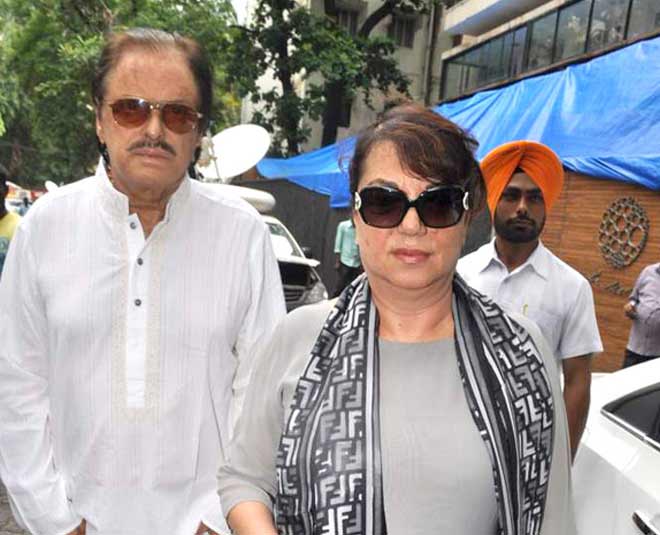 Zeenat was still not willing to make a scene, but she was unaware of what was coming next for her. Sanjay took the actress to an adjoining room, and as per a report by The Quint, he beat her up. Cine Blitz and a few media publications also claimed that every time the actress fell, Sanjay lifted her up by her hair and continued hitting her. Unfortunately, this was not it. At this point, Sussanne Khan's mother and Sanjay’s current wife, Zarine Katrak entered the chamber and began cheering her husband on.

The news first came out when Cine Blitz, printed an article about the same. Here are some pictures from the magazine that describe the incident. 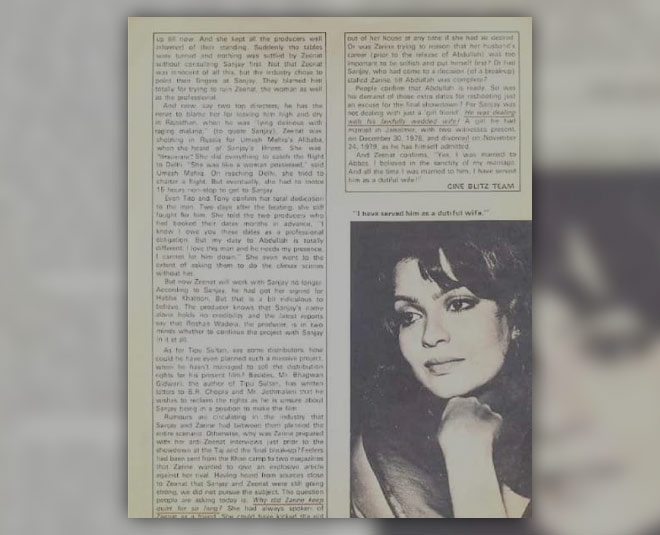 While Zeenat was being beaten up the guests of the party stood like statues, it was a worker of the hotel, who rescued Zeenat. After all this, she was in the hospital for weeks. Due to the accident, her jaw was broken, which was set right surgically. But, her beautiful eyes were never the same. 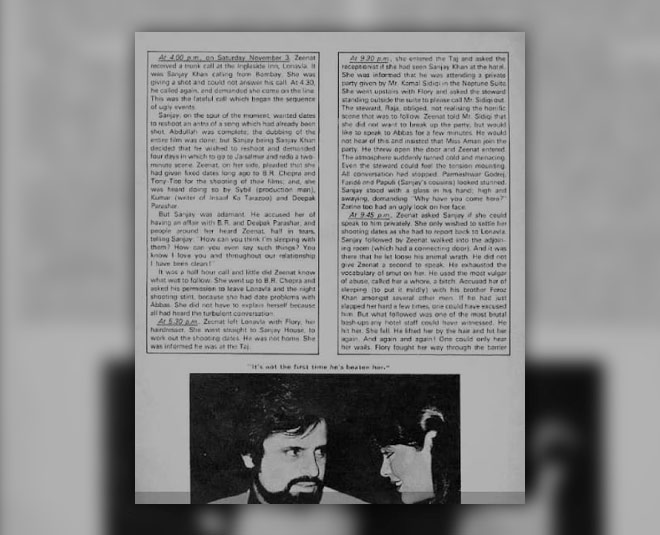 Her right eye was irreparably damaged. The worst part is, it wasn’t the first time that Sanjay had beaten his ex-wife. Zeenat's doctor revealed to Cine Blitz, "Once before she was given a black eye and kicked in the ribs so hard that I insisted on an X-Ray for fear of a crack." 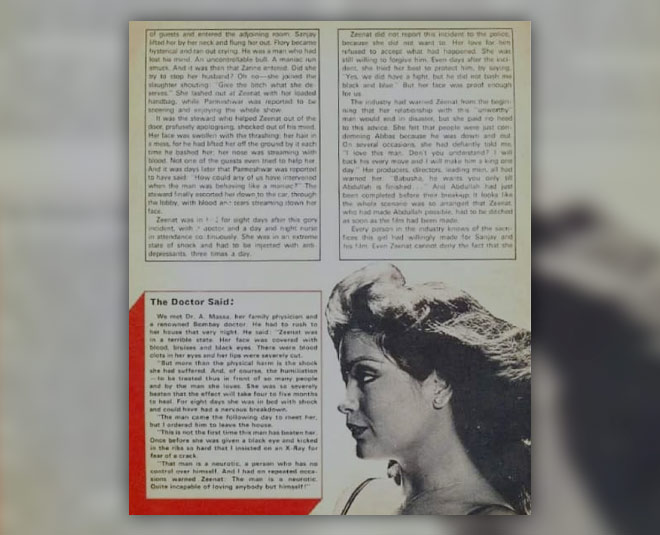 During or after her recovery, Zeenat Aman didn’t report Sanjay Khan to the police, because it is believed that she was still in love with him.

Do let us know your thoughts about the same by commenting on our Facebook page. Stay tuned to HerZindagi to read more such stories.