Women's Day 2020: Give The Women You Love The Gift Of Safety, Check Out This List Given By An Expert

Here are some truly useful and must, gifting ideas for the women in your life. Vishal Saurav, CEO & Founder of Xboom Utilities Pvt. Ltd, says that in today's world when we shout about the safety of women, celebrating Women's Day becomes a mere joke. While she has to face numerous challenges every day, be it as small as hair fall or molestation at the workplace, gifting her a bouquet of her favourite flowers or a box of flavored chocolates will bring her a temporary smile when she receives it but won't help her through the war she fights constantly. Make her Feel Special, Make her Feel Safe!

According to a survey by the Thomson Reuters Foundation, India is the most dangerous place for women as far as their safety is concerned. Isn’t that shameful? However, no matter how disgusted we feel from inside, we cannot change this situation overnight. As much as we talk about how women are equal to men and how they have evolved in every sphere of life and work, the fact remains that women do not feel safe in this country anymore.

There’s been news of rape and murder, molestation and acid attacks almost every single day and when a girl steps out from her house in any wee hour, there’s always this thought of fear inside her head. Not only her but even her loved ones remain worried about her whereabouts. This is sad! This is enraging for the women. And being a special someone, it becomes a duty of every man to ensure her safety and make her feel safe even when she is out there somewhere, alone.

There have been several rape cases and sexual attack cases, some high profile ones too, that moved the country in the recent past. People went out on the streets protesting against them by carrying out processions, candle marches and what not! But are things really changing? Some of us applauded those policemen who shot dead all the four rapists in the recent Hyderabad veterinary doctor’s rape and burn case. However, many of us questioned the law and order system of the country. So, even though we all stand strongly against such violence against women in the country, we have varied opinions about it. Also, even though you would love to be there by her side all the time, the fact is you cannot be with her every time when she is out in order to protect her from the monsters. But being a responsible man, it should be your duty to protect the women in your life, be it your mother, sister, girlfriend, wife or daughter, even when you are not around. And these 7 gift options will surely make her feel special and safe this Women’s Day. Let’s have a look at what they are: 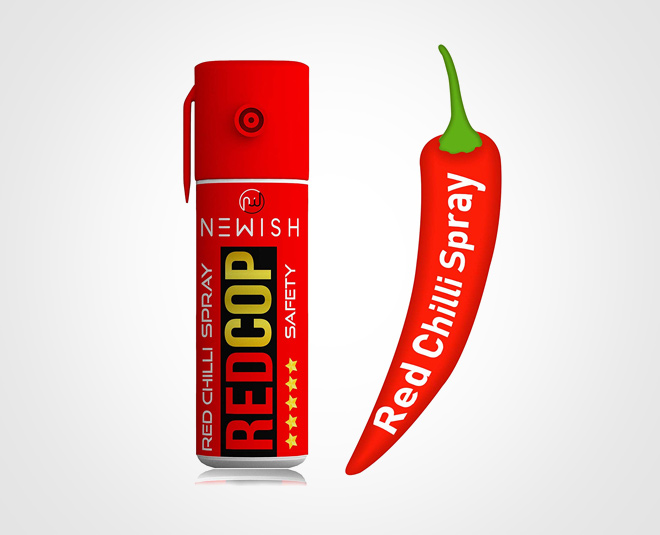 These are probably the most basic self-defense weapons that a lady should have in her purse while going out of the house. It is also known as the capsaicin spray in some countries which has a kind of lachrymatory agent that irritates the eyes and causes immediate burning sensation as well as temporary blindness. It has to be sprayed to the face and eyes of the attacker and the effect will last for around 30-45 minutes. Buy Newish Self Defense Powerful Red Chilli Spray for Women (55 ml) for Rs 174, here.

This is commonly used abroad by the police forces and can be a good gift option for the women you admire which will keep them safe in the outer world. This generates non-lethal but high voltage electric shocks and can make the attacker immobile in seconds. The best part is, these stun guns come with flashlights so it has dual usage. And also, no one will actually know what’s really hiding behind that flashlight! 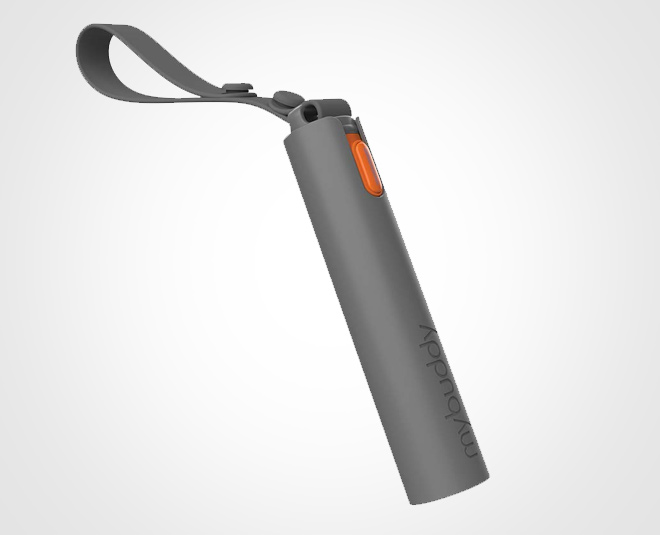 Panic alarms or SOS alarms are quite common these days for women’s safety. The SOS devices send out loud sirens that help raise panic alarms. These help by surprising the attacker and he might run away thinking that somebody might approach hearing the siren. Buy Optisafe (Women Self Defence) MyBuddy Distress Companion (SOS Tracker) for Rs 1800, here

Now, this isn’t just a pen but mightier than that! It functions fully as an ink pen and is actually a very effective and painful weapon against the attacker. These are designed in a way that makes them work like a Kubotan, which is a kind of self-defense tool. The best part is, a woman can carry it in any place as a pen is allowed almost everywhere! This secret weapon not only acts as a great pen to write but is also a very tactical weapon to keep off the assailants.

Don't Miss: Women Safety Guide: How To Stay Safe In India At Night

GPS tracker is a very common term these days and considering the current situations in India, GPS trackers come these days in a very innovative shape with such cutting edge technologies that no one will get to know if someone is carrying a GPS tracker with them. Attackers are also very aware that people make use of mobile phones when in danger and thus they snatch mobile phones at the very first instant. In such cases, if your loved ones have a GPS tracker as a wristwatch or as a locket then at the time of emergency they can instantly use that GPS tracker to inform her closed ones. There are GPS trackers that are extremely accurate in giving the pin-point location and have an in- build SOS calling facility, with which she can get help instantly and the compact size and the appearance won’t give the attackers hint of what it actually is. 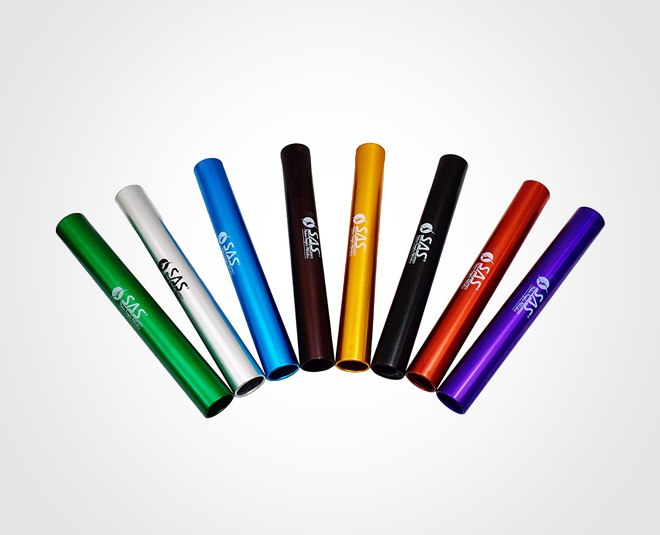 This one can be an all-in-all combo gift pack for the women in your life, which will consist of the best of self-defense weapons in one single hamper. These hampers usually have pepper sprays, stun guns, batons, personal GPS trackers and similar products in one single package. Basically, gifting this kit will ensure that your woman is safe and secured wherever she is as she can carry a weapon of her choice every time while leaving the house. Also, the GPS tracker will give you an idea about her whereabouts so that you can reach her if she feels unsafe anytime. Buy SAS SPORTS Aluminum Relay Batons for Athletics Practice Round Shape with Good Hand Grip (38 mm Diameter) Set of 8 for Rs 669, here.

Finally, you can enroll her into a martial art (karate/kung fu/muaythai/boxing and more) training class to ensure that by the end of the course, she is trained enough to fight with an attacker without panicking about her safety at first. Learning martial arts/ karate is actually time-consuming to learn but they are worth it and very helpful when in trouble.

With various ways to demean and attack women in the country already available to the attackers, these gifts might just come handy to the women you love in making sure that she has something with her to fight back against the brutal monsters, and she is not really helpless. As much as it is imperative for every man to provide her with a safe and secure environment all around, it is also their duty to ensure that she is well-equipped mentally as well as physically to fight against all odds against them. Don’t you think?