In a recent interview, Vivek Agnihotri said that he is determined to bring out the whole truth through The Kashmir Files: Unreported.

Vivek Agnihotri in an interview with AajTak announced that he would come up with The Kashmir Files: Unreported this year. This is in response to IFFI’s jury head, Israeli filmmaker Nadav Lapid criticised Agnihotri’s The Kashmir Files, calling the movie  ‘propaganda’ and a ‘vulgar film’ at the International Film Festival of India, 2022 in Goa,.

Agnihotri said that he is more determined now and is making the announcement through the channel. “We have many stories, anecdotes from which we could have made 10 films instead of one, but I wanted to make only one film then. But now, I have decided that I will bring out the whole truth through The Kashmir Files: Unreported.”

However, Agnihotri did not reveal the full details, which he plans on disclosing later.

He also said that this subject is beyond art and is more about the reputation of this country. “It is my moral responsibility that whatever proof I have with me, I bring them out and present it in front of people.”

When asked about the allegations that he used the film for commercial purposes and bought many luxury items from the profits of the movie, he replied by saying that his personal life is the same. “Whatever I have earned, I am using it to make my next movie, The Vaccine War.”

Presenting ‘THE VACCINE WAR’ - an incredible true story of a war that you didn’t know India fought. And won with its science, courage & great Indian values.

Agnihotri recently announced that his next film The Vaccine War will release on August 15, 2023, and will unravel how India won the war against COVID-19 with its expertise in science. 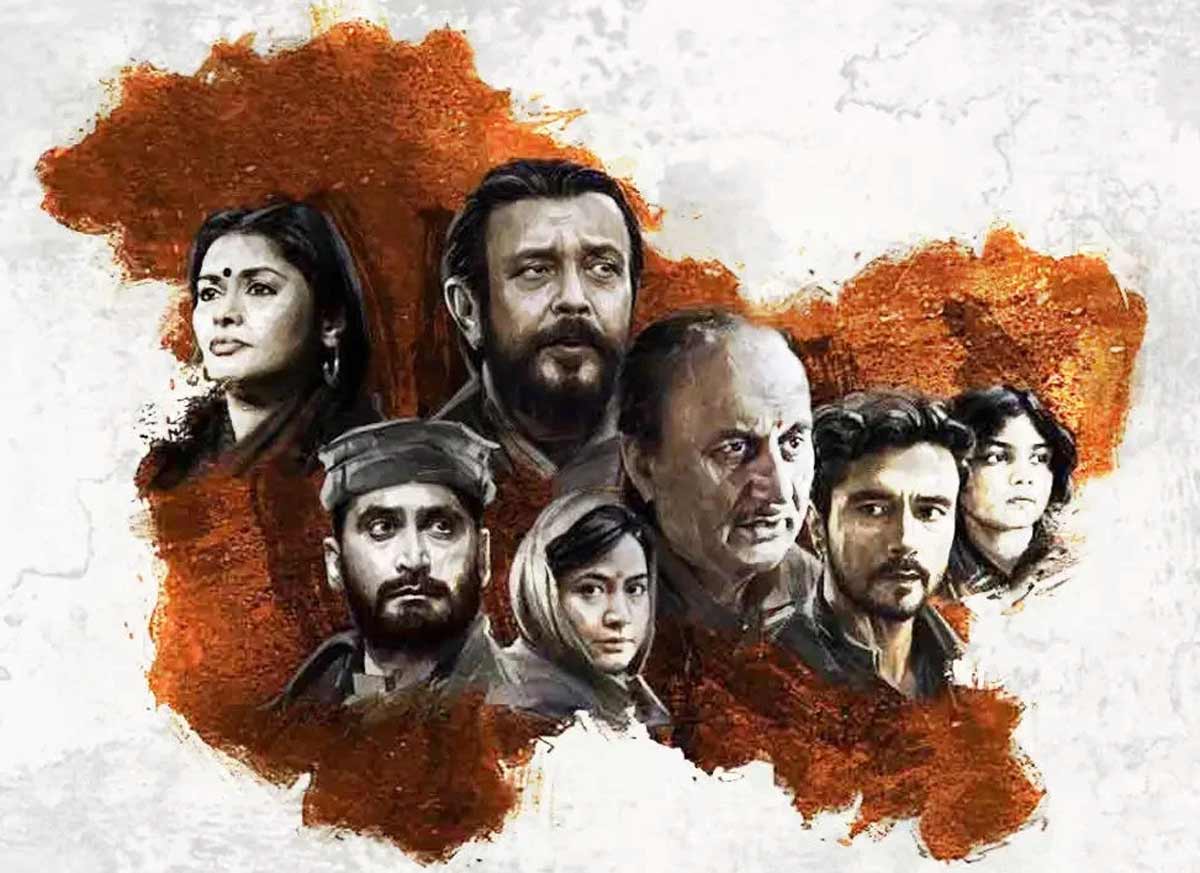 The director said that people do not realise the kind of money and research that goes behind a movie. “It took us four years to research and make Tashkent Files, Buddha in a Traffic Jam, The Kashmir Files…we make one film in three to four years..the stories that people are afraid of telling and by god’s grace, I will keep making movies on such stories.”

Talking about Nadav Lapid’s remark on his movie, Agnihotri boldly claimed that if any intelligent person or great filmmaker can prove that any shot or dialogue in the film is not true, then he will stop making films. “Till the time no one proves me wrong, I am here to tell stories and make films.”

Actors Anupam Kher and Pallavi Joshi, who played pivotal roles in the film, have also called out Lapid for his comments.

However, Lapid came forward and explained his comments by saying that in countries that are increasingly losing the ability to speak their mind or speak the truth, someone needs to speak up. “When I saw this movie (The Kashmir Files), I could not help but imagine its Israeli equivalent, which does not exist but definitely could. So, I felt I had to because I come from a place that is itself not reformed and is itself on the way to these.”

The Kashmir Files is supposed to be based on the lives of Kashmiri Pandits in 1990 during the Kashmir insurgency. The film claims to be a true story based on video interviews of the first generation victims of the tragedy. This is neither Agnihotri’s first film to receive nor is Lapid the first person to levy accusations of propaganda towards it. The film was in the line-up for IFFI’s Indian Panorama segment for the year 2022, among other films like Jai Bhim, Major, Ariyippu, and RRR.

In an article for The Hindu, Anuj Kumar wrote, 'the Kashmiri Pandits’ pain is real and should be expressed in popular culture, but it deserved a more nuanced, more objective take rather than the ‘us vs them’ worldview that Agnihotri has propagated over 170 minutes.” Meanwhile for The Quint, noted politician Shashi Tharoor published his views on the recent controversy and agrees that the crude message of the film serves the ruling party’s agenda of communal polarisation in our divided polity.