A happy married life, two beautiful children and then an ugly divorce. Know what made Hrithik and Sussanne end their 13-year-long marriage.

Hrithik Roshan and Sussanne Khan were one of those Bollywood couples that everyone admired. Their happy married life was going well, when all of a sudden the duo announced their separation. The news came as a bolt from the blue, as no one expected the ‘much-in-love’ couple to part ways. Read on to know what led to their tiff. Hrithik Roshan and Sussanne Khan got married to each other in the year 2000. They were together for 13 years, when in 2013 they announced their divorce. While none of them confirmed the real reason, it was in 2016 when Sussanne shared the reason behind their split.

Don't Miss: Alia Bhatt And Ranbir Kapoor Are Postponing Their Wedding To 2021, Here Is Why Several media reports also speculated infidelity as the reason behind their divorce. Hrithik rubbished all such rumours and said in an interview "Absolutely not. Sussanne has been very very vocal about this. She has been very vocal. And I feel like laughing at people. When people get divorced, it is not always because of infidelity by the man. That is just such a small-minded assumption."

The actor further added, "I am just trying to say that there are many reasons why people would like to live separate lives. Infidelity is just one of them. So the general assumption was, 'Ah he is the superstar, he must have done something wrong. She must have caught him.' That is not the case. We are great friends. It is between us. The reason that we decided to live separately may have been an inspiring reason, how do you know?"

Friends Even After Divorce 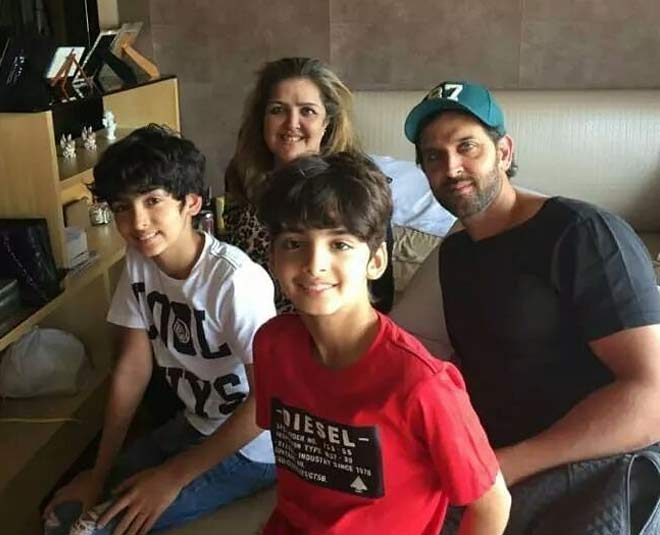 Even though the duo has parted ways, none of them hold grudges against one another. According to Sussanne Khan, they are “very committed” to their sons Hrehaan and Hridhaan, and would always put their interests first.

“We are close (friends). We do chat a lot even though we don’t hang out together anymore. But above all, we are very committed to our children. We are respectful towards each other. When children are involved, it’s important to put our differences aside and protect them,” she had said once in an interview.

Together In The Lockdown

The two are currently living together, after Sussanne moved to Hrithik’s house during the lockdown. The duo decided to stay together for a while, so that their children could spend time with both of them. Hrithik took to Twitter and posted a heartfelt note for his ex-wife, which said- “Here is Sussanne , my closest friend ( also my ex wife) capturing a moment with me and our boys. A moment in itself. It tells a story to our kids. That in a world separated by lines and ideas , it is still possible to be united. And that you can want different things as people and yet stay undivided. Here’s to a more united, tolerant, brave, open and loving world. It all starts at home.”

Hrithik and Sussanne are often spotted, taking their kids out on family dinners and holidays together. We wish them good luck for all their future endeavours.