India Has More Women Pilots Than the UK & US, Here's Why

Read the reasons behind India featuring almost twice the number of female pilots compared to the US & UK.

Looking at the gender parity scale, it is a no-brainer that India needs so much improvement in several sectors. However, despite ranking at 135th positions out of 146 in the whole world, the country still has the largest number of female pilots, even greater than the US and UK.

According to the International Society of Women Airline Pilots, 12.4% of all pilots in India are women. The number of the US and UK stands at 5.5% and 4.7% respectively.

In 1989, Nivedetia Bhasin was the youngest female pilot, and today, we have several women flying not only planes but combat aircraft as well. However, the question remains that despite ranking so much below the gender parity index, why our country still has the highest number of female pilots?

In India, many airlines have a policy of maintaining diversity when it comes to hiring for the workforce. Many even try to retain female talent. For example, IndiGo offers a flexible work environment to women crew members and pilots. It offers them paid 26 weeks of maternity leave and allows them to be excluded from flying schedules.

On the other hand, Vistara offers its female crew to opt for administrative jobs on the ground. It reimburses for creche fees and provides six months of paid maternity leave.

According to Women in Combat Arms: A Study of the Global War on Terror, women pilots account for a lesser number of accidents compared to their male counterparts.

This data belongs to the US, however, an important factor is that the Indian aviation industry is employing more women to make air travel safer than before. 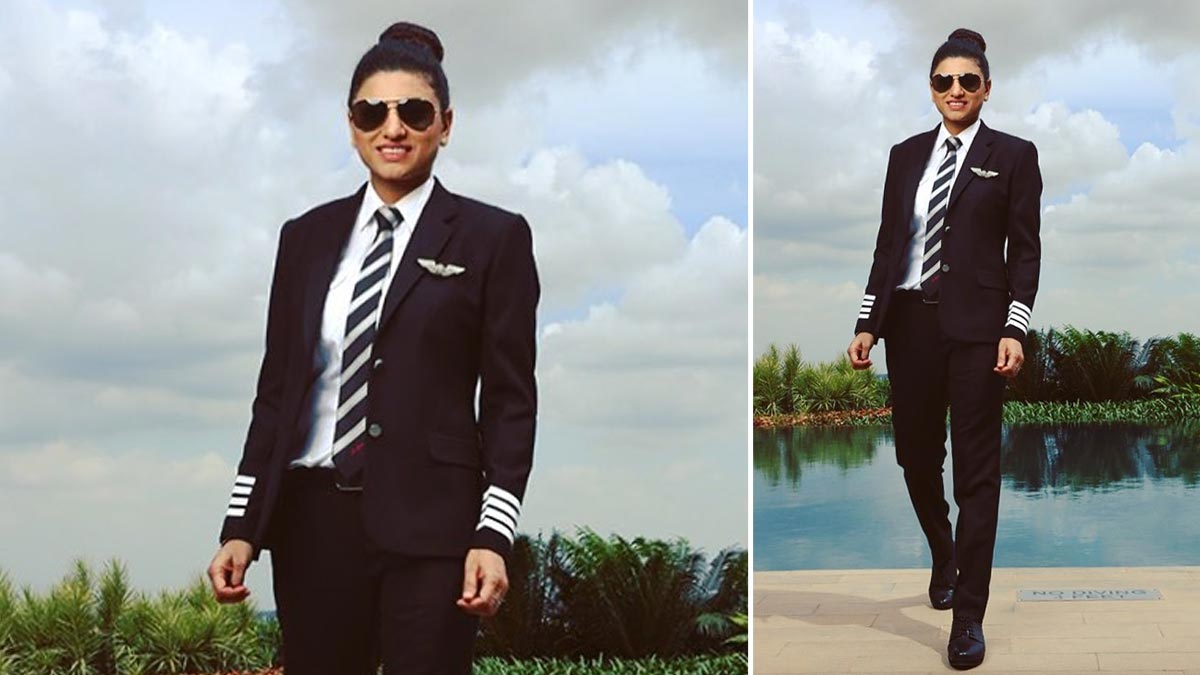 In a Mint report, Kunjal Bhatt, chief flight instructor at Indira Gandhi Rashtriya Uran Akademi observed that women trainees often show greater dedication because for them the stakes are higher. They are fighting gender norms and cannot afford to make even the slightest mistakes.

Another major reason behind India’s success story in employing more women in the aviation sector is outreach programs. Harpreet A De Singh, the first woman to head an Indian Airline in 2020, and other women like her conduct outreach programs.

These programs include awareness regarding job opportunities in the industry, not only as a pilot but also as a technician and air traffic controller.

She believes that such programs have contributed to women choosing a profession in the aviation industry where they did not know that so many job vacancies existed.

A post shared by Harpreet A De Singh (@harpreetades)

An Indian Express report suggested women in India have family support. The familial structure here makes it easier for them to raise kids and manage a household. Since the job demands long working hours, pilots have found that support from extended families makes it easy for them to just take off.

Zoya Agarwal, the first pilot who flew Air India’s very first non-stop flight between San Francisco and Bengaluru with an all-women crew, said that women like her could take off to any destination and not worry about how the home and people in it would function without her.