Bachchans To Ambanis To Khans: Check Out Rare Childhood Pictures Of Celebrities

To make your day extra special, we bring you childhood pictures of your fav Bollywood celebs! Check them out here.

Our childhood will always be the most memorable time of our life. We have all been very naughty and had some of the most embarrassing pictures from our teenage days. So, to make your day extra special, we bring you some of the most adorable (and embarrassing) pictures of Bollywood celebrities. What's more? We will also reveal their mischevious habits! 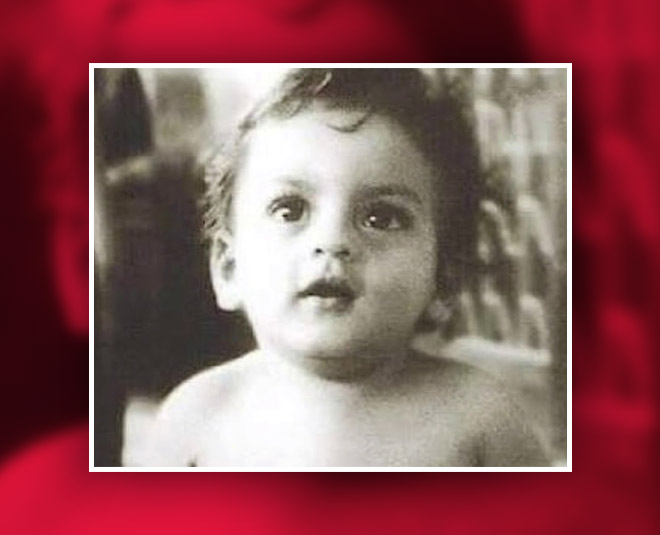 Shah Ruh Khan was a very mischievous kid. He was very fond of comics and in fact, in an interview, the actor himself revealed that he used to borrow money from his friends and family to buy comics. “I don’t know whether kids do it today, but please don’t ban me from saying this. When we used to live in flats, two bad things that I used to do was firstly ring the other person’s bell and run away.”

“The second thing we used to do was explode people’s letter-boxes by keeping crackers in it. I remember, we used to live on the third floor and there used to be a girl on the fourth floor, whom everybody used to like. So once I exploded her letter-box as well, ” he added.

Abhishek and Shweta appeared together on Koffee With Karan last year where they talked about their parents. Karan asked Shweta to reveal a secret about Abhishek and she said that he used to suck his thumb as a kid and also wet his bed.

Would you have thought that this kid would grow up to be "Dabaang" actor?

One of the cutest child artists is today one of the hottest on-screen stars!

Ranveer Singh has carved a niche for himself in the industry is known for his acting prowess and his fun and energetic personality. In this snap too, we can see baby Ranveer with full of energy!

Who would have thought this little girl would win a beauty pageant, become an actress and also an international acteress!

Ahead of the Children's day, Rishi Kapoor treated his fans by sharing this throwback picture where he can be seen sipping cola along with his friends. The picture also shows Boney Kapoor, Sanjay Kapoor, Tutu Sharma, Aditya Kapoor, and Anil Kapoor and it is too difficult to guess who is who.

Even back then, she used to be so cute!

Even back then, this chocolate boy can impress ladies!

How can someone look so innocent!

This Adonis of Indian cinema was once a 'awww-dorable' kid!

In this picture, we can see Sara posing with dad Saif Ali Khan, mother Amrita Singh and brother Ibrahim Ali Khan for a perfect family photo!

During an interaction with a media portal, Siddharth revealed how he used to borrow money from his grandmaa. He said, "I remember an incident from my childhood. I used to charm and butter up my dadi, so I could get `50 from her. I used to spend that money on hot chocolate fudge sundae, at an ice-cream parlour in Delhi. My dadi could make me do anything in return for that `50. From mowing the lawn to getting her essentials from the market and even sitting through a puja, she could make me do anything!"

Although this star kid is yet to make her debut in Bollywood but she had garnered several compliments for her cute looks!

"A happy family is but an earlier heaven", rightly said by George Bernard Shaw and here's a proof of the same. In this snap, Ambanis can be seen posing for the perfect family photo.