10 Creatures From Hindu Mythology And The Stories Behind Them

Did you know that Hindu mythology is filled with stories of beasts, demons and other mythological creatures? If not then take a look below. 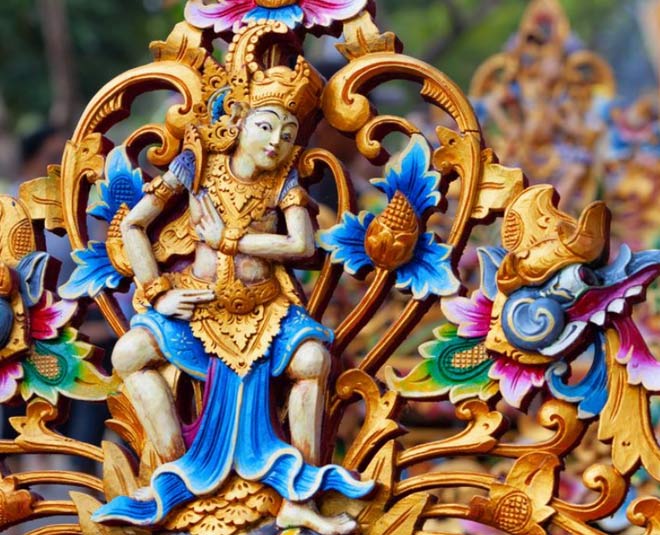 Hindu Mythology is very intriguing because it is filled with rich contexts of legendary stories that still manage to hold people’s attention and leave them spellbound. Not only gods and goddesses, but this mythology has an account of many different sorts of creatures, beasts, and demons that most of us do not know about.

So, to enhance your knowledge about these mythological creatures that existed in ancient legends, we are here to take to tell you all about them. Take a look. 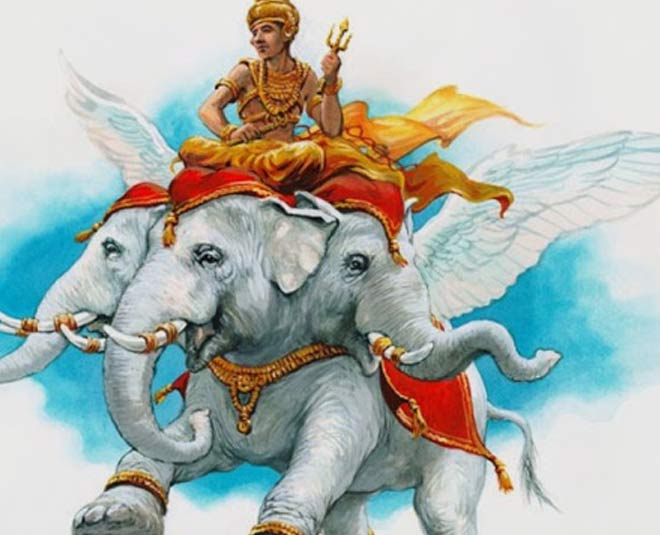 When Lord Brahma sang the seven sacred hymns over two parts of the eggshell from which the famous winged beast Garuda had hatched, then Airavat the three-faced elephant was born. Airavat served as Indra’s mount and was very powerful and intelligent. It is believed that he helped Lord Indra defeat the demon of droughts 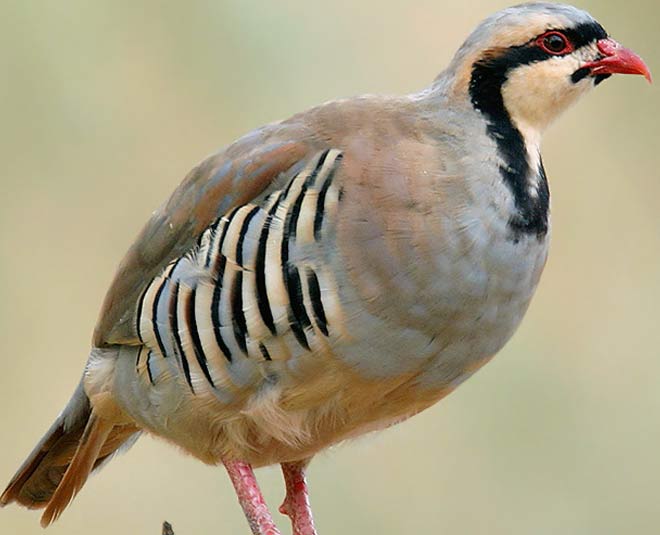 Chakora is a bird like creature considered to be a devotee of the moon. It is believed that Chakora fed on the moon beans and remained happy during night while he starved during day. 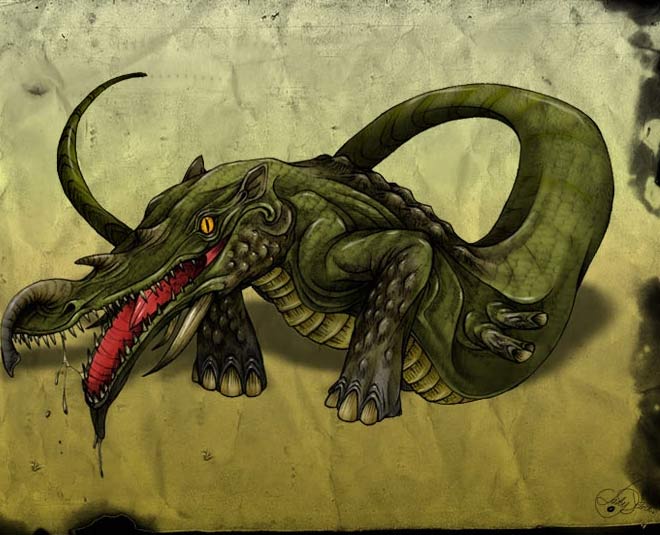 Makara is a guardian amphibian and is presented with the face of a stag, deer, crocodile, or elephant along with a tail of a fish. The Makara also serves as the mount for the Sea Goddess Varuna, as per legends. 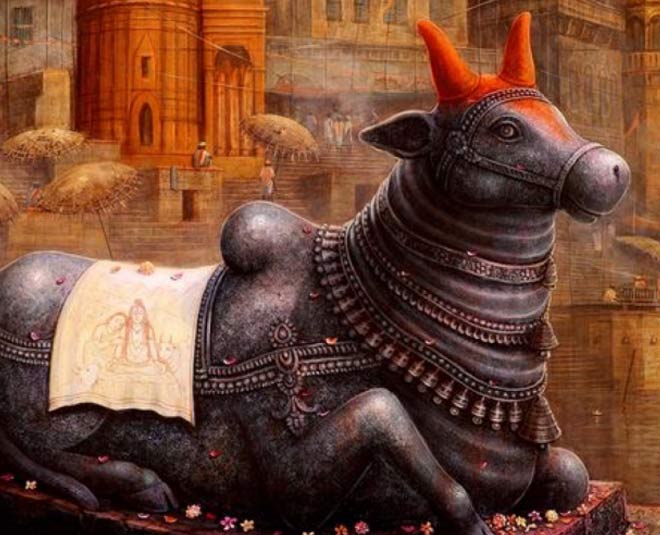 Nandi, the son of Kamdhenu and Kashyapa was gifted to Lord Shiva by the Gods in order to calm him down. Actually, the milk from the many offsprings of Kamdhenu -the mother of all cows, flooded Lord Shiva’s stomach and disrupted his meditation, this made him very angry and he struck all the cows with a bolt from his third eye. 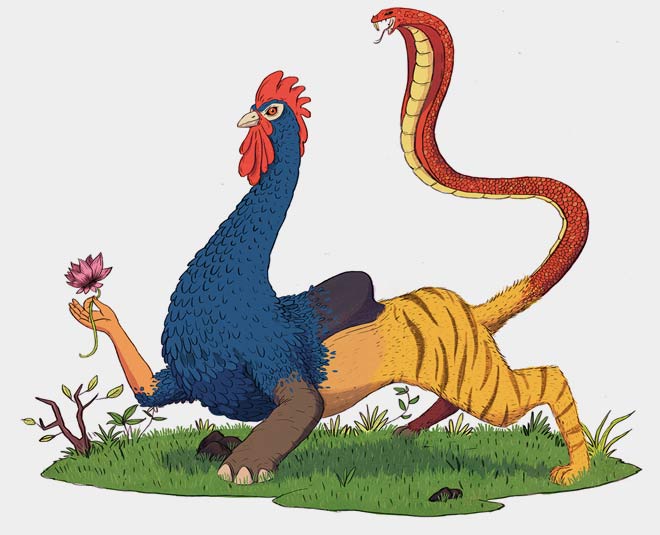 Made up of 9 animals, the Navagunjara was said to have a rooster’s head, three feet of an elephant, tiger, and horse respectively,  along with the fourth limb being a human’s raised hand holding a lotus. Further, the creature had the neck of a peacock, the hump of a camel, the tail of a serpent, and the waist of a lion. It is believed that Lord Krishna took this form to test Arjuna while he was hunting in the jungle. 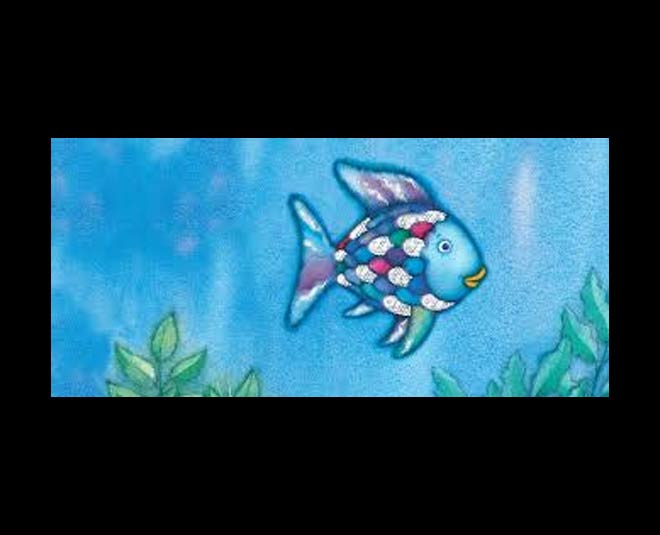 The rainbow fish is defined as a large aquatic creature with scales of four colours red, green, yellow and blue, each meaning fire, earth, air and ice respectively. The fish is said to have swallowed Buddha. But when it was finally captured, and Buddha was rescued, the fish served food for the whole country for a year. 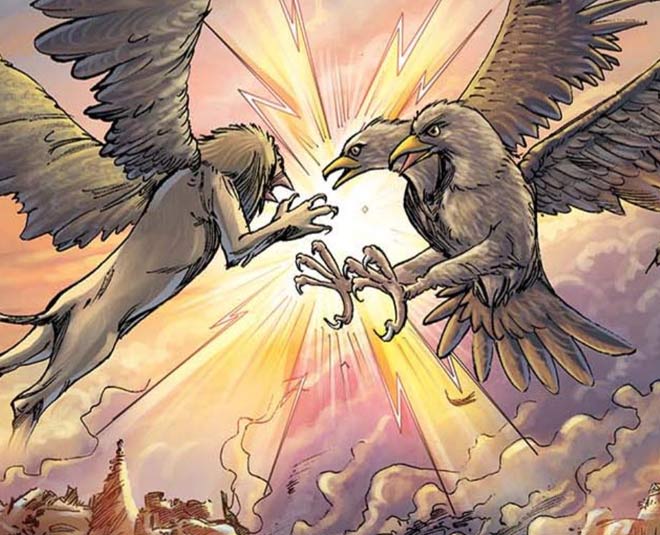 Once Narshimha - The reincarnation of Lord Vishnu as a lion-man to kill the asura king, Hiranyakashaypu, was enraged and there was nothing the Gods could do to calm him down. Then Lord Shiva was sent, he took the form of a cannibal bird, giant and frightening, and scratched Narsimha and took him off to a far-off land. 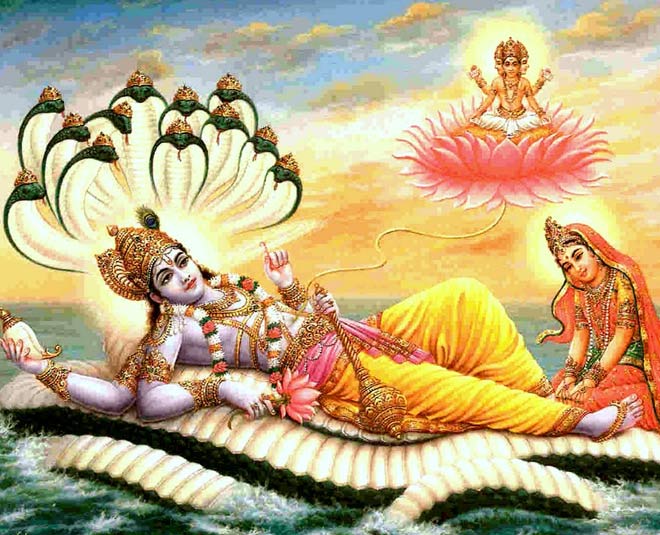 Sheshnaag had 1000 troublesome brothers who caused problems for everyone. So, one day he went off to the Himalayas and observed strict penance. Lord Brahma, impressed by his dedication, blessed him to be the servant of spirituality, as he desired. Since then Sheshnaag coils around the earth to hold it steady. 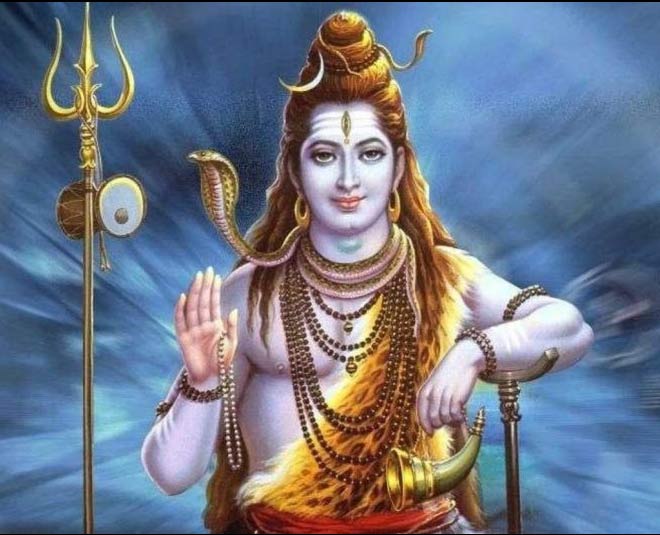 It is believed that at the time of cosmic churning of the oceans, Lord Shiva had consumed the poison that was released from it. But lesser did we know that there were snakes along with him helping consuming the poison too. So, to honour the snakes, Shiva placed their king Vasuki around his neck. It is said that it keeps the poison from sliding down his throat. 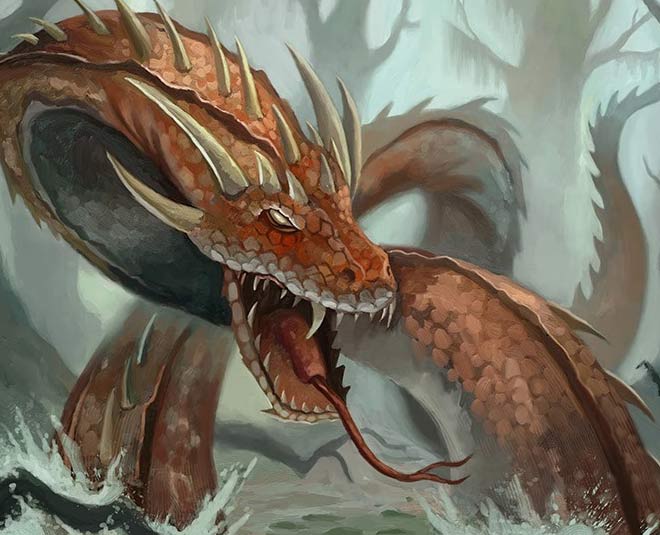 Vritra Ahi is a dragon from Hindu mythology that is considered to be the demon of misfortunes. He once drank all the water on the earth and curled up against a mountain. Lord Indra defeated the demon along with his elephant Airavat and soon after that, earth’s fertility and water were restored.

Mythological Stories
X
X
+
For You +