Expert Explains Everything You Need To Know About Bindi Allergy

While wearing a bindi enhances our look, it can also create problems like redness and itchiness. Read to know more! 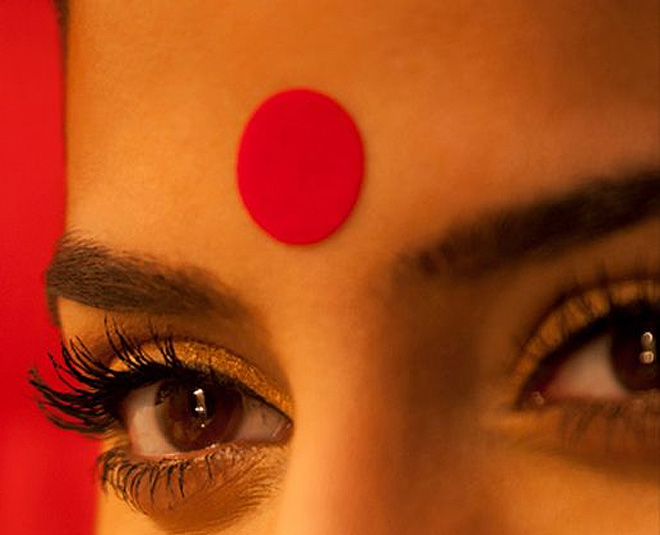 Bindi is an important part of Indian women’s make-up tradition. For ages, it has been believed that a married woman’s look isn’t complete without a red bindi on her forehead.

In some households, women sport bindi all day long which can sometimes lead to skin reactions in the form of itching and redness over the forehead, said Dr. Nandita Barua, a Dermatologist at Paras Hospital Gurugram in an exclusive interaction with Team Her Zindagi. “Severe itching has also been reported by some patients. If not allergy, sometimes due to the continuous application of bindi, a whitish patch appears or the area gets de-pigmented,” Dr. Nandita added.

Before sticky Bindi came into practice, vermillion or kumkum was used. Kumkum is made with turmeric and slaked lime along with colour enhancing dyes. It was commonly available in powder as well as liquid form. It is applied over the forehead by men as well as women. With changing times, the traditional bindi was replaced by a sticker bindi in various shapes, styles, and colours. However, the glue used in it often doesn’t suit the skin of various women resulting in an allergy. The clinical term of bindi allergy is bindi dermatitis. It usually happens because of the chemicals used in bindi. One main chemical of the bindi is Para Tertiary Butyl Plenol (PTBP), which causes a reaction in sensitive skin.

The prolonged application of these agents leads to considerable damage to the skin. In rare cases, malignancy or cancerous changes are also known to occur, but with proper care and management, we can easily overcome this condition.

Women often ignore the basic symptoms and continue their application. One should consult a doctor immediately if they undergo any of the below-mentioned symptoms. 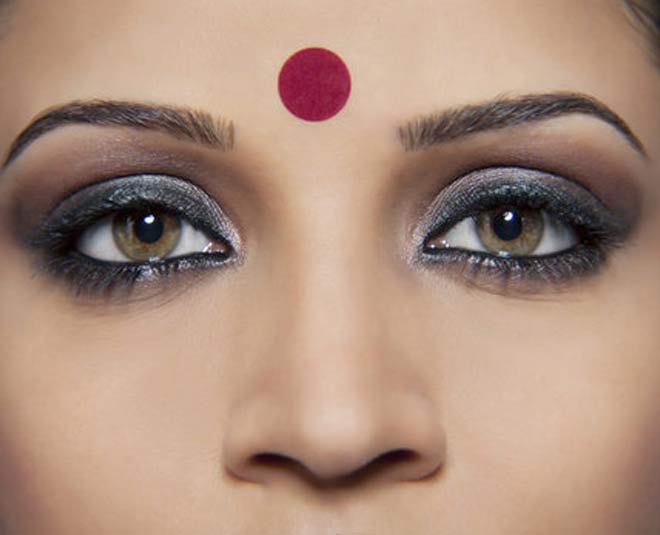 “If you’re experiencing any of the symptoms, immediately stop using sticky bindi then and there. However, due to the Indian social and cultural setup, if you find bailing on bindi difficult choose other feasible options. Or simply before applying a bindi, put a mixture of bee wax with sesame oil and then stick the bindi over it,” suggested Dr. Nandita.

Don't Miss: Struggling With Dry Skin? Add These Products To Your Beauty Kit To Get Soft, Smooth Skin

Sometimes, cultural and socio-religious beliefs influence have the potential to introduce health hazards in our bodies. Bindi dermatitis is a simple and common condition in the Indian population and if we stick to our beliefs instead of believing in medical science then we might end up making our problem severe.  “One should not hesitate in visiting a doctor and should follow the doctor’s advice, forgetting all the inhibited notions. Don’t forget, with proper care and management we can easily overcome this condition,” concluded Dr. Nandita.

Want To Read About Some More Reactions?- Makeup Lovers, Do You Know These Side Effects Of Using Makeup?

We hope that you have become more aware and have gained valuable information from this article. For more such content, stay tuned to Her Zindagi!