Samantha - Naga To Hrithik - Sussanne, Celebrities Who Made Headlines For Their Divorce And Alimony

Samantha Prabhu and Naga Chaitanya are making news not just for their separation but alimony too.

One of the most popular celebrity couples, Samantha Prabhu and Naga Chaitanya recently announced their divorce on social media. Naga Chaitanya and Samantha Ruth Prabhu dated for almost 10 years before they tied the knot 4 years ago as per South Indian and Christian wedding rituals.

The rumours of the two getting separated started doing rounds a few months back when Samantha changed her social media profile name from Samantha Akkineni to S.

Samantha Prabhu took to her Instagram profile and shared a post that read,  "To all our well-wishers. After much deliberation and thought Chay and I have decided to part ways as husband and wife to pursue our own paths. We are fortunate to have a friendship of over a decade that was the very core of our relationship which we believe will always hold a special bond between us. We request our fans, well-wishers and the media to support us during the difficult time and give us the privacy we need to move on. Thanking you for your support."

Not just Samantha and Naga's divorce but their alimony too is making headlines. As per a report by India Today, Samantha Ruth Prabhu has refused to accept alimony from Naga Chaitanya. According to the report, Samantha Prabhu was offered INR 200 Crores by Naga Chaitanya and Akkineni family. As per a source, Samantha has decided to not take even a single penny from the family.

The source told India Today, “It’s not easy for Samantha to get up and go to work every day. She is massively heartbroken. But she doesn’t want any project that she is associated with to suffer because of her personal life. She has always been a thorough professional and continues to be, putting up a brave front every day. It’s not in her to be unprofessional."

Not just Samantha Prabhu and Naga Chaitanya, many other famous Indian celebrities have made headlines for their divorce and alimony. Read on to know.

After 13 years of being married, Hrithik Roshan and Sussanne Khan decided to end their marriage. The reports suggested that Hrithik and Sussanne's divorce happened by mutual consent. Hrithik's statement as per a report by Bollywoodshaadis read, “Sussanne has decided to separate from me and end our 17-year relationship. This is a very trying time for the entire family.” 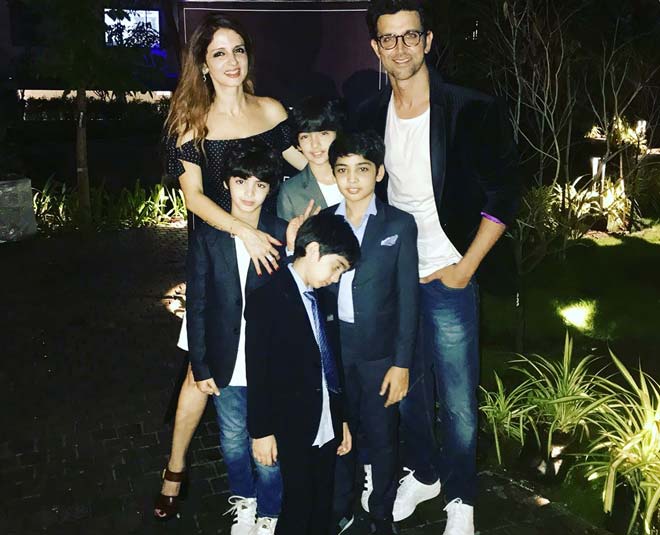 Not just their shocking divorce but alimony to made headlines. There were reports of Sussanne Khan of demanding INR 400 Crores from Hrithik Roshan as alimony. Reports later also suggested that Hrithik Roshan agreed to giving her INR 380 Crores. However, later, Hrithik Roshan took over his Twitter account and wrote, “Fabricated news articles. Demeaning my loved ones. Testing my patience.”

Karisma Kapoor and Sanjay Kapur filed for divorce in the year 2014 after 13 years of her troubled marriage. Karisma Kapoor had filed a complaint against her husband of domestic violence and harassment by mother-in-law. On the other hand, Sanjay Kapur accused Karisma of marrying him just for money. Their wedding came to an end as per mutual consent. According to a report by Starbiz.com, the two came to a consent when Sanjay Kapur transferred his house to Karisma Kapoor's name and gave a bond worth INR 14 Crores for his kids expenses and maintenance.

Saif Ali Khan and Amrita Singh's both wedding and divorce became the talk of the town back then. They had a huge gap of 13 years and their wedding lasted for 13 yeaars. After their separation, Amrita Singh reportedly demanded a huge alimony. In an interview, Saif Ali Khan while talking about his finances shared, “I’m supposed to give Amrita Rs. 5 crore, of which I’ve already given her approximately Rs. 2.5 crore. Also, I’m paying Rs. 1 lakh per month until my son becomes 18. I’m not Shah Rukh Khan. I don’t have that kind of money. I’ve promised her I’ll pay up the rest of the money, and I will, even if I’ve to slog till I drop dead.”

Sanjay Dutt got married for the second time to Rhea Pillai. The two were friends and then fell in love. Rhea Pillai is the daughter of Maharaj Narsingir Dhanrajgir Gyan Bahadur of Hyderabad. They got married in 1998 but their wedding didn't last for long. As alimony, Sanjay Dutt gave her INR 8 crores with a luxury car.

Coming back to Samantha Prabhu and Naga Chaitanya, what are your thoughts on their separation? Share with us on our Facebook page. For more such stories, stay tuned!