Indian politicians continue to be obsessed with actresses' cheeks. We haven't really come a long way!

Honestly, Indian politicians and their bizzare remarks on women don't surprise me anymore. For decades now, the nation's leaders have been passing offensive comments on women and there is no dearth of such instances.

What's surprising is that the backlash Indian politicians have recieved in the past for their controversial remarks hasn't really knocked any sense into them.

Remark On Katrina Kaif In The Name Of Laughs

Newly made state minister of Rajasthan, Rajendra Singh Gudha while addressing a public gathering in Jhunjhunu district was seen telling an officer that the roads should be made like the cheeks of Katrina Kaif.

That's not all! Initially, he told an officer that the roads should be constructed as smooth as Hema Malini's cheeks. Soon, the minister had a realisation and then he age shamed the veteran actress turned politician Hema Malini. While addressing he said that Hema Malini is old now.

He then took suggestions from the public about younger actors and further commented on Katrina Kaif. It was further surprising to see the minister earning an applause from the audience for his sexist comments. It hinted at the deep rooted misogyny.

Many know former Union Minister of Railways, Lalu Prasad Yadav's obsession with veteran Bollywood actress Hema Malini. When Lalu Prasad Yadav came to power in the year 2000 in Bihar, he claimed that the roads of Bihar will soon be turned as smooth as Hema Malini's cheeks. His remark, however, was brushed aside. 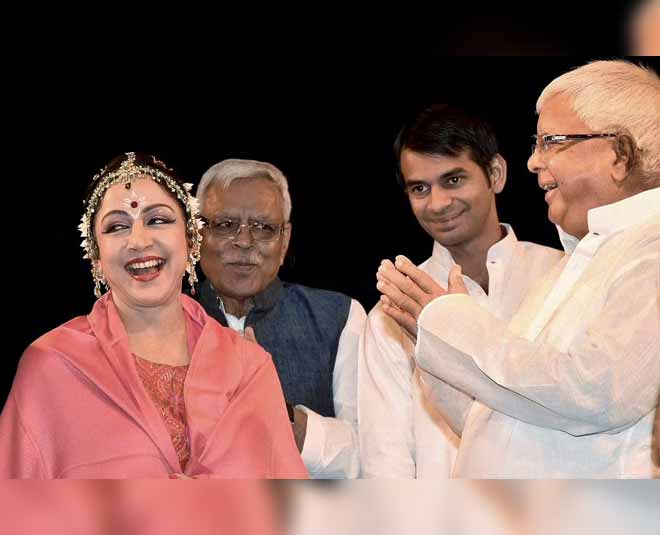 Years later now, Rajasthan minister, Rajendra Singh Gudha's has made a similar jibe. From Hema Malini's cheeks to now Katrina Kaif's cheeks, looks like nothing can really put an end to such offensive remarks by the nation's leaders.

Times Ministers Passed Outrageous Remarks In The Past

BJP leader Tirath Singh Rawat's comments on a woman wearing ripped jeans and boots got severe backlash earlier this year. The leader shared that he was shocked to see a mother wearing ripped jeans and boots on a flight with her children. He said, “If such women go out in the society to meet people and solve their problems, what kind of message are we giving out to society, to our kids? It all starts at home. What we do, our kids follow. A child who is taught the right culture at home, no matter how modern he becomes, will never fail in life.”

Don't Miss: Mumbai Police Calls Out Misogynistic Bollywood Dialogues And Can We Get More Impressed?

In the year 2015, Goa Chief Minister Laxmikant Parsekar told the protesting nurses that they should not stage a hunger strike in the sun as it will darken their skin and they will not get a good bridegroom.

One of the nurses told PTI, "When we met the Chief Minister over our demands at Ponda today, he said the girls should not sit on hunger strike in hot sun as their complexion will become dark and they will not find a good bridegroom."

How India Treats Its Women 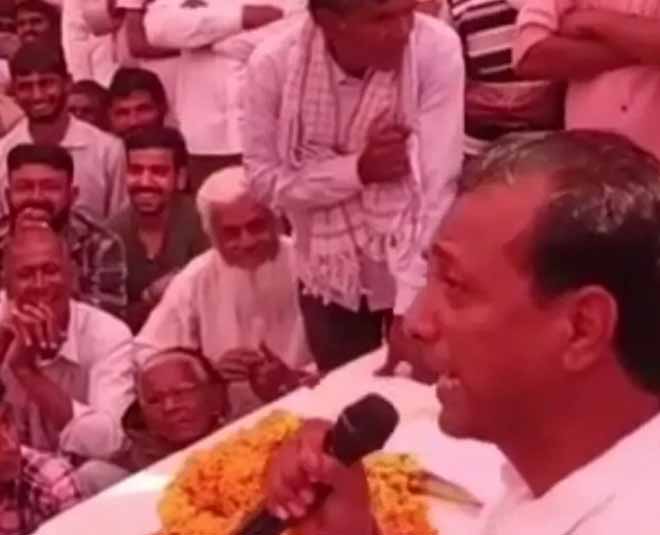 What is to be like a woman in India? Honestly, it is no joke.

Misogynist remarks, piercing male gaze, eve teasing, sexual objectfication, are all a part and parcel of a female's life in the country. No wonder why India is one of the most dangerous countries for women.

Don't Miss: What Is Cinematic Male Gaze And Why Is It Problematic?

Minister Rajendra Singh Gudha's objectionable comment only explains the status of women in the Indian society. When our leaders don't find such comments degrading, treat women as mere objects, what message are they sending out to others?

Respecting women isn't a rule in India but surely should be a responsibility men should take. High time!