As the hockey team of India is all set to take over the Tokyo Olympics, read about our forward striker Sharmila Devi!

With the commencement of the Tokyo Olympics since the 23rd of July, there is a whole lot of excitement in the air! However, the curiosity and excitement with respect to women's hockey have been on a whole different level.

Even though our girls could not bag the bronze today, we have never been so proud of them. They have been a tough competition for all their opponents and have played with unbeatable determination and fearlessness! We know they are teary-eyed at their loss of 3-4 against Great Britain in the match for bronze, but we can't wait to welcome our champions home.

In this article, we will be taking you through the journey of Sharmila Devi, a promising youngster who had been playing as a forward striker at the Tokyo Olympics this year!

Who Is Sharmila Devi

Sharmila Devi is a member of the Senior India National Hockey Team and is going to play as a forward striker. She was born in the year 2001 on the 10th of October in Haryana. Her senior debut was made at the Tokyo Test Event(read about other qualifiers) in the year 2019 soon after which the pandemic put a halt to her love and passion for the game. Though her exposure at the international level has been comparatively lesser, her capability and zeal for hockey remain unharmed!

Her Debut As A Senior: Tokyo Test Event 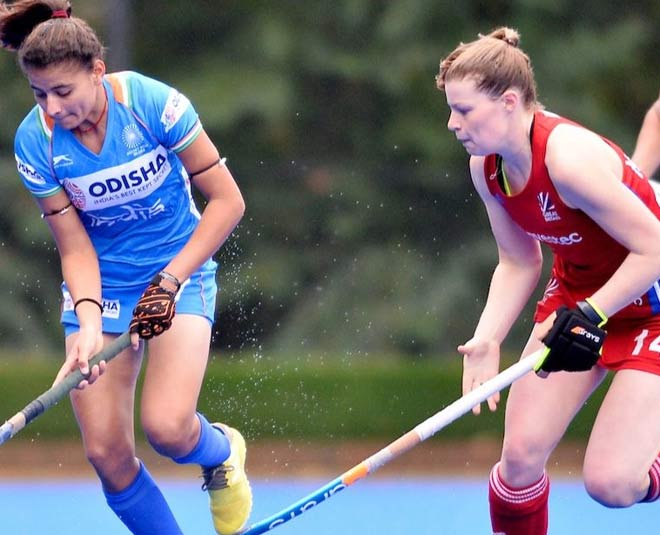 As Sharmila sported fearlessly at the qualifiers, she said to a news daily that this was the first time she had played in front of such a large crowd. At the game, when team India was still at zero with their opponent at four, Sharmila learnt how to manage stress and pressure at such a crucial stage.

While we expect Sharmila Devi to take down each and every one of her opponents in the upcoming matches,(who are the other sportswomen who qualified), let us also tell you the other important matches that she has been a part of before this.

In the year 2019, she made her debut in the senior hockey team. In the same year, she was also included in the Great Britain Series followed by her participation in all the other important Olympic Qualifying Series.

She has been trained at the Sonepat-based Pritam Siwach Hockey academy. Ever since she scored a very crucial goal in the first match against the USA in the year 2019, all eyes have been on her.

The year 2019 has obviously been a very crucial year in her life. However, let us tell you about her journey before she came to be known as the promising striker in team India.

Don't Miss- Tokyo Olympics: All You Need To Know About Golfer Aditi Ashok

She was born in a small city in Haryana called Hisar to a farmer father and a homemaker mother. She was always interested in playing hockey and was supported by her father in the same. She played in her village for a long time and then went to Ahmedabad to train. Though she was training hard and working tirelessly, she could not make it through any selection process.

In the year 2018, she got in the junior hockey team and since then it was all uphill for this young player.

She played there and soon got into the National Senior Team, where she played the Tokyo Qualifiers. At the age of 19, when most of us were still confused about what we want to do in life, our pride Sharmila Devi has decided to do nothing less than making the nation cheer with glory! Such a young girl, having extremely promising hockey skills and an unhindered determination is not only rare but a very precious combination! Sharmila Devi is an aggressive forward-line player who is fierce and unbeatable!

We wish Sharmila Devi all the very best for her games to come in the future. If you liked this article and wish to read more such content, stay tuned to Her Zindagi!