Tokyo Olympics 2020: Journey Of Simranjit Kaur, The First Girl From Punjab To Participate In Olympics Boxing!

Read about the journey of our female boxing champion, Simranjit Kaur up until the Tokyo Olympics, 2020.

Simranjit Kaur Baatth was seen representing India in Tokyo Olympics in the women’s lightweight category(57-60kg) in boxing. As she lost to Thailand's Sudaporn Seesondee, it is important for us to know the journey that our girl has made so far!

Simranjit Kaur was born in the year 1995, on the 10th of July in Chakar, Punjab. As she grew up, all her other siblings were into boxing. Even though her mother had always supported her in her journey, initially her father was very skeptical about this field for his daughter. However, as she started to win and perform better in every competition, he began to believe in her. With the support and the right training, Simranjit Kaur was into the world of boxing at the tender age of 15! In an interview with a news daily, Simranjit Kaur had shared how initially she took no interest in boxing. In fact, she was keener towards completing her education. She was performing well in academics and wanted to continue in that stream. However, one day her mother and her sister took her to the ground and made her try boxing for the first time. This is when she really enjoyed it and took it up as a career option!

At the age of 15, she started her training at the Sher-E-Punjab Sports Academy in the year 2010. Even though her father was reluctant in the start, her mother was more determined than ever because she wanted her daughter to get the fame that she could not(read more on mother-daughter relationships). Simranjit Kaur’s mother used to play Kabaddi but could never go to the national level because of the lack of support from her parents.

In the year 2011, the actual career of Simranjit kickstarted when she bagged a bronze at the Junior Women National Boxing Championship in Patiala. Post this, it went uphill for the boxer. She then went to Vishakhapatnam where the female boxer's national camp was held. In the camp she realised that she really wanted to play for the country, she wanted her jersey to say INDIA! Don't Miss- Read All About Annu Rani's Journey Of Making And Breaking Records In Javelin Throw! 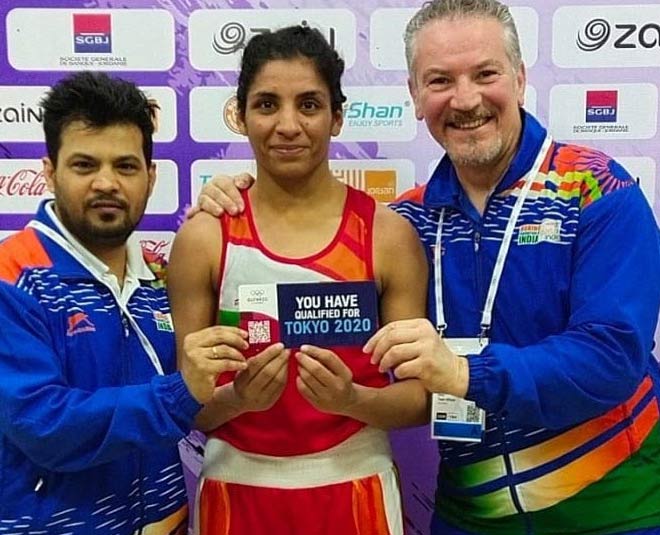 As nine boxers qualified for the Tokyo Olympics, Simranjit Kaur was initially seen as a Gold medal prospect. At the Tokyo Olympics, Simranjit Kaur was seen in the women’s 60kg category(read more on women who made us proud). However, she lost in the pre-quarterfinals, to Sudaporn Seesondee, a player from Thailand. Making an early exit from the games with a scorecard of 0-5, we have nothing but high hopes for Simranjit and know that she will be back with a bang!

If you enjoyed reading this article, stay tuned to Her Zindagi for more such content!